Etrian Odyssey 4: Legends of the Titan captures the essence of exploration: fear, doubt and finally victory.

As the latest addition to a franchise known for its difficulty and complex, sprawling mazes, Legends of the Titan is nothing new. It employs some of the most basic elements of role-playing: design your party, grapple with fearsome beasts, find your way to glory.

That path to fame isn't always easy. The game's difficulty leaps from bearable to punishing with no warning, and level grinding is often the only viable strategy to continue. But Legends of the Titan surpasses the expectations of a generic dungeon crawler with its absorbing map-making mechanics. It's a bumpy journey, but one that rewards patience and willpower.

Legends of the Titan has no intention of telling a great story. You lead a guild of untested explorers in the city of Tharsis seeking a way to fortune and fame. Your end goal is Yggdrasil, a legendary tree that is said to lead people to paradise. The Count of Tharsis has issued a challenge to all free and able bodies: Find Yggrasil and learn the truth behind its existence. Besides setting up that premise, the plot exists only to feed basic information to would-be adventurers.

At the journey's outset, you create a party of five characters out of seven available class choices (with three more unlocking later). The classes fill basic damage, buffing and healing roles, though under new names — the landsknecht is a warrior, the sniper is an archer, the runemaster is a mage, etc. Legends of the Titan provides no advice over which classes to go with, but you're free to create and delete new characters on a whim, experimenting with different setups for as long as you'd like. With a few rare exceptions, the characters have no personality, but the challenging nature of the game makes it easy to get attached. Characters endear themselves by reviving a teammate, dealing a killing blow in a tense encounter or, more commonly, successfully fleeing from battle when all others have fallen. 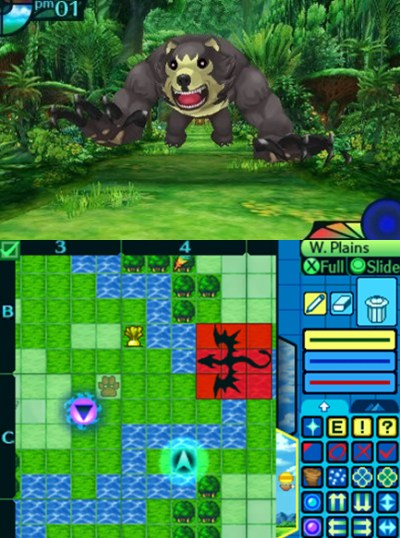 Frustration colored my experience, but it got easier. Or I got smarter.

You'll need to get used to running away from time to time. The Etrian Odyssey series is notoriously hard, and Legends of the Titan lives up to that reputation. When you venture out into the game's many first-person mazes, you will die. You will die quickly, you will die often, you will die from being sucker punched in the gut by a giant wallaby. The turn-based battles require your full attention to capitalize on skills and use your party to its full potential. This challenge can be tedious when backtracking through old areas or grinding, but it's a welcome rush when exploring new dungeons.

Aside from the typical random encounters, on-screen "FOE" monsters show up on every map. These overpowered enemies can wipe your entire party with a single attack, effectively erasing whatever progress you've pumped into the game. Frustration colored my experience at first, but it got easier. Or I got smarter. Legends of the Titan excels at teaching you to value every step you take. FOEs move in tandem with the party, and learning how to sidestep or avoid them completely is a triumph I came to know well.

Despite its determination to batter you into the ground, Legends of the Titan is surprisingly approachable for those new to the series. Nervous players can start their journey with Casual Mode. If you die in Casual Mode, your party is transported back to town rather than totally wiped. Some of the game's precious, hard-to-come-by items won't be expended by use. Even the game's normal mode is full of tutorials that will help you quickly adapt. Legends of the Titan is willing and able to coax players into feeling comfortable without sacrificing difficulty altogether.

Etrian Odyssey could stand to make some improvements in one area: the game's reliance on level grinding. A bit of grinding is to be expected in dungeon crawlers, but Legends of the Titan does little to make this process more than mindless. I was never impressed or excited by the enemies I encountered — kangaroos, butterflies and countless other forgettable and unintimidating monsters. As a fan of stat customization in RPGs, I was excited to see leveling trees, but most of the skill choices available are boring. I didn't feel compelled to branch out my trees, and sometimes I'd forget to advance new stats altogether. I'd unlock new skills, but fall back to using old ones.

Legends of the Titan forced me to level for the sake of leveling. The game encourages you to sink more time into grinding by "retiring" characters, which gives you a new character with half their level, extra skills points and bonus stats. Side quests grant extra experience points and cut the time spent button-mashing through encounters, but those too lacked color. After completing a handful of "find this here, deliver this there" missions, I grew bored and resigned myself back to dungeon crawling.

Legends of the Titan may have lost out to monotony were it not for the game's focus on cartography. With each new maze, players are challenged to chart their progress on the 3DS' bottom screen. Maps begin as a blank grid, with the floor automatically colored in for each steps you take. The rest of the map is up to you. You fill it in by marking off walls, placing symbols signifying doors and more with your stylus.

Mapping is the game's adventurous heart. It's the driving factor for exploration, more so than the story or battles. With each new maze, I was a woman possessed. I had to venture to the farthest corner of the map to uncover every tiny, uncharted square. With a sheet full of icons to customize each map, they became more than just my survival guide. They were my signature. 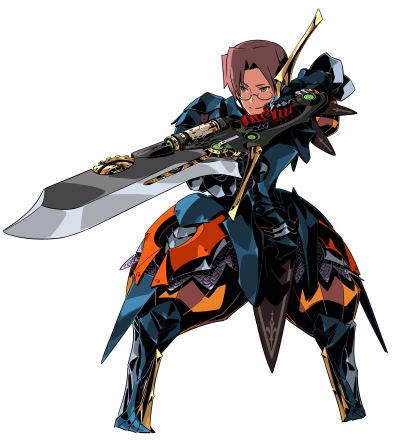 Etrian Odyssey 4 can tear you down, but the success of map-making is worth it

Etrian Odyssey 4: Legends of the Titan is like having a best friend that hates you. No matter how much time you spend with it, it carelessly and consistently tears you down. The long hours you put in can be blinked out of existence without a second thought, and it relentlessly tells you that you're not good enough. But success is a road lined with pain and failure, and no amount of frustration, agony or doubt is comparable to the pleasure of conquering yet another blank map.