Epic Mickey 2: The Power of Two coming to PS Vita in the UK

Share All sharing options for: Epic Mickey 2: The Power of Two coming to PS Vita in the UK

Epic Mickey 2: The Power of Two, Junction Point's co-op platformer which was the last title the studio developed, is coming to the PS Vita in the U.K., according to a recent tweet from Disney's U.K. chapter.

No details about the port were revealed, though the tweet mentioned it would launch "later this year" and was accompanied by the PS Vita version's official box art, posted below. Disney U.K.'s Twitter feed does not mention whether the game will also be ported to Sony's handheld worldwide, or who will even be developing the game — Blitz Games was the outfit responsible for the game's Xbox 360, PS3 and PC ports, so it might be in charge of this version, as well.

We've reached out to Disney to find out its plans for bringing the game stateside, assuming it has any. 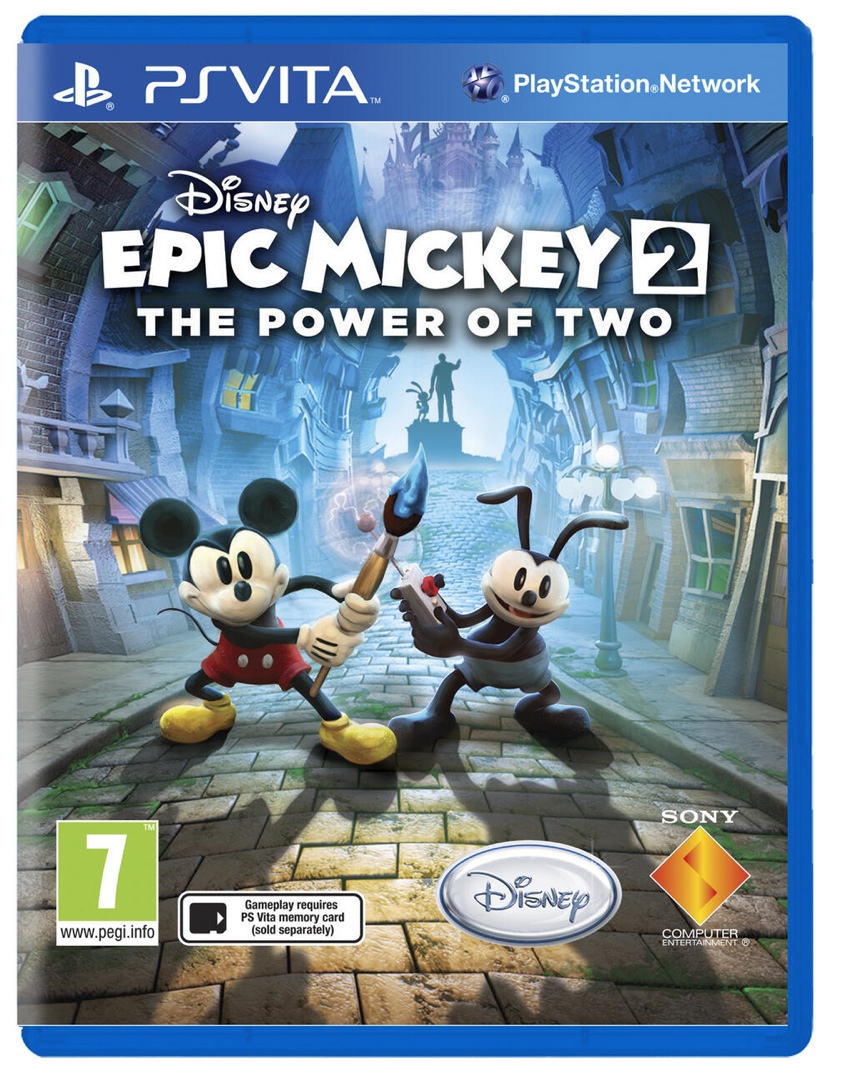