Share All sharing options for: The Elder Scrolls Online will be playable at a 'gathering for all citizens of Tamriel' at PAX

Bethesda Softworks will have a playable version of the upcoming massively multiplayer online role-playing game The Elder Scrolls Online at a "gathering for all citizens of Tamriel" during PAX East this Saturday, March 23, according to a post on the developer's official blog.

The event coincides with PAX East and will take place from 6-11 p.m. at the Castle Meeting Space in downtown Boston — or as Bethesda is calling it, the "347th Tamriel Beer Garden." The "citizens of Tamriel," a reference to the continent on which the Elder Scrolls games are set, will be able to gather for "themed food," drinks, giveaways and more. You can check out the invitation below.

PAX East will take place March 22-24 in Boston, and Polygon will be on-hand to bring you all the news. 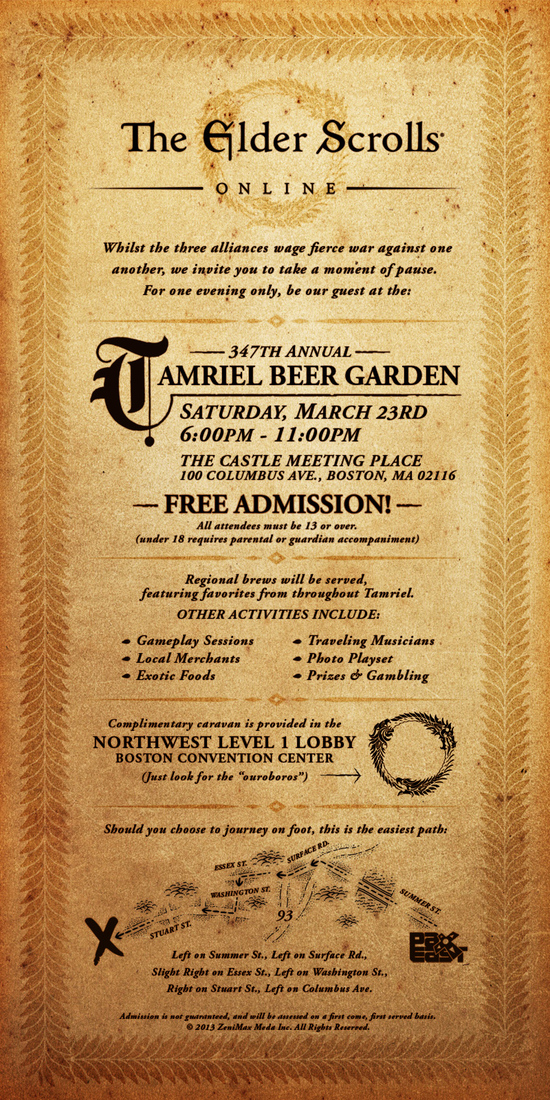