Monster Hunter 3 Ultimate is an intense, rewarding game, even if some areas need work

Monster Hunter 3 Ultimate is fueled by patience. Full of tedium, stress and hours of meticulous planning, it's only in the upswings between these difficult moments that you can feel something resembling victory.

Built on the foundation of 2010's Monster Hunter Tri, Monster Hunter 3 Ultimate inches toward approachability at its own slow pace. It adds a few great user-friendly features while remaining inscrutable to anyone unwilling to sink several hours of frustration and confusion into learning the game.

But here's the surprising part: Underneath that aggravating exterior, Monster Hunter 3 Ultimate's challenging fights and addictive crafting prove worth the effort. Eventually.

At the start of Monster Hunter 3 Ultimate, you create a hunter with humble beginnings. You've just arrived at Moga Village, a port town whose surrounding countryside is overrun by giant creatures after a recent earthquake. The villagers and an omnipresent, quest-granting, Monster Hunting guild ask you to keep them safe by taking out monsters one by one. 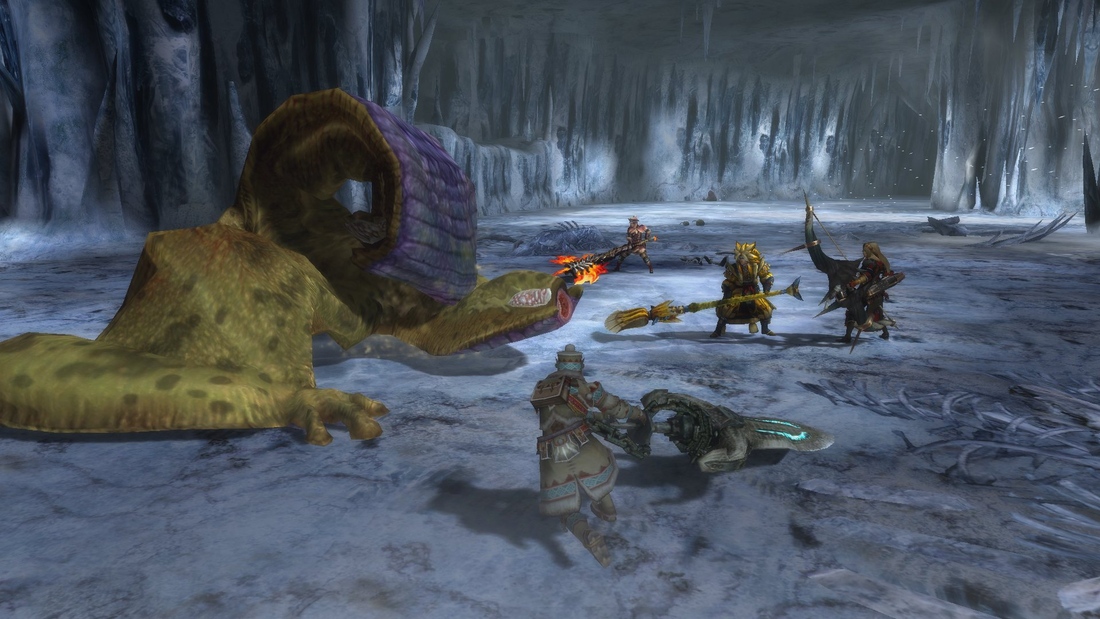 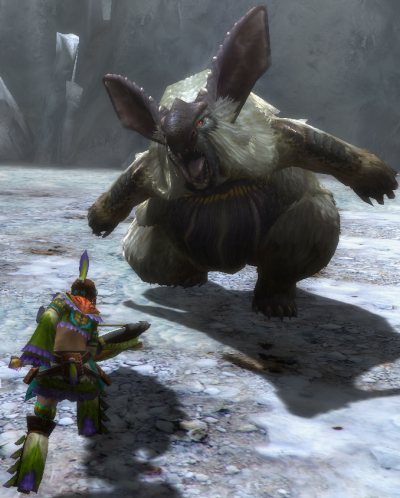 It's all pretty basic fantasy game setup, but Monster Hunter sets itself apart in the process of taking down these beasts. While some smaller enemies exist, most of Monster Hunter 3 Ultimate's fights are the equivalent of boss battles.

These boss encounters aren't short fights in a closed-off arena. I battled a giant raptor for 20 minutes as it fled across whole zones. It called in friends for backup and attempted to rest to restore its vitality. There was no health bar floating above the creature's head, so I had to judge my progress on observations. As the raptor drooled and limped away, I knew I was close to winning, and the length of the struggle made the conquest all the sweeter.

Everything about Monster Hunter 3 Ultimate is methodical. Each individual sword swing or lance thrust is a slow, steady move, and once you've pressed a button, you're committed to it; there's no dodging out of a sword slash mid-swing. The combat isn't fast, but it's deliberate. It's designed to play at a more considered pace that forces hunters to come into each situation prepared — stocked with potions, bombs, traps and any other potential necessities. I had to reprogram my expectations, but taking down the easiest of Monster Hunter 3 Ultimate's targets made me feel smarter and more skilled than the vast majority of boss fights in any regular hack-and-slash action game.

While I eventually embraced Monster Hunter 3 Ultimate's combat pacing, I can't forgive its incompetent tutorials. Before getting to actual hunts, you need to play through five to 10 hours of beginner's quests ostensibly designed to ease players into the game's many complex systems. However, they don't manage to develop even a baseline understanding of the game. It wasn't until I read a fan-made beginner's guide for 2010's Monster Hunter Tri that I comprehended some of Monster Hunter 3 Ultimate's core concepts, such as the item creation system, armor skills and its focus on crafting. It's frustrating that the game is front-loaded with such a poorly conceived introduction, and this lack of information and explanation persists in later-game content as well. 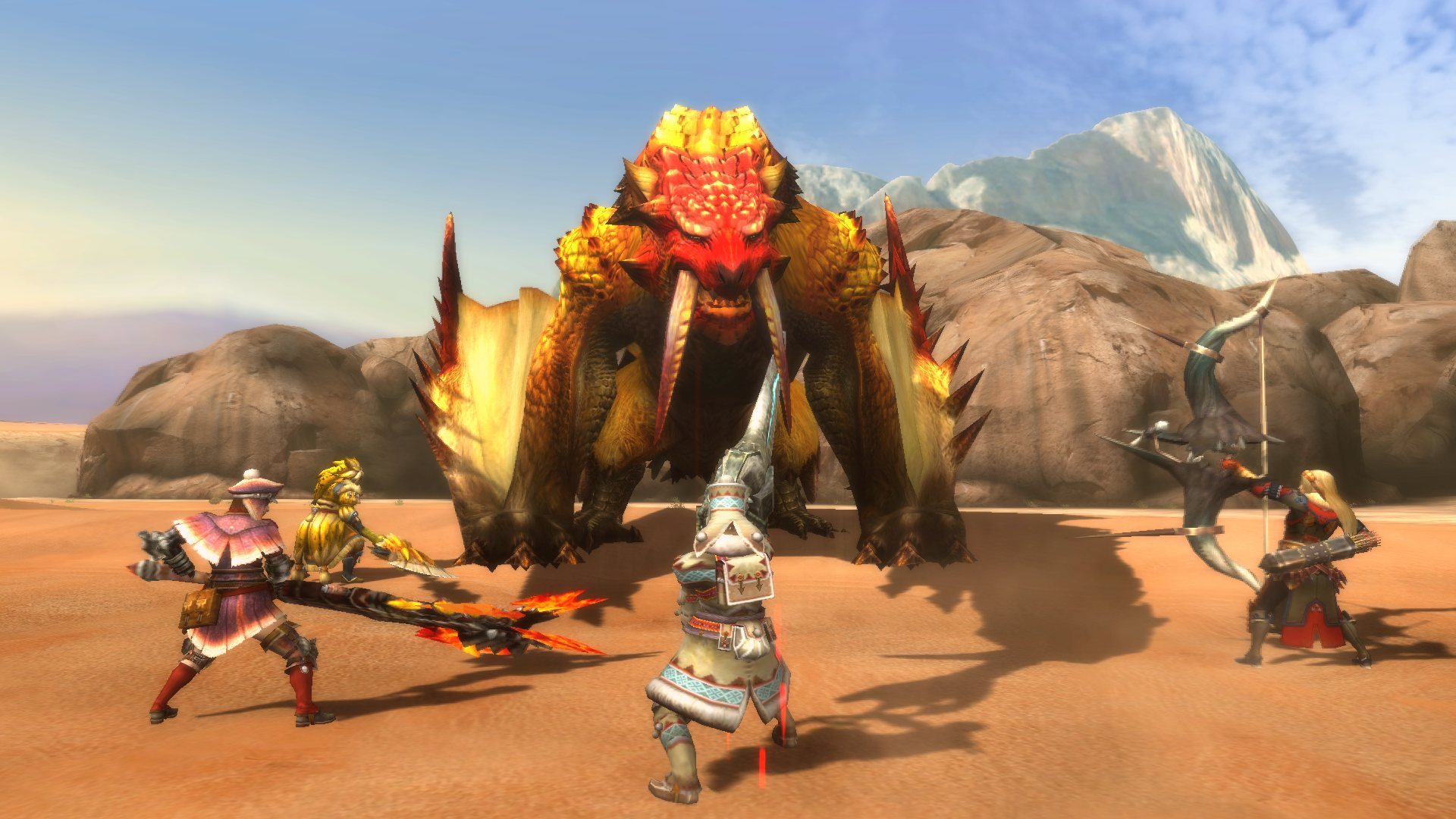 Hunter in your hands

The Monster Hunter series has always featured an obnoxiously crowded screen in its attempt to convey lots of information to players. Monster Hunter 3 Ultimate puts the Wii U's GamePad to good use to lessen this problem.

The GamePad features a number of customizable panels that can be swapped to and from the TV screen at will — from the incredibly useful (moving the map to the bottom screen) to the annoying (moving your health and stamina bars to the bottom screen). The amount of customizability impressed me; it leaves room for each player to create the perfect setup for their needs.

Monster Hunter 3 Ultimate's crafting system is a key component to its sense of progress. With each monster killed, you have a chance to carve off pieces of their body, which in turn must be used to create or upgrade most of your armor and weapons — only the earliest and most basic gear is available to purchase without any crafting materials. But the game doesn't provide an easy way to figure out where specific crafting materials come from.

Some material locations are obvious — a Qurupeco scale probably drops from, you know, a Qurupeco — but how was I to know that a flintstone also comes from that oddly named bird creature, and not from one of the several varieties of mineral veins that can be mined? The solution offered by longtime Monster Hunter players I consulted was obvious but annoying: Open a game guide on your computer while you play. It's an inelegant approach in a game where crafting is necessary to progress at all.

And yet I was up until 1 a.m. last night killing a tough rock monster for the third time in a row in hopes that I would get the last item necessary to finish my latest armor set. Once Monster Hunter 3 Ultimate got its claws in me, I frequently and eagerly pushed past the tedium to what it does so well. Each monster slain is a triumph; each new weapon is a joy to learn; each detailed piece of gear looks great despite the muddy graphics that mark Monster Hunter 3 Ultimate as a game based on a Wii title.

Aside from many new extra-difficult quests and monsters, the switch to Wii U brings one other major improvement for Monster Hunter 3 Ultimate: more stable online play for the game's four-player co-op hunts. With a simple Nintendo ID system and expanded lobbies, it's easier to find your friends. Once I was in a game, everything ran smoothly, even when playing with friends across the world. There's even voice chat through the GamePad, which is slightly muffled but intelligible — a necessity for taking on the powerful monsters available in online play. 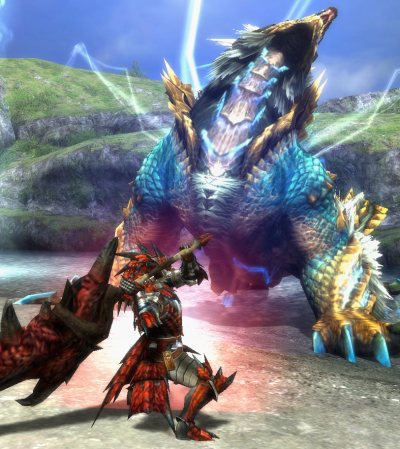 Monster Hunter 3 Ultimate is an intense, rewarding game, even if some areas need work

It doesn't take much digging to see the many areas in Monster Hunter 3 Ultimate still begging for refinement. I wish a quarter of my time hadn't been spent wading through such a poorly thought out introduction. But it also only takes a little exploration and patience to understand why its intense, rewarding battles have built up such a following. With over 40 hours on my first character, I feel like I've barely scratched the surface of what Monster Hunter 3 Ultimate has to offer, and I'm eager to keep hunting.

About Polygon's Reviews
7.5 Wii U