Star Command closes in on release, 15 months past Kickstarter deadline

Share All sharing options for: Star Command closes in on release, 15 months past Kickstarter deadline

War Balloon co-founder Jordan Coombs is reluctant to talk firm dates for the game's release because they've missed so many of them in the past, but the game is close, very close, perhaps next month close.

"No release date until it's final," Coombs told me. "We have made too many people angry issuing release dates."

"The biggest reason we missed our first deadline," Coombs said, "is that we were making a PC game on a platform that isn't designed for that. We expected a six month process because that's what it takes to make a mobile game. But we're making a PC game, for all intents and purposes, this isn't Angry Birds or Fruit Ninja as far as complexity.

"That was our first problem, we didn't have the right outlook."

I played the current build of the iOS and Android game earlier this month on my iPad Mini. (The Android version, Coombs told me, will likely hit a month after the iOS version.) The game's core mechanics and story all seem finalized. Star Command opens with players selecting a captain and a ship.

Next, players customize their ships by deciding what they want empty rooms in the ship to house. These room options initially include things like sick bays, forcefield generators and weapons. Each room requires a specific mix of tokens. These building tokens come in three colors. Players start with a random selection, but can collect more through battles.

After using tokens to build out some of the rooms, the small hull includes four, players then have to hire crew and assign them to tasks on the ship in the rooms so those abilities can be used.

Once set up, players are dropped into the game's campaign, which has them scooting between planets on missions to investigate, contact, or fight aliens. Typically, though, everything leads to a battle. 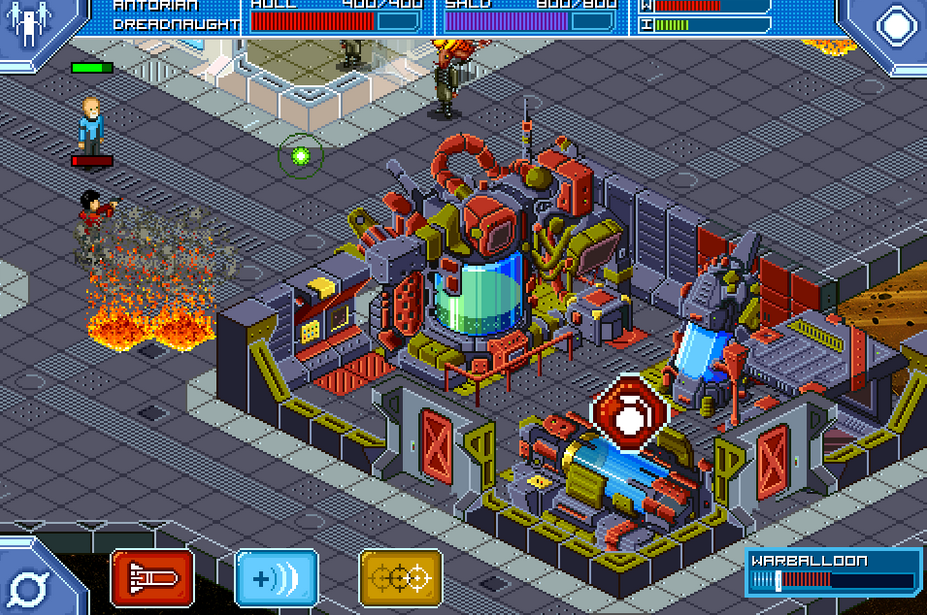 The game's battles require players to micromanage a number of things at the same time, including building required special tokens to fire weapons or boost shields, fighting off boarding aliens with crew members, healing injured characters and repairing damage with engineers. Firing off weapons at enemy ships kicks off different mini-games which impact how much damage you do. While micromanaging every element of a ship's progress through a hostile universe is quite fun and slightly addictive, I did find that the game's lack of real choice and consequence started to wear on that charm. One issue is that while crew members can level up and gain abilities in three areas, the game rarely required that of you to succeed in a battle and new crew are free. There also wasn't as much ship customization as I had expected.

When I mentioned the lack of choice and consequence to Coombs, he said that those were the chief two complaints they've been hearing from the small group they have testing the game and that they're working to address both. That will be the last thing they do before releasing the game, he said.

"The game is 99, maybe 98 percent complete," he said. "It's really close. The thing we have been doing, it's in 90 people's hands right now and we're taking into account their feedback."

That includes adding difficulty levels to the games, medium ship hulls to choose from and larger rooms that can be built in those larger ships. Some of those new rooms will include some neat new features, like an armory that can give crew members grenades, or a room that provides an interior sentry gun in a ship, Coombs said.

"The number one thing we're addressing is the complaint that your choices don't matter in the game because it's on rails," he said. 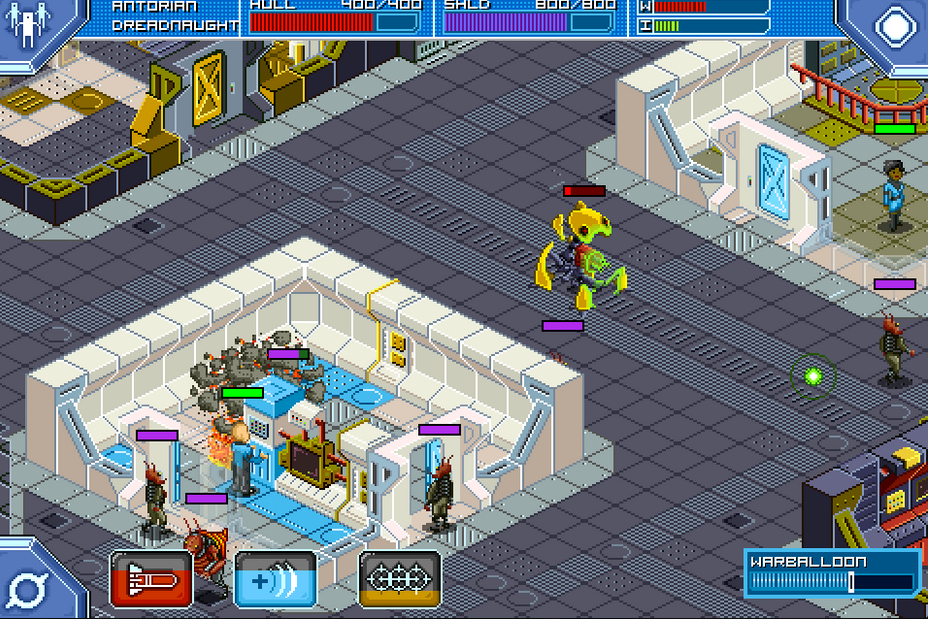 Some of the problems with the game, Coombs said, springs from a design decision the developer made early on in the game's development. The War Balloon team decided to look at Valve and its development of Team Fortress as the approach they wanted to use.

Valve "released a barebones version of the game and everyone loved that and then they continued to release content," he said.

So the initial plan was to make sure their game, a title that uses an impressive array of interconnected interfaces and ideas, simply worked, was understandable and fun.

"Now, lets add variety and spice," he said. "We really felt that the primary thing was making sure that the game was fun, the core game was fun."

Coombs is confident they've cleared that first hurdle, now they're tinkering with what else they need to add to the game without delaying it anymore.

While the mobile version will be a robust title, continued support of it will be based entirely on how well it does. Initially, War Balloon plans to devote most of its continuing efforts on first completing the PC and Mac versions of the game and then providing a stream of expansion packs and updates. The computer version, Coombs says, will be the developers "lovechild."

The current plan is to release the mobile version for $3 to $5 with the hope that it could sell maybe 200,000 to 300,000 copies. Then the team will continue their work on the PC and Mac version, for which they had a separate Kickstarter that earned $151,000. Any future work on the mobile version will be dictated by its success and will, it sounds, remain secondary to the computer version. 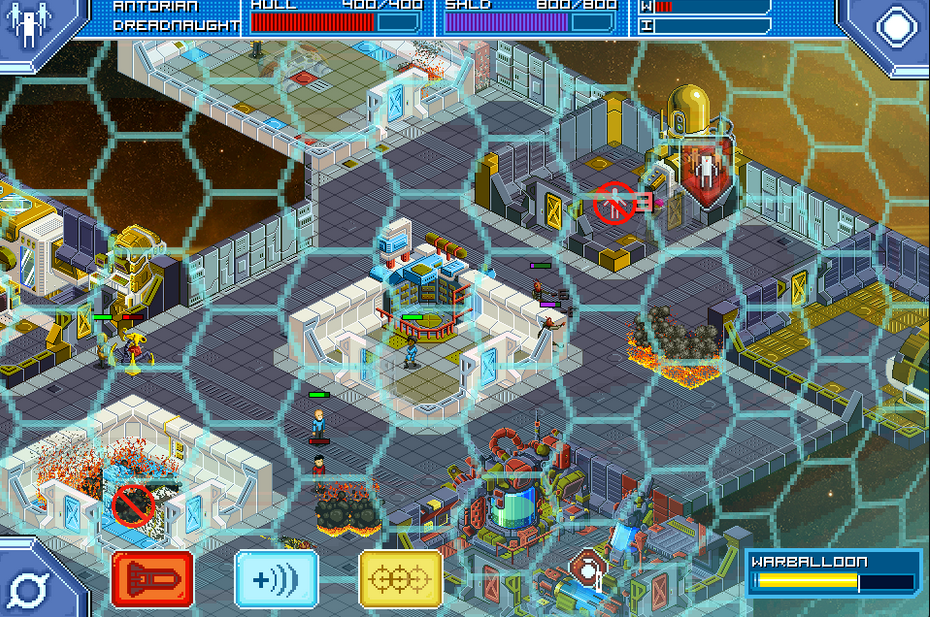 "For PC, our first beta version will be very similar to the mobile release, but from that point on it will become our testing ground for new ideas," Coombs said.

Things the team are considering for expansions include diplomacy, a sandbox mode, time travel and even chest-bursting aliens that can infect crew members.

"The really robust craziness missions will be in the first update" for PC, he said.

Now 15 months past the original due date of the mobile version of the game and with a slew of, if not broken promises then bent ones, Coombs says he's learned a lot from the process of making this game, both in terms of game development and using a service like Kickstarter.

Chief among them, he said, is to not talk about delivery dates until you're positive. He said one of the reasons the team missed so many self-created deadlines was because they didn't realize how much work there was to do and they kept trying to polish their game in hopes of meeting the rising expectations of their Kickstarter fan base.

"You want to make sure the people who supported you get what they wanted," he said. "They gave hard-earned money to a hope and a dream."

Early on, Coombs said, they also didn't expect that their single game could help power a full-time job at their own studio. 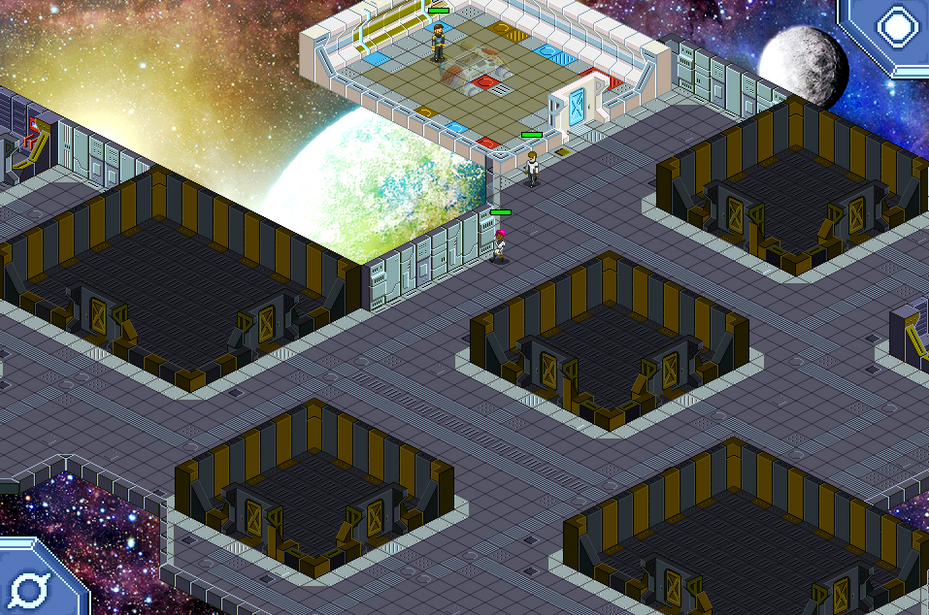 "We appreciate them. We appreciate the patience people have had and that there are people out there who will of their own good will give you a chance to pursue your dreams. We cannot, literally cannot say thank you enough for giving us a chance."

If a second game were to come from War Balloon, Coombs said, they'd likely steer clear of Kickstarter, at least initially. They'd also keep a tight lid on saying anything too soon.

"If we were fortunate enough to make a next game," he said, "we won't announce it until we're maybe four months away."