A Life Well Wasted, the Radiolab-like podcast about video games from musician and former game journalist Robert Ashley, is back with its seventh episode, "Work."

It is the first episode in nearly three years — the previous one, "Big Ideas," was released in June 2010.

In the 65-minute show, Ashley interviews "a developer at a big game studio about his strange trip from blue collar work to video game work," speaks with legendary game designer John Romero, ponders the concept of giving away one's work and profiles the eccentric YouTube personality Nick "Ulillillia" Smith.

A Life Well Wasted debuted in January 2009 with the end of the original Electronic Gaming Monthly magazine. It is known for exploring unique and lesser known people and organizations involved with video games, as well as its high production values and original music from Ashley's band, I Come to Shanghai. Graphic designer Olly Moss put together posters for the episode, one of which you can see below; the limited-edition prints are already sold out. 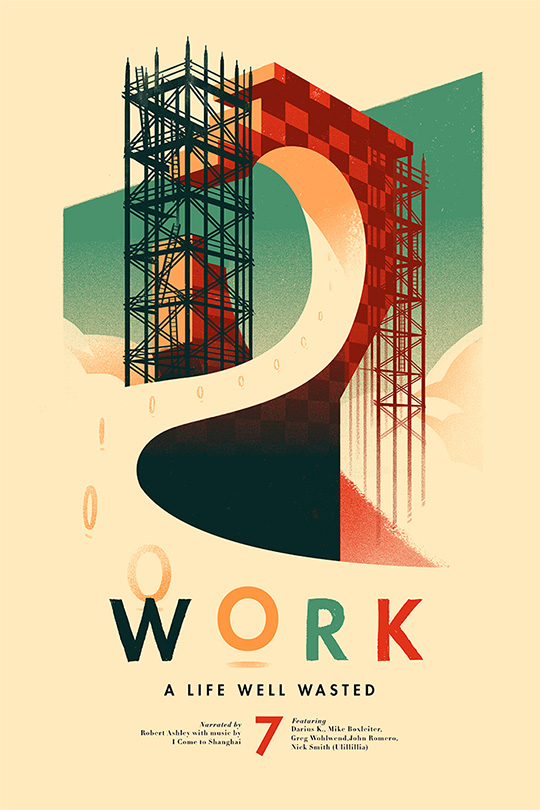 The Quarry’s adult characters are what make the game great