Vanquishing ghosts is still a satisfying enterprise — I just wish I could get to know them first.

There's not much in the way of new mechanics, but what's there is helpful enough

There's very little setup for why Luigi has gotten back in the ghost-hunting racket at the start of Luigi's Mansion: Dark Moon. Professor E. Gadd, the inventor who serves as Luigi's armorer as it were, needs someone to deal with an outbreak of mischievous ghosts plaguing the region. Luigi just happens to be the only man fit for the job.

The Poltergust 5000, a mechanically and numerically enhanced version of Luigi's Mansion's Poltergust 3000, aids Luigi in this task. Enemies must now be stunned with your flashlight's strobe bulb (which can be fired in quick bursts or charged to shine at a wider angle) before they can be vacuumed into containment. Also, as you pull against the panicked escape of a ghost you're vacuuming, the Poltergust itself charges up, allowing you to drain a ghost's stamina in huge bursts with enough patience and thumbstick dexterity.

There's not much in the way of new mechanics, but what's there is helpful enough. In the original Luigi's Mansion, ghosts broke free of your vacuum's hold pretty easily. In Dark Moon, once they're in your funnel, you've pretty much got 'em — assuming there aren't any other ghosts around to get in your way. Which, there almost certainly will be — Dark Moon tosses ghouls your way liberally. Strategically corralling, flashing and vacuuming them all at once is satisfying, but if your aim is off, you're going to be in hot water. 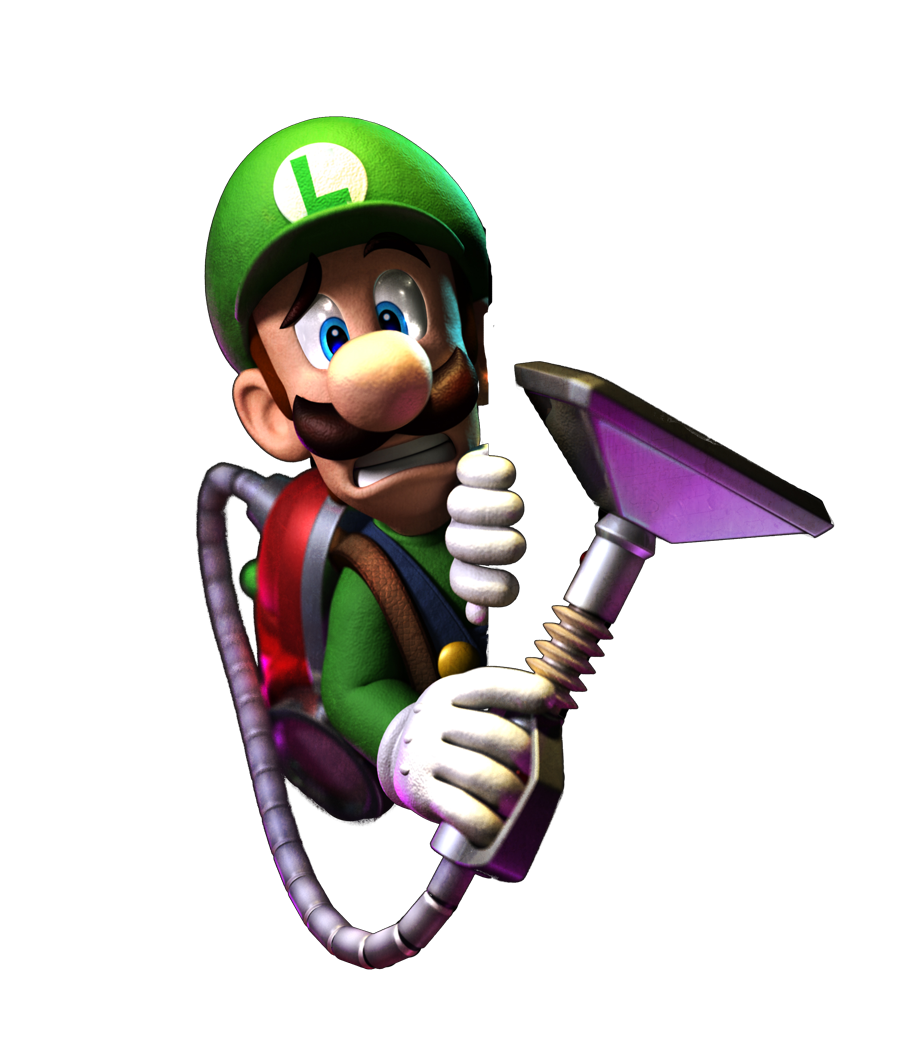 Each of the game's missions is peppered with hidden treasure troves, bonus levels, collectible gems and wayward Boos for you to find and suck up, some requiring more brainpower than others to tackle. The Poltergust's other new feature, a blacklight which exposes hidden objects, is fills an overly specific niche; most of the time, when you get stuck on a level, it's because you didn't shine your blacklight in the correct corner to expose the invisible cupboard you needed to find. 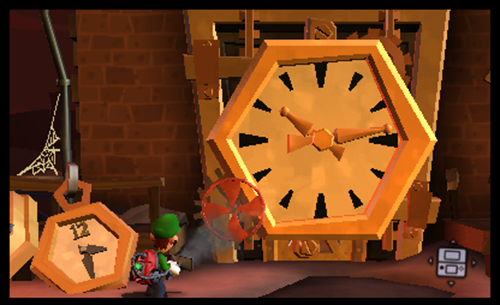 Luigi's Mansion: Dark Moon's mission-based structure is a step back from the comparatively open environment of the original title. While the last game interrupted your quest with pit stops back at E. Gadd's lab, they weren't nearly as frequent or egregious. But it's not the stopping and starting that injures the experience; it's the banality of the quests themselves that irks. Every boring mission cliche is here: Fetch quests, escort missions, even a timed mission close to the end that made me want to throw my 3DS in a lake. Even the ghosts themselves have very little personality.

There are a few ghost archetypes, each with their own set of characteristics and occasional variations. But in addition to the mindless mobs like this, Luigi's (previous) Mansion also had denizens with backstories embedded in the rooms around them. Their characteristics and surroundings served as intangible clues for how they could be vanquished. The first game's cerebral, character-driven encounters have been exchanged for a more arcade-like action experience. This locational exposition is sacrificed in the service of Dark Moon's multiplayer component, but it's a fair trade-off.

The well-executed ghost-catching mechanics translate wonderfully to a cooperative environment. In the basic "Hunter" mode, players exercise the skills they've learned in the main campaign to slay ghosts, and occasionally super difficult bosses, in tandem. The basic Structure of Luigi's Mansion: Dark Moon is surprisingly well suited to cooperatively capturing ghosts while supporting and reviving teammates.

Luigi's Mansion: Dark Moon's other two multiplayer modes offer variations on that theme: "Rush" tasks you with finding a floor's exit in under 30 seconds — a time limit you can extend by clearing all the ghosts out of a room. "Polterpups" is much slower paced, tasking you with tracking and chasing invisible dogs from room to room, using your blacklight as your guide. They're both fun, but they're not as well developed as core multiplayer's design.

An online option allows up to four friends or strangers to team up, but Luigi's Mansion: Dark Moon lacks persistent lobbies and voice chat. The former's a minor annoyance — having to back out of a game after finishing a match rather than replaying just means you'll spend more time server hunting than you'd like. The latter is, at times, enraging; multiplayer often requires teamwork that Luigi's Mansion: Dark Moon's four pre-programmed chat commands cannot elucidate. You're better off sticking to local multiplayer — particularly since it has Download Play, letting you share a slice of the game with folks who haven't got their own cart. 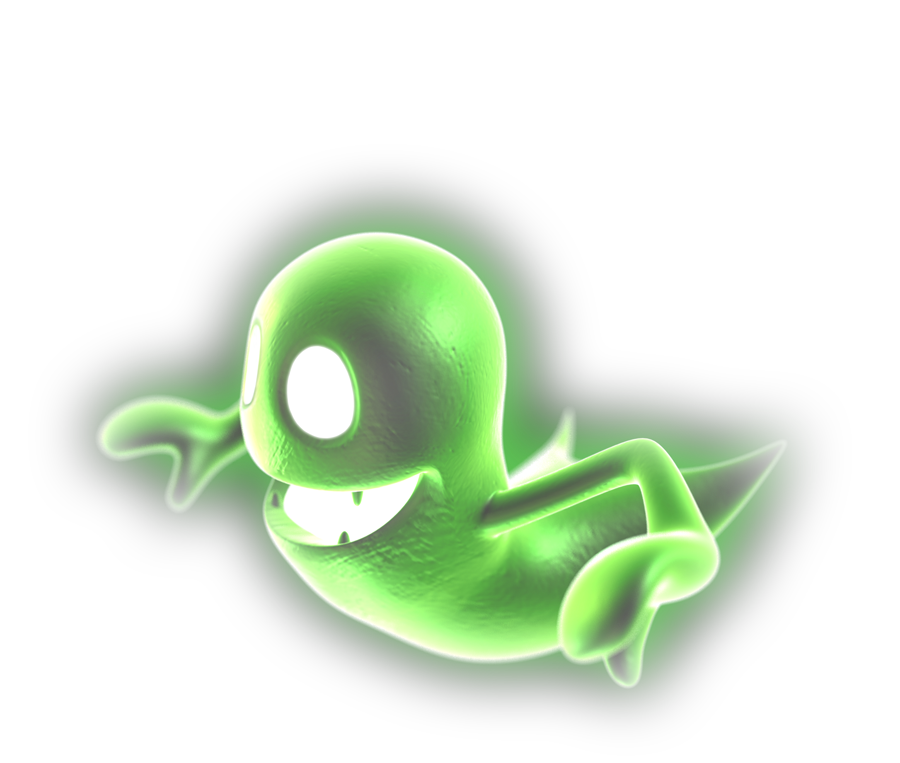 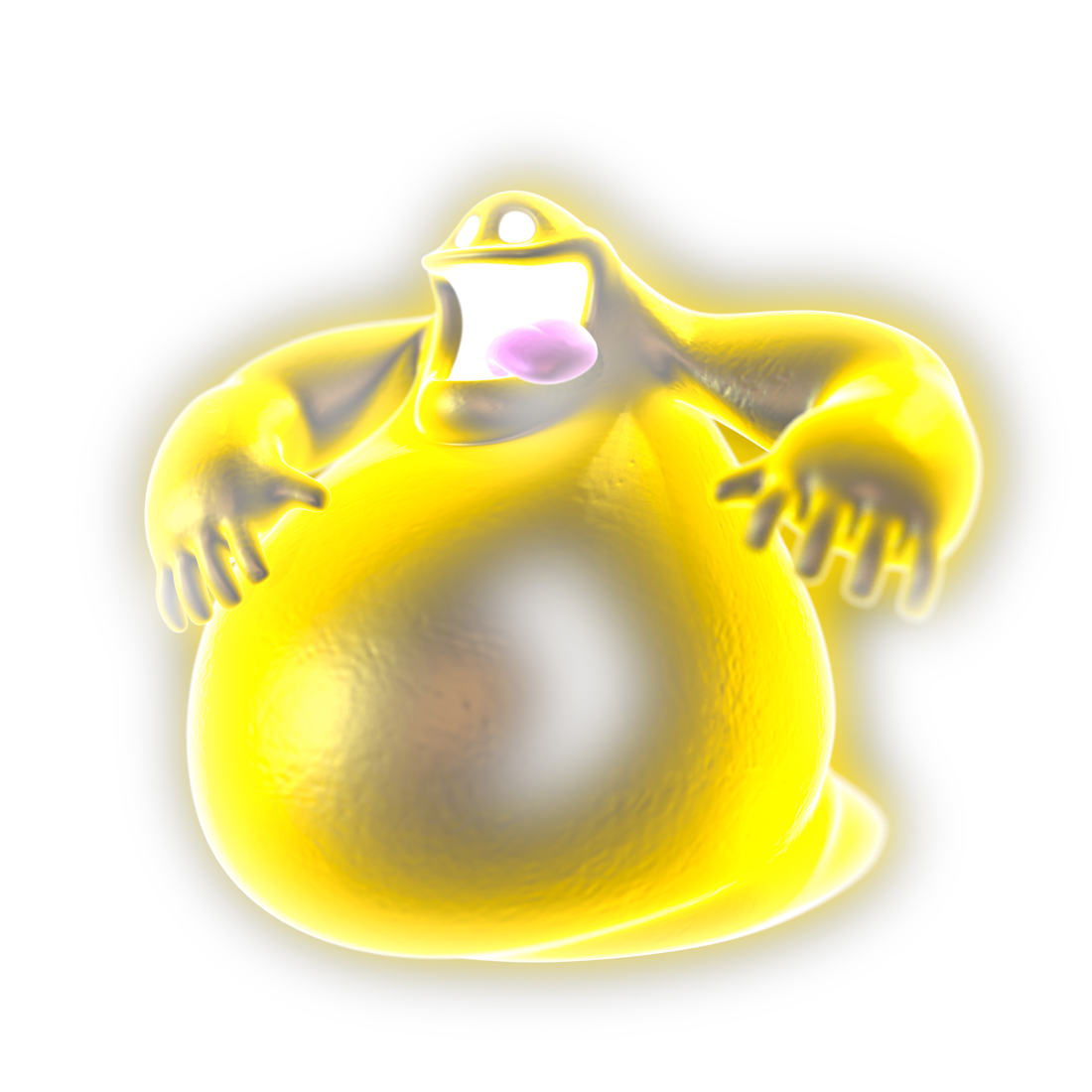 DARK MOON ISN'T A PUZZLEBOX, IT'S A BATTLEGROUND