NetherRealm Studios' fighting game Injustice: Gods Among Us will add four downloadable fighters to its roster sometime after its release on April 16, publisher Warner Bros. said today as part of a season pass announcement.

The season pass for Injustice will be available for the PlayStation 3 and Xbox 360 versions of the game, with no mention of a similar offering for the Wii U release of the game. Injustice: Gods Among Us' season pass will cost $14.99 or 1200 Microsoft Points and will grant access four unnamed characters and a set of costumes based on the Flashpoint story arc that crossed over multiple DC Comics titles in 2011.

Flashpoint costume skins will be available for Wonder Woman, Deathstroke and Aquaman.

Injustice: Gods Among Us will be playable at PAX East this weekend. 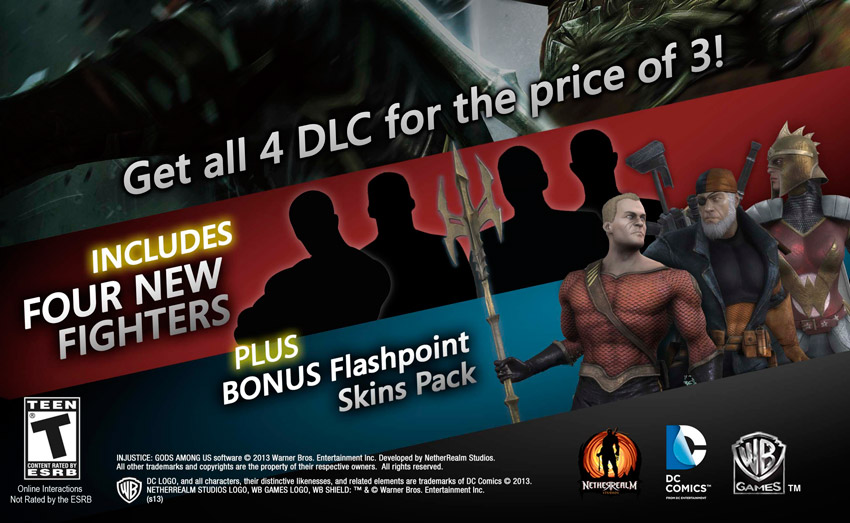