Share All sharing options for: Dishonored's The Knife of Dunwall tells the tortured tale of a master assassin

The Knife of Dunwall is a man cracking under the weight of his memories, burdened by doubt. After a lifetime assassinating the corrupt and unjust, has he finally set his blade to the neck of someone trying to do good?

As Arkane Studios finished development on the game and began discussing post-game content, they knew they had one story left to tell: Daud's.

"Towards the end of development on Dishonored, when we were thinking about what we could do for DLC, among the team the idea that kept coming up the most was Daud," Dishonored lead technical director and creative director on The Knife of Dunwall Ricardo Bare told Polygon. "He's this really dark tragic figure, the other side of the coin of Corvo."

The Knife of Dunwall's story is not so uplifting; Daud is haunted by his memories of killing the empress, an action he has come to doubt. After years spent killing corrupt aristocrats and military personnel, he feels he may have finally taken out someone who was actually trying to make the world better. 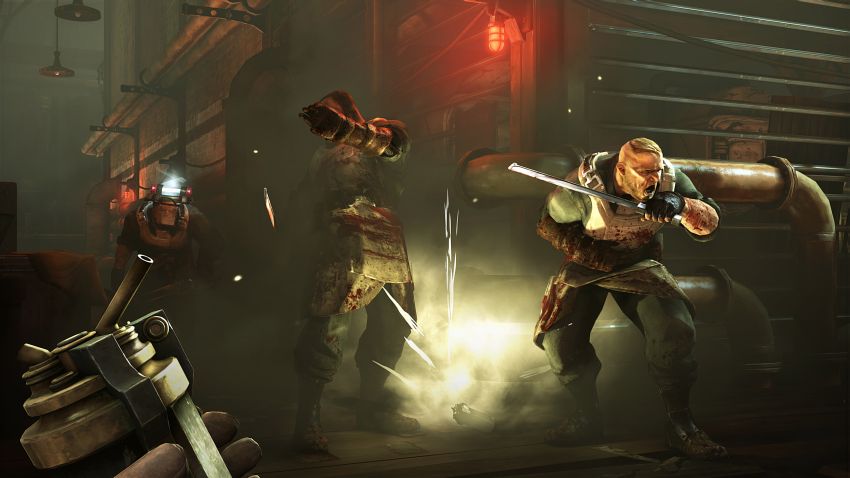 "If you're the kind of player who likes to sneak around and has read Daud's journals in the main game, you actually pick up on this a little bit," Bare said. "He's had this long career as a methodical, cold assassin, but when he kills the empress, it's a tipping point for him."

Corvo, Bare said, has the choice to either be "super-chaotic" or non-lethal as he moves through Dunwall completing missions. Daud has already led a life of "super-chaotic," and players have the opportunity to redeem him and change his ways, on keep him on the same dark path.

Right away, the atmosphere of Daud's DLC is almost sad. I move through a crumbling dreamlike landscape, buildings breaking apart stone by stone and slowly floating into an endless gray oblivion. I move between floating structures, teleporting, until I arrive at a doorway flooded with light and am greeted by a ghost. He knows what Daud is feeling, knows the doubts and fears gnawing his soul apart. So, he says, he will give me a mystery. He gives me "Delilah." 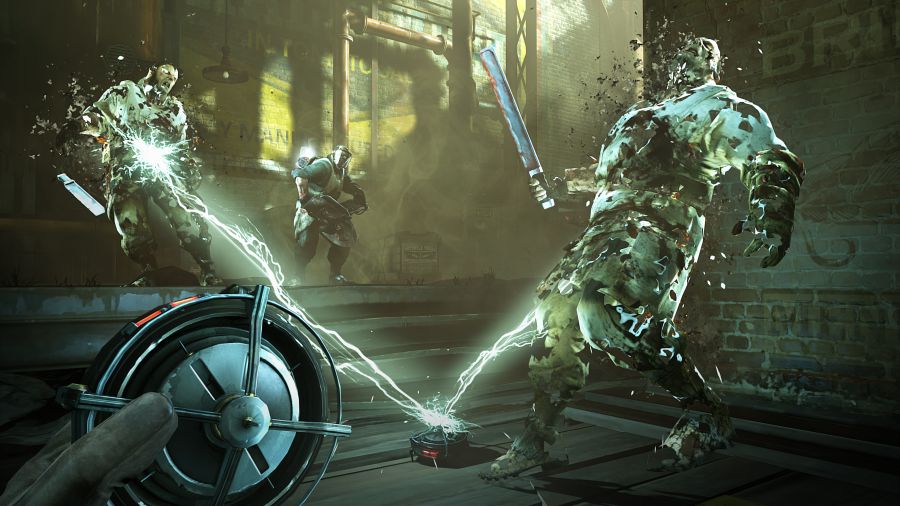 As Corvo's foil, players have access to a new arsenal of weapons as well as special tweaks to certain abilities. Daud uses a wristbow, the weapon of choice for the assassins, which quietly shoots small arrows at opponents. A new Arc Mine, a cross between the Spring Razor and the Arc Pylon, will zap anyone who walks near it. It stores multiple charges and will take NPCs out one at a time. The mine can also be made into a non-lethal Stun Mine with certain upgrades.

"You can get creative with it," said designed Seth Shain. "You can stick it on a dead body, throw it off a roof, and when someone comes over to investigate it they'll get zapped. You can stick them on rats and send them away, you can put it on pretty much anything."

He can also use Chokedust, a powder that will temporarily stun opponents but not incapacitate them, aiding Daud as he escapes.

"One of the biggest responses we received from Dishonored was that there were not enough non-lethal combat options," said Shain. "Some people found there weren't enough escape options, and that breaking away from combat was difficult. So we added Chokedust. If you're fighting them when you use it, they will go back to search mode, giving you time to Blink away."

"Or stab them as they're stunned," added Bare.

While moving through the floating buildings area, I noticed something odd when I tried to Blink. Everything would stop moving, and when I kicked it back to reality I would fall off my ledge or move into thin air. I was facing forward, and it was unclear to me why my Blinks were failing. Until it clicked and I realized I could move in any direction.

Daud's Blink ability is also fundamentally different from Corvo's, granting players a wider range of travel options. Instead of simply moving forward, the world around you will freeze when Blink is initiated, allowing time to pick a different direction for teleporting. Players can freeze in midair, turn 180 degrees and around corners. 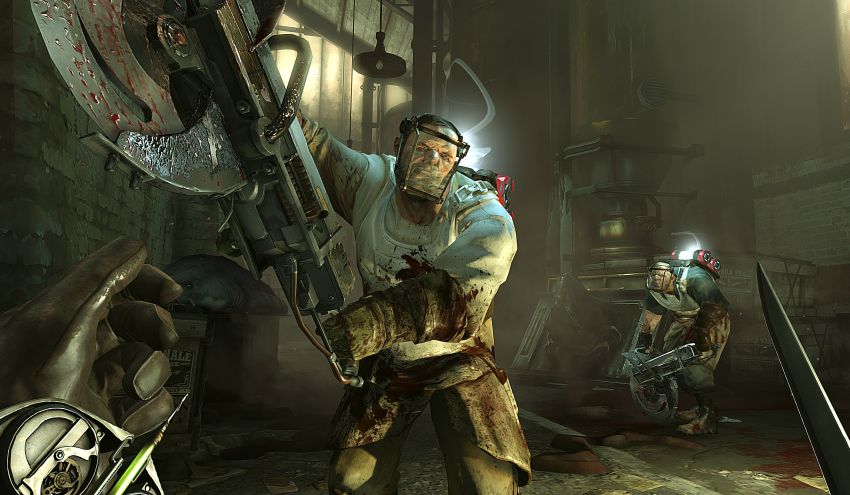 "Corvo's Blink as about moving forward, quickly dashing ahead," explained Bare. "A lot of the mechanics of Blink told that kind of forward-moving story. But Daud and the assassins use Blink to teleport around. It's more omnidirectional.

"Daud's Blink definitely takes getting used to for players used to Corvo's Blink," he added. "But when some of the team goes back to play through Corvo's campaign, we kind of miss it."

The revamped Blink mechanic works well for navigating around buildings and corners without being seen, an excellent tactic for players who are more stealth-minded and want to get through missions with the least amount of bloodshed.

The Knife of Dunwall features a handful of new areas for players to explore, through which Arkane hopes to broaden the view of Dunwall and its lore. These include a new Legal District, through which Daud will hunt a sinister lawyer, and a key area in the city's development: a whale slaughterhouse.

"One of Dunwall's key features is its status as a whaling town, and everything runs on whale oil," said Bare. "We wanted to add this to the original game so bad. In the first mission you run through a whale slaughterhouse, and you get to see the inner guts of how this system works."

When asked, Bare stated he did not think the emphasis on whaling culture in DLC would draw criticisms similar to the announcement of whaling in Assassin's Creed 4, which sparked commentary from animal rights group PETA.

"We don't characterize it in any way as something that's good or positive," he said. "The player is not slaughtering whales in our game, it's something that happens in the city and players have to go in to find a target. It's hard to feel anything but, ‘This is messed up,' when you see it."

Daud's story begins with the launch of The Knife of Dunwall on April 16. His tale will come to an end in one more add-on campaign, The Brigmore Witches, slated to release later this year.