Share All sharing options for: Star Wars: The Old Republic's first expansion is BioWare's hope to win back lapsed players

Star Wars: The Old Republic's first expansion, Rise of the Hutt Cartel, will attempt to retain the game's growing audience and bring lapsed players back into the fold when it launches April 14.

The expansion to the recently converted free-to-play MMORPG covers many of the bases you'd expect from an online add-on; the level cap has been expanded from 50 to 55, a handful of new features and class abilities have been added to the title, and an entirely new planet — Makeb, which has its own fully voice-acted set of quest lines — is ready to explore.

The Empire's motives on Makeb, which we had a chance to check out at BioWare Austin's studio last week, is straightforward: The criminal Hutts have amassed resources that the Empire needs to recover from the Republic's crippling victories on the galactic battlefield. Their mission is somewhat more complicated, however, as they have to relieve them of these resources without their noticing.

There's a lot of traditional questing and Instance-diving to do, but counterintelligence is of equal importance. Players can now equip macrobinoculars — a staple piece of tech from the Star Wars films — for recon quests, accomplishing objectives by scouting and marking far away objects. They also have to foil the plans of The Shroud, an intergalactic super spy who has his own interests in the planet's resources.

"...it's a retention and reacquisition tool more than anything else."

Jeff Hickman, executive producer for Star Wars: The Old Republic, explained BioWare developed the expansion with two key objectives in mind: Give players who've stuck with the game something to do, and lure the game's evacuees back to see what's changed.

"I think if you look at what Rise of the Hutt Cartel is to us, it's a retention and reacquisition tool more than anything else," Hickman said. "It's, 'Keep the people who are at level 50 or 40 interested in playing the game, give them something new, something interesting to play.'

"I think there's a lot of — I don't think, I know, from our exit surveys and forums and listening to people — there's a lot of people who left in the first six months after launch who don't recognize how much we've changed, especially at the high end, all the things we've put in place for the elder game people to do. It's a great reacquisition opportunity for us to show we're committed to the game." 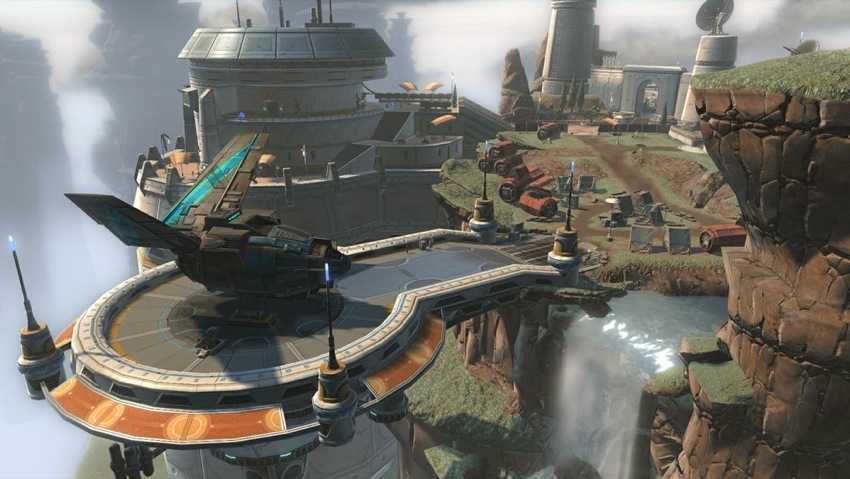 Even with clear objectives in mind, creating Rise of the Hutt Cartel required some difficult choices from BioWare. Hickman said the team knew it wanted to increase the level cap first and foremost; as a result, the expansion's design became more vertical than horizontal, focusing on endgame content rather than new features starting at the ground up.

For a traditional MMO, that's a reasonable goal; but Star Wars: The Old Republic players start a lot of alts, additional characters other than the one they use the most. Since each class not only features different powers, combat mechanics and group dynamics but also a unique storyline, players are easily swayed to start anew without reaching the level cap in the first place. A "Legacy" system ties all of a player's alts together with benefits for new characters, further promoting the trend.

"On one hand, it's a huge success, because we planned to do that and the plan came together," Hickman said. "We put that Legacy system in, that lets players play the eight stories and tie them together, and it was successful. It makes it difficult because, as you expand the game, especially beyond the level cap, as you expand vertically, what about the people who never get to level 50? How do they take advantage of that?"

"I think that there's opportunity to introduce new classes in different ways."

Players under the cap will find new content in Update 2.0, a patch which will launch alongside Hutt Cartel which tweaks each class and allows characters to unlock new achievements across their entire Legacy. BioWare is also hosting double XP weekends leading up to the expansion's launch, and hopes that will inspire players to get their characters up to the cap to experience the new content.

Hickman said the team is still deciding which direction it wants to expand the game with its next full add-on. However, a new starting class (or even two, one for each faction), complete with its own full storyline, would probably be too big of a task to take on.

"A completely new storyline from level one to level 55 would be ... I don't think that's a part of the future of the game," Hickman said. "But we actually had this conversation yesterday about, what does that look like. No decisions have been made, but I think that's very difficult. I think that there's opportunity to introduce new classes in different ways. That's been done in other MMOs." 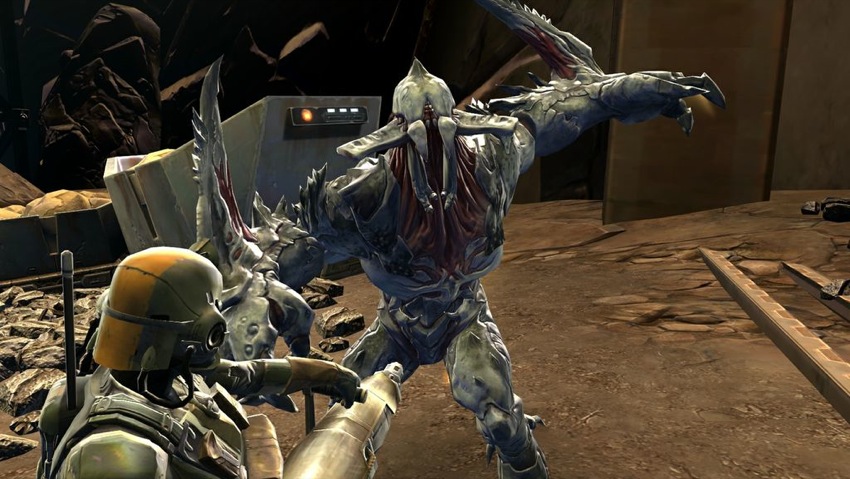 BioWare learned a lot during the lengthy and groundbreakingly expensive development of The Old Republic, and has used those lessons in the development of its first expansion. For one thing, the expansion won't feature unique quests for each of the game's eight classes; a process which would be "very, very expensive," Hickman said. Each class will be fully voiced, of course, and will be afforded unique options during missions; but for the most part, Hutt Cartel will feature two storylines, one for the Republic and one for the Empire.

"The benefit we get beyond level 50 is not worth the expense, to be very, very frank," Hickman said. "When you play through that story on Makeb, it still feels like your story. I played it as a Sniper and as an Inquisitor, and in both cases, even though I knew it was the same story I was going through, it felt good for me as that character. I think we'll continue to take steps that way into the future."

Star Wars: The Old Republic has grown leaps and bounds since its free-to-play conversion last November, to the tune of over two million new registered players. With Hutt Cartel, BioWare wants to keep that momentum going, Hickman said. The studio wants to make the game seem vibrant, its community more active, to attract MMO fans who haven't given the game a chance.

Moreover, they want former players to see new features like the Legacy system and Groupfinder tools — features players complained were absent when the game first launched, leading to their exodus. The expansion adds a lot of new content, but Star Wars: The Old Republic has seen a lot of new content over the past year, in the forums of major updates adding critical features. That's the message BioWare wants the game's prodigal sons and daughters to hear.

"We have all of those pieces with more coming," Hickman said. "I think the message I'd give is, 'Come back, and give it a shot. Take a look at it. I think you'll be pleasantly surprised.'"