Bientôt l'été is a game of accidental creation, unrequited love, beauty and heartache.

It is a computer game almost by accident, a work of art that happens to use this particular medium to attempt to deliver a single magical moment that will touch its players in a sublimely introspective way.

Bientôt l'été delivers gamers to a pale golden beach under a powder blue sky. There, players guide a hooded figure dressed all in white along the sand, tracing the rhythmic back and forth of the surf. Occasionally odd phrases pop up on the screen and then fade away. If you walk far enough you'll come to a bench, as you approach it the ordinary sky begins to darken, moons, nebula and planets arc across the sky, speeding through alien orbits. If you want you can sit and watch.

In the distance, amidst rolling sand dunes, stands a small cafe. If a player walks to it they can go inside.

Seated at a table, the player's perspective shifts, instead of viewing the hooded figure as if following him or her, the world is suddenly viewed through their eyes. A bottle of wine, an empty wine glass, an ashtray and an empty chessboard decorate the table. There is an option to sit at this virtual table alone and wait for someone real, someone online to randomly sit down at the table across from you. For those impatient for interaction, the game can also simulate that random, anonymous encounter.

To the side of the table rests a few chess pieces. Occasionally you can hear the distant clank of teacup against saucer, knife on plate, a slow steady murmur of hushed talking. Like the waves outside, the sounds of people crests, rolling in and out as you sit at the table.

Picking a chess piece up, a player is given a number of option of where to place it on the board. Each placement triggers a different phrase, the phrases gathered while you walked the beach.

Once placed, your character speaks the words and then waits for some reaction. Then it is up to the person facing you, a person obscured by perspective and smoke, to do something. Like you, they can place a piece, triggering a phrase from those collected on the beach. Like you, they can choose to ignore what's been said and instead take a sip of wine, or inhale on an unseen cigarette and blow out a fog of smoke.

It's like remembering a dream you haven't had yet.

And so the encounter unfurls, odd disjointed conversations sometimes punctuated with the silence filled with a sip of wine or puff of a cigarette.

When the conversation flows, tied to the placement and movement of a mishmash of chess pieces across the board in nonsensical patterns, it somehow still seems evocative, heavy with implied meaning, reminiscent of some forgotten moment in a relationship that could never have existed.

When you tire of the word play, the wine, the smoke, you can choose to leave and return to the sun-blanched beach outside. There you will typically discover something, like a massive tree, punctuating the desolate landscape. If you walk to it, you're rewarded with another chess piece for your next conversation.

And so it goes, walks on the beach to gather remnants of soon to be spoken conversations, meetings in a lonely cafe, chance encounters at a chess table and those talks, sometimes nonsensical, sometimes powerful, seemingly always poetic.

It's like remembering a dream you haven't had yet.

A fascinating bit of fiction is layered onto the experience, though it is only explained through the game's website. The entire project is designed as a game within a story. Players are meant to be controlling people who are deeply isolated from the rest of humanity. Each character is a spacefarer, a remote traveler in deep space using some future technology and the virtual environments of the game to find some connection with another person. That connection, even in this virtual world, is tenuous and clumsy at best, an apt metaphor for the Internet.

The only hint at this subtext is when a player presses the keyboard key that closes the character's eyes. With his or her eyes closed, the world turns into a world constructed of Matrix-like glowing lines and shapes. 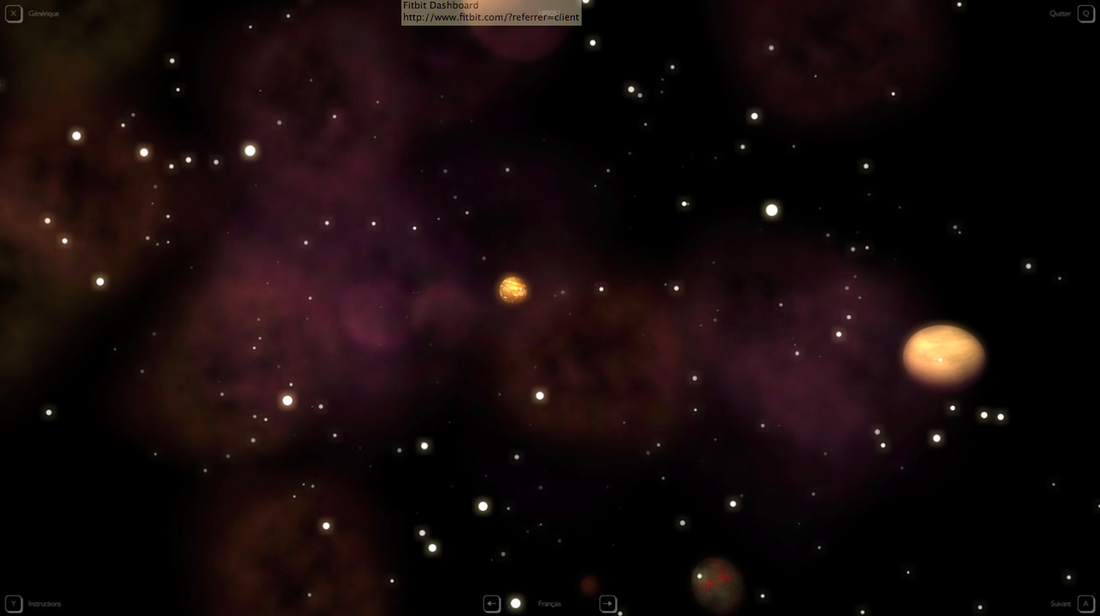 The game is the creation of Auriea Harvey and Michael Samyn, an American and Belgian who have been collaborating since 1999, creating art online. They moved to video games after the coming of web 2.0 "destroyed the web as a nice environment for our artistic practice," Samyn said.

So they moved on to video games, but not to make games, but rather to create art.

Bientôt l'été, which took about a year to create, was inspired by their own seaside walks and the fact that the two met and fell in love in cyberspace "while our bodies were separated by an ocean of water, politics, heart ache and betrayal," Samyn said.

The game also leans heavily on the work of famed French filmmaker and writer Marguerite Duras.

It's from Duras' works that the two drew the inspiration for so melancholy a way to communicate and it is from her work that those lost phrases spring.

"We love her writing," Samyn said. "How it makes us feel and think. But also her insights into love. Her embrace of the multiple facets of love. Her understanding that sadness and even separation are as much a part of love as togetherness and joy. And that this is good. Because love is everything."

Duras made a name for herself first with stark, experimental writing and later as an experimental film maker. When I ask if their work, like Duras', strives to create a narrative through an absence of traditional plot, Samyn disagreed with my take on her work.

"I don't feel that Duras creates stories through absence," he said. "To me it feels like the stories are already there. Often literally so, in the case of autobiographical material. But perhaps that's just how smart she is as a storyteller: to pretend she's not telling a story and then to suddenly make me realize that I remember some event that only happened in her book."

Samyn points to something Duras once said during a television interview. In the interview, Duras described her own work as borrowing something from the reality outside of her, and then once she's done, returning it.

"She compares it with scooping water from a river and then letting it flow back," he said. "The stories exist outside of her and she allows them to travel through her, when writing."

And on some level that's what Bientôt l'été seems to be doing. There are almost 300 phrases in the game and they exist to both help with communication and limit it. Samyn said they didn't want to simply give people another way to chat to each other. He said they were working on another game when they realized the power that randomness can have in conversation.

So whether a person is playing the game alone or with the computer, the conversation and its meaning is self-created.

"What matters is the player," he said. "And their imagination will make up better and more varied stories than any scripting could achieve."

And the two prefer to risk the game not being appreciated by someone, than to fake the potential of an organic, magic moment.

"Emotions, especially when experiencing art, are not these things that simply happen to you."

The ultimate goal of the game, Samyn says, is to deliver to its players a sense of joy and beauty.

"Emotions, especially when experiencing art, are not these things that simply happen to you &mdash; although we might be lead to think so by the manipulative nature of many films and video games," he said. "We can guide our emotions, we can play with them. We can push ourselves towards certain feelings, or shield ourselves from them. It's very much a game. Sometimes even crucial for mental stability, as games often are. It is this game that is involved with the enjoyment of art. You don't just sit back and let the art "make you feel something.

"You have to explore the image, to think once in a while, to probe your heart, to connect to memories. It's a very active thing, whether the art is interactive or not."

And so I return to the beach, to the surf, to those borrowed words and the promise of a conversation with myself that will somehow help me understand.

Bientôt l'été is a finalist for the Nuovo Award. The Independent Games Festival will take place during the 2013 Game Developers Conference in San Francisco from March 25 through 29.