Share All sharing options for: The Witcher 3 will have three different playable epilogues driven by player choice

The Witcher 3: Wild Hunt will track player choices and actions to help weave an ending for gamers that can vary in tiny and sometimes major ways, the developers tell Polygon.

It's a subtle difference, but the two explained that the PS4 and PC game so thoroughly tracks player choice that the end result are a lot of changes, from the tiny to the major. When I asked the two how many smaller changes the game endings might see, Platkow-Gilewski said the team stopped tracking those when they got to 300.

The safest description, they decided, was to broadly tell players that The Witcher 3 will deliver three entirely different, playable epilogues. And those three different playable endings can only be achieved by playing through the game and making different choices, they said.

PS4 players will be able to bring their experience playing The Witcher 2 on PC to the next-gen console.

"The game is quite complex," Badowski said. "We didn't mean to develop something special for the endings, it's a natural consequence of the story line. The story has hundreds of different branches and sub plots. We have to just sum all of those elements up in the epilogues. Some of those elements are taken from the very beginning and some from other moments of the storyline. All of them will connect in the epilogue.

"We have a lot of things to summarize. We didn't spend time on inventing endings, it was just the consequence of those choices."

The Witcher 3 picks up after the the Nilfgaardian Empire has attacked the Norther Kingdoms following the end of the last game, and after Geralt of Rivia, the Witcher, has fully regained his memory.

The game, which is in development for the PS4 and PC and "something more maybe", will feature more than 100 hours of gameplay evenly divided between the game's mammoth main story line and a vast array of side quests, the two said. The open world, they say, will be roughly 35 times the size of the previous game's world.

The game will also feature enhanced combat which includes a new Witchers Senses system that allows you to attack weak points of enemies. 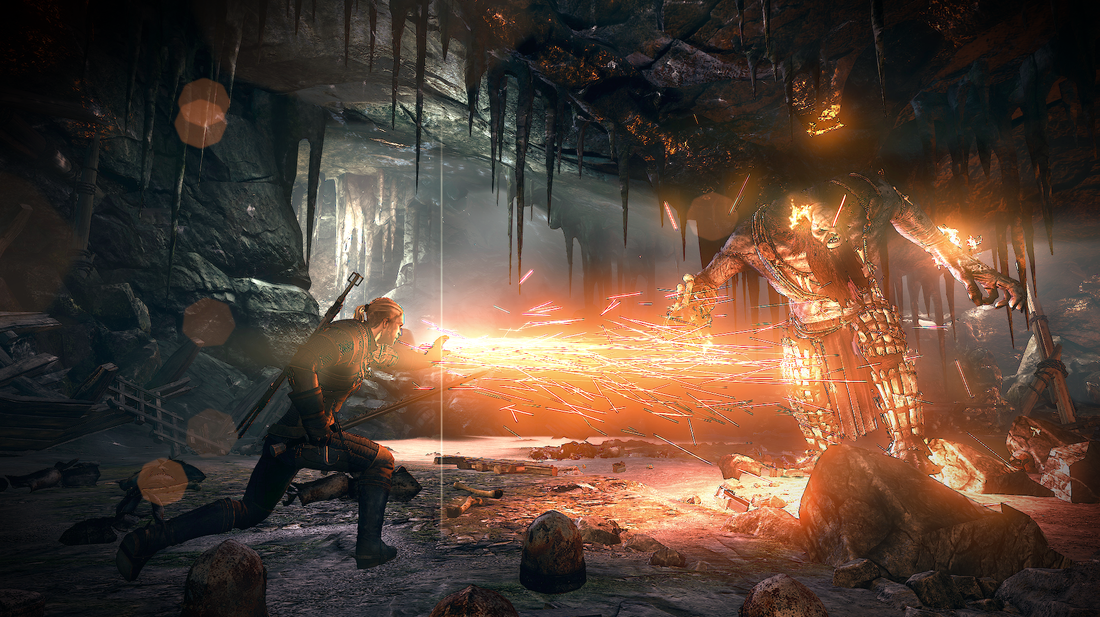 Because the previous games weren't available on the PS3, and this one is coming to both the PC and PS4, it has been specifically designed to be approachable. But the team is also working on a mechanic that will allow those players who invested time playing the game on another platform for their choices to somehow shape this new experience on the PlayStation 4.

"We are going to give you a possibility to use your save from The Witcher 2, but it will depend on the platform," Badowski said. "On the Sony platform we are developing the game for the first time, so we invented a way to define your old actions and decisions.

"If you decide to play on the PS4 and played on PC previous, you probably want to have continuation, you want to have a similar character."

Badowski said they are not yet ready to talk about the specifics of how that will work.