LittleBigPlanet PS Vita gets Marvel minigame pack on April 2 for $4.99

Share All sharing options for: LittleBigPlanet PS Vita gets Marvel minigame pack on April 2 for $4.99

LittleBigPlanet PS Vita players will be able to partake in three minigames with some of their favorite Marvel Universe characters with the game's Marvel Arcade Pack, which launches April 2 for $4.99, Sony announced today.

The DLC pack features three games starring Marvel heroes. Hero Rush challenges you to avoid getting hit and stay alive for a high score. In Avengers: Ultimate Escape, you'll bring characters through a lethal maze; the obstacles will depend on the characters. And S.H.I.E.L.D. - Interceptor puts you in control of the organization's Quinjet, letting you destroy waves of Chitauri enemies.

Collecting coins throughout the three games will allow you to unlock content like stickers, decorations, sound effects and interactive music.

Check out artwork from the Marvel Arcade Pack below. 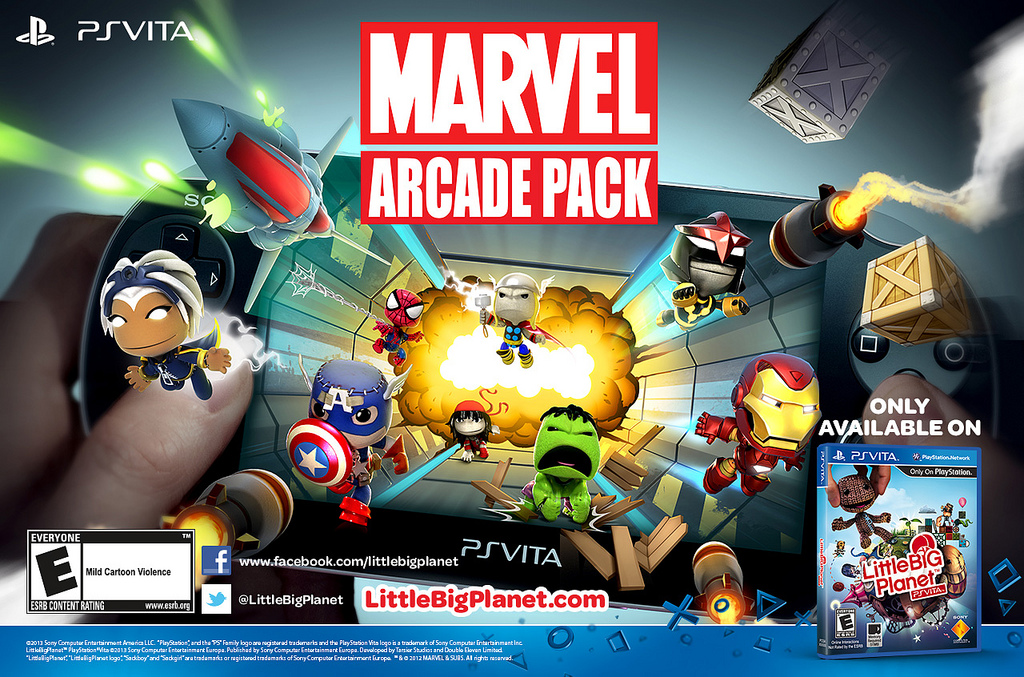 Every new movie and show coming to Disney Plus in July

Every movie and show coming to Netflix in July