The saga of CCP Games' Dust 514, the PlayStation 3 first-person shooter component to the Eve Online universe, will continue with the release of its latest build in May, Uprising.

Uprising will launch just one month before the Odyssey expansion for Eve, which is designed to encourage players to once again explore the Eve universe. The release of Uprising alongside the expansion will be "that first step to real persistence and real meaning in Dust 514," according to vice president of business development Thor Gunnarsson.

Gunnarsson told Polygon that the ability to conquer planets, which will be added with Uprising, has been one of the most requested feature from players.

"This notion of introducing tactical and strategic gameplay, laying that over the core shooter experience of Dust, is what our fan base has been clamoring for since we first announced the game," he said. "It's been a [broadly requested] category, certainly from our Eve players, that they've wanted to see because it adds meaning to the Eve universe."

"With many first-person shooters you fight to the end of map, and that's it, and when you're done you go back and play the map again," added executive producer Jon Lander. "It doesn't really mean anything beyond that 50-minute session. But with Dust, if you win that battle, you win that ground and you can start building up your infrastructure." 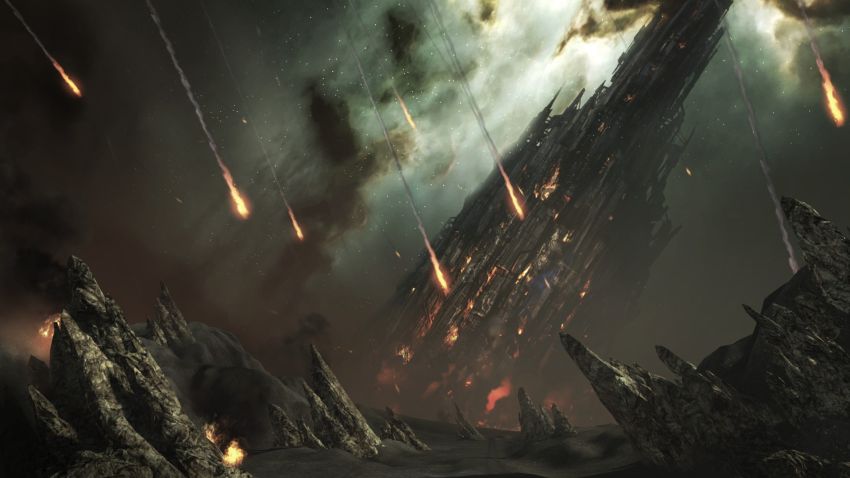 According to CTO Halldor Fannar, console shooter players are "normally not in the same seat" as PC players, making the development of an experience for both kinds of gamers a challenge. He noted that CCP has been running Dust in open beta as a way for these traditional shooter players to test the game's mechanics and find their own way into Eve's world.

"Console game players go to the store and put down money for a box, and if they don't like it they can return it," he said. "We are running Dust in open beta not because it isn't done, but because we want to do it. We don't feel like this game is completely done. We want to hear what you think needs to be done. But players are already spending their money on it, so in a way it's already out."

Fannar said CCP will keep Dust 514 in open beta for a while in order to continue what he calls its "customer development phase.

"It's the way Eve has evolved, and we're taking that same method and applying it to the console game," he added.

The recent Caldari Prime conflict, a large-scale battle involving Dust 514 mercenaries and Eve ships, was the first in a series of in-game events set up to demonstrate the deep integration between Dust 514 and Eve Online. These events are designed to push players to create their own stories within the larger game narrative, where CCP has set up the framework for heroes and villains to be born. Gunnarsson called the lore CCP has set up Eve a "canvas" on which players paint their own tales. 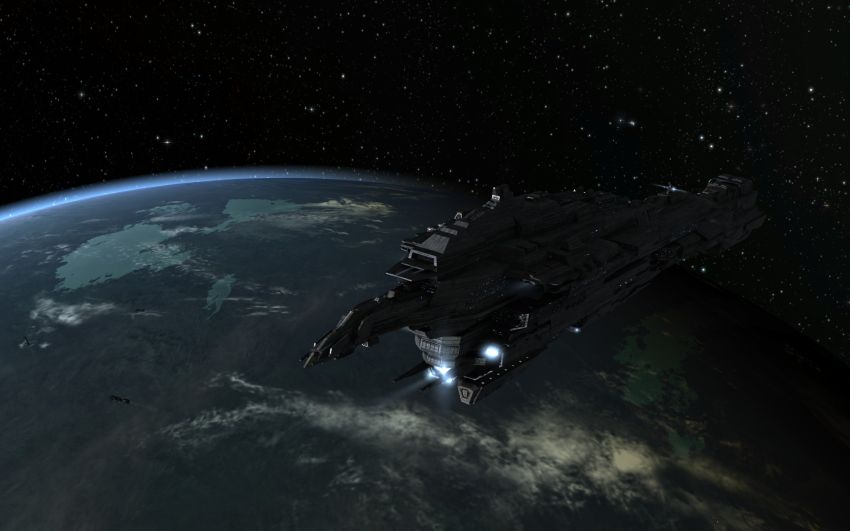 Lander noted that player-owned territories and large-scale battles are not regulated by CCP, but are entirely player-driven endeavors. The development team thinks of Eve as a real place driven by player interaction and contribution.

"Players spend a frightening amount of time playing this game," he said, "and it becomes an extension of themselves. We have to be very careful with that world, we can't just go around randomly jetting things into it. We need to find some sensible way to introduce new concepts, and this storyline for Dust 514 gives us the background with which to start. From there, it's purely up to the player."

"As we open the faucet more and more, we lose more control," Fannar added. "So we want to do that gradually, and ease people into it."

Fannar said CCP hopes to expand the world of Eve onto mobile, adding new experiences on smartphones and tablets sometime down the line.

"We want to give you a relevant experience that makes sense for you on those devices," he said, mentioning the ability to train and trade on smartphones while away from the console or PC as one major possibility. "We want to give that to you, but we're being very careful not to just pile all kinds of games into [Eve]. We want to preserve that sense of discovery."

"It's less our game; it's more players coming together to achieve something," added Lander.

Eve Online's next expansion, Odyssey, will be available on June 4. The Uprising build will hit Dust 514 on May 6.