Ouya owners will be able to deck out their consoles with a 3D-printed enclosure designed by MakerBot, the Brooklyn-based 3D printing company announced today.

MakerBot has created 3D printing designs for Ouya consoles that are available on the company's Thingiverse site; the Ouya MakerBot 3D Printing Development Kit can be downloaded and used with the MakerBot Replicator 2, a desktop 3D printer. Users can customize the designs with various patterns and colors.

"Ouya is one of the most exciting new developments in the gaming world, and MakerBot is thrilled to be a part of it," said Bre Pettis, CEO of MakerBot, in a press release announcing the 3D-printed Ouya cases.

"Ouya is all about being open," added Ouya CEO Julie Uhrman. "It was a natural progression to extend our openness by partnering with MakerBot. What better way to bring Ouya's console to life than letting anyone print and modify it."

The partnership makes Ouya the first console for which 3D-printed templates are available. The Ouya console itself will begin shipping to Kickstarter backers tomorrow, March 28, and will be widely available at retail in June. 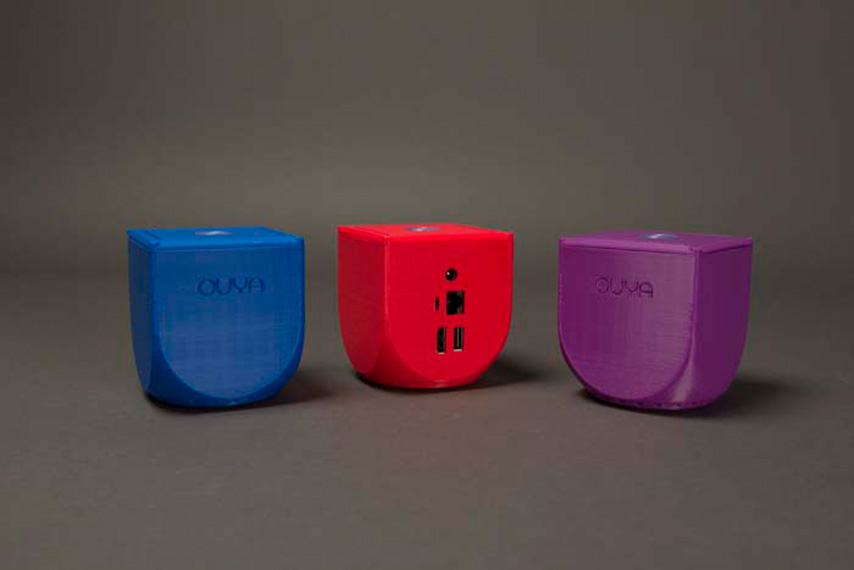