At a hotel near the Game Developers Conference earlier this week, XSEED and Grasshopper Manufacture showed a boss fight from their upcoming action title Killer is Dead, and revealed new details on the game's episodic structure.

Killer is Dead is the latest stylized action game from Grasshopper, serving as what an XSEED fact sheet calls a "spiritual successor" to the assassin-focused Killer 7 and No More Heroes, with a "high contrast shader" art style designed as an evolution of what Grasshopper was able to do with the visuals in No More Heroes. The gameplay this time around centers on main character Mondo Zappa, who carries a sword in his right hand and a bionic left arm (which he uses to shoot from a distance and perform contextual up-close maneuvers).

The game takes place in an episodic structure, but it's not like Telltale's Sam & Max or Walking Dead games, where the episodes ship in regular increments. Instead, it plays out like the 2008's Alone in the Dark remake or Alan Wake, where the episodes give the game a narrative structure. Killer is Dead's structure doesn't play up the television comparison as much as those two — with "previously on..." and "coming soon..." teasers — says Suda, who notes that he initially wanted to lean into the idea further than he ended up doing. But it relies on the structure to tell a different story in each episode, with an overall story connecting the dots in the background.

All this may in some ways sound like the structure behind Killer 7, where each of the game's chapters focuses on a different character's personality. But Suda says his idea here was less to mirror what he did in those games and more to take inspiration from television dramas. 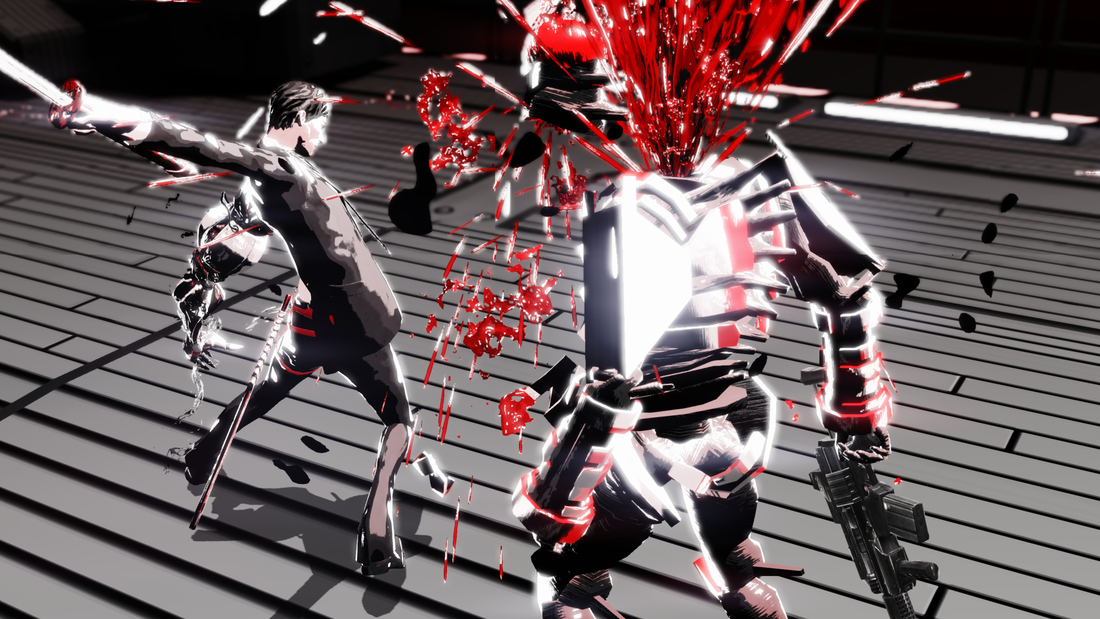 As a result, Suda recommends players play one episode per day to make each feel like a self contained story, rather than race through the game. "I wanted to create a story that doesn't happen overnight, that has a daily life, with new objectives showing up each day," he says. "But I'm sure everybody will just play it all at once."

Suda showed a portion of one episode in his presentation, called "The Girl Who Lost Her Ear," featuring a boss fight taking place on the top floor of an office building — the idea being, he says, that players will start on the ground floor at the beginning of the episode and fight their way through enemies before reaching the boss fight up top. It's a straightforward battle, with the player chopping off boss Victor's arms and spamming sword strikes whenever they see openings.

Outside of the game's main episodes, players will also have the choice to enter side missions, upgrade their weapons or enter Gigolo Mode, which we don't have many details on but involves Zappa "seducing" the women he meets.

Killer is Dead's structure also leaves the door open for a possible second season of episodes or downloadable content, Suda says. "Especially for DLC to add new episodes." Killer is Dead is scheduled for a summer 2013 release on Xbox 360 and PlayStation 3.