Share All sharing options for: New Arma 3 cover is more 'in line' with content and visual style

Bohemia Interactive recently revealed the new cover art for Arma 3, which the company is calling more "in line with the game's content and visual styling."

The cover, which you can view below, features a new soldier and background images of a tank and helicopter. Arma 3 takes place on the Mediterranean islands of Altis (formerly Limnos) and Stratis. The game features more than 20 vehicles and 40 weapons, solo and multiplayer gameplay, and content creation.

The Arma 3 alpha begins March 5, and those who pre-order the game will have access. The beta is expected to begin in the second quarter, and the game's final version is slated for a Q3 launch. Arma 3 will be a Steam exclusive for Windows PC. Read our interview with one of the game's recently freed developers here. 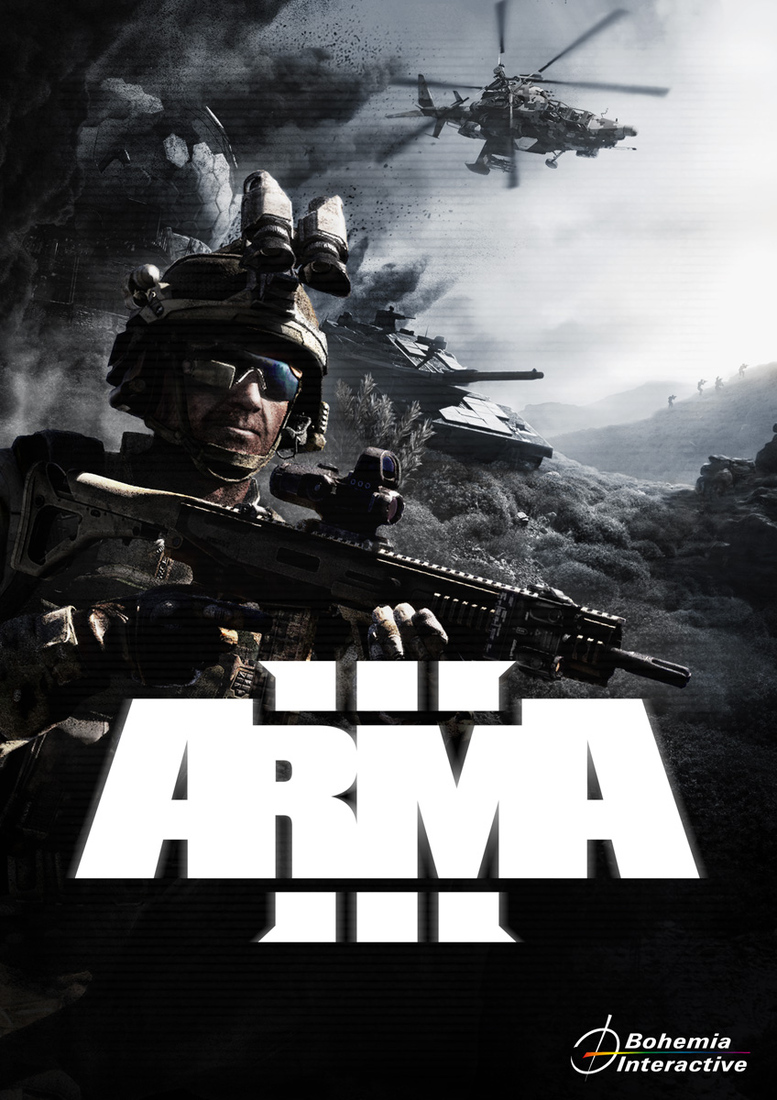