Fuse infographs look at the fictional science behind Fuse experimentation

Share All sharing options for: Fuse infographs look at the fictional science behind Fuse experimentation

The first, titled "Fuse: Scientific Findings Based on Explosive Experimentation," illustrates Fuse "facts." These include favorite hallucinations caused by Fuse, money spent on the fuel source’s research compared to public school funding and how there has only been seven successful Fuse tests conducted out of 1,273.

The second is a profile on Dalton Brooks an Overstrike 9 Agent. It highlights that his primary skills are brute force, reluctant leadership and durability. As well as pointing out that his Magsheild weapon has a lethal blast radius of 11.3 feet, it also details his relationship matrix with women.

Fuse is expected to launch on Xbox 360 and PlayStation 3. 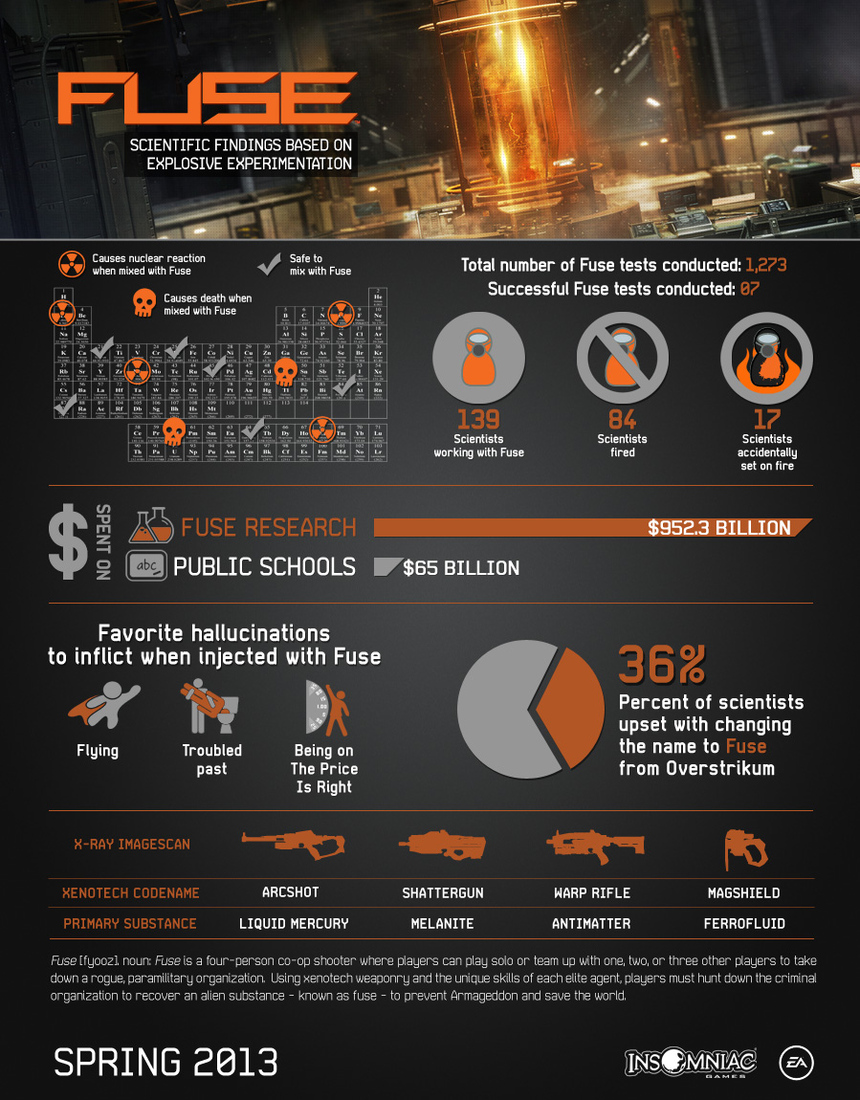 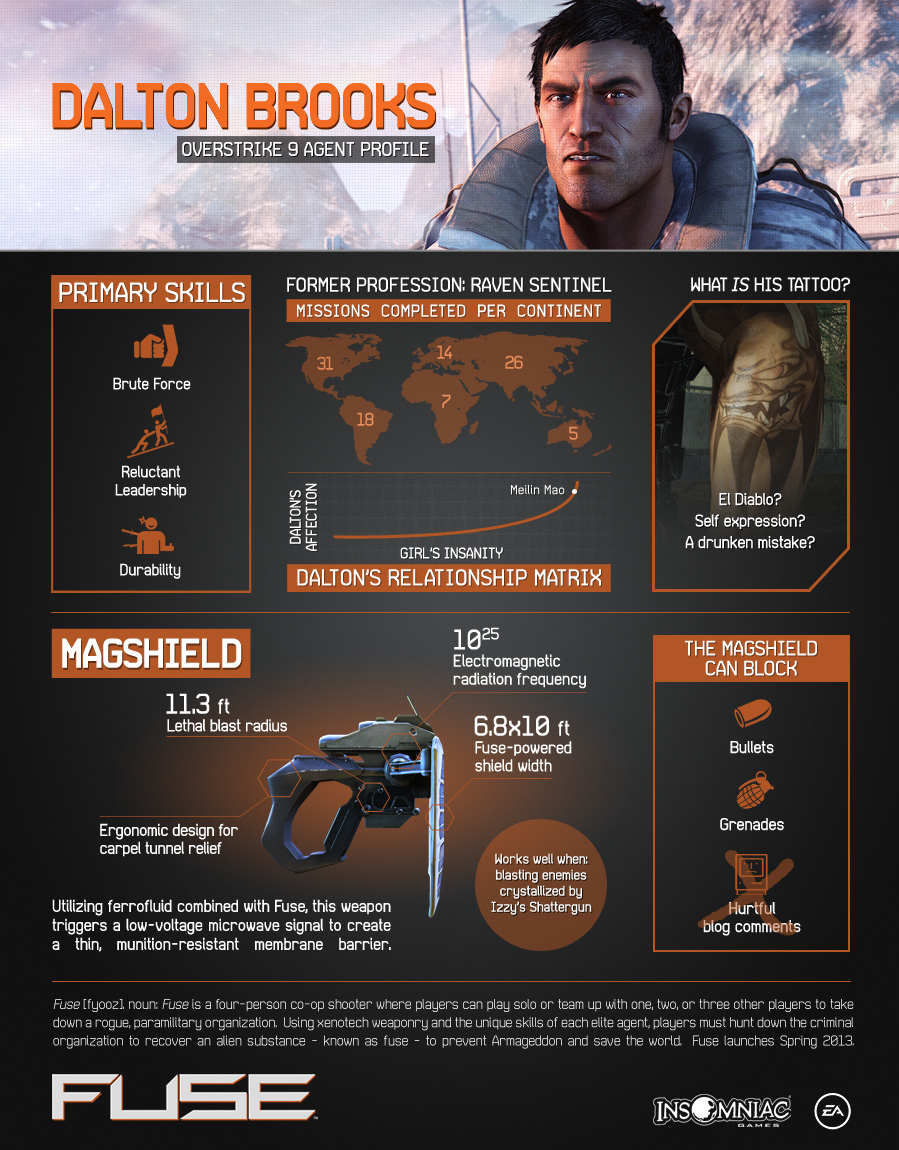