Share All sharing options for: Dead Space 3: Awakened DLC aims to heighten the horror on March 12

Isaac Clarke is alone, moving through darkness and an even deeper silence. Seconds later the necromorph is on him, and in a blink it's gone. Stumbling, he moves forward around a corner into a room awash in candle light.

Hanging from a doorway, strung up by its wrists in a mock crucifiction, is a bloody human corpse. Except this corpse's head and limbs have been removed and replaced with crudely sewn-on necromorph parts.

The Unitologists are at it again in Dead Space 3's first piece of downloadable content, Awakened, dragging protagonist Isaac and his new-found partner Carver down again into the rabbit hole of necromorph worship.The pack, which adds several more hours of content to the game's main campaign, features both single and co-op play, new weapon parts and circuits and will be accessible as a standalone from the main game.

The events of Awakened take place directly after the main game's events, so players who want to stay away from spoilers should hold off until they complete the main storyline.

In Awakened, Issac and Carver are working to get off Tau Volantis and back to Earth. The pair head to the CMS Terra Nova in order to complete some ship repairs, but unfortunately stumble into another fold of the Unitologists' conspiracy.The cult has begun mutilating human corpses and combining them with necromorphs, sewing limbs broken off the mutated creatures onto humans in twisted effigies.

Fattouh notes that Awakened has been in development for some time.

"When you have a game of this magnitude, you have to start planning things [like DLC] earlier,' he told Polygon. "We've been working on Awakened for several months; it's hot off the presses."

Awakened ties directly into the main game's storyline, but Fattouh won't comment on whether future add-on comment will do the same. For now it's all about the Unitologists' and the crazy new cult leader preventing our heroes from returning home.

An Awakened demo shown at a recent event held by Electronic Arts set me on the ship in the midst of a search for engine parts. At this point Isaac and Carver are aware that some Unitologists have adopted a new leader and overrun the ship, as well as packed it with necromorphs. While all this is happening, Isaac's dementia flares up with stunning regularity, perhaps even more frequently than in the main game, and offers him brief glimpses of this mysterious new leader. 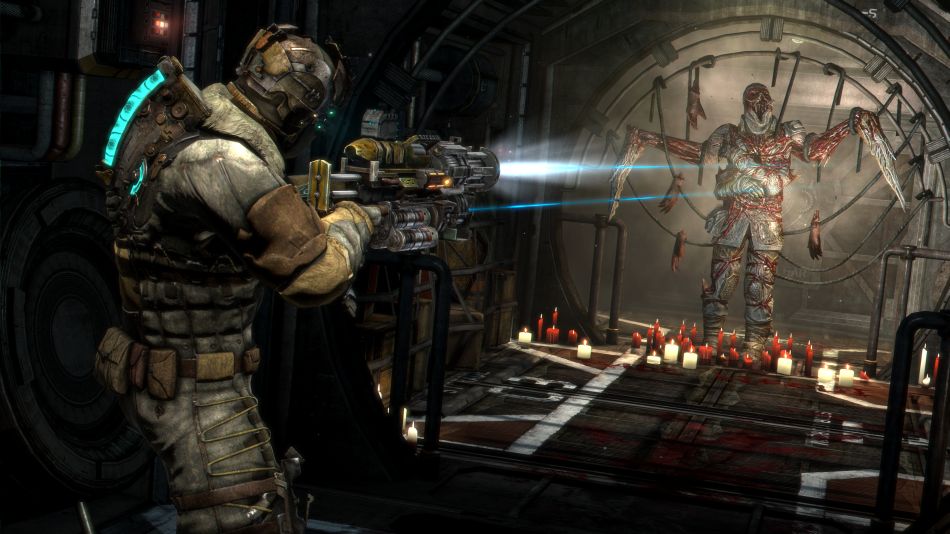 As for what is "awakened" during this new chunk of Isaac's tale, players must complete the DLC to find out, but Fattouh promises that it's "not good."

I guide Isaac into what appears to be a control room, a wide window open into the endless chasm of outer space on one side. Nothing appears to be in working order and there is faint red wash over everything. As Isaac steps out onto the metal mesh walkway towards what appears to be a functioning panel of buttons, dementia hits and there is a screeching necromorph in front of him with its hands around his neck. The next seconds feel like hours as I push him off and he disappears, only to reappear again in another sudden flash. The struggle ends abruptly and I am too anxious to move, wondering how many steps I am from the next attack.

As it would turn out, the answer to that question is four. 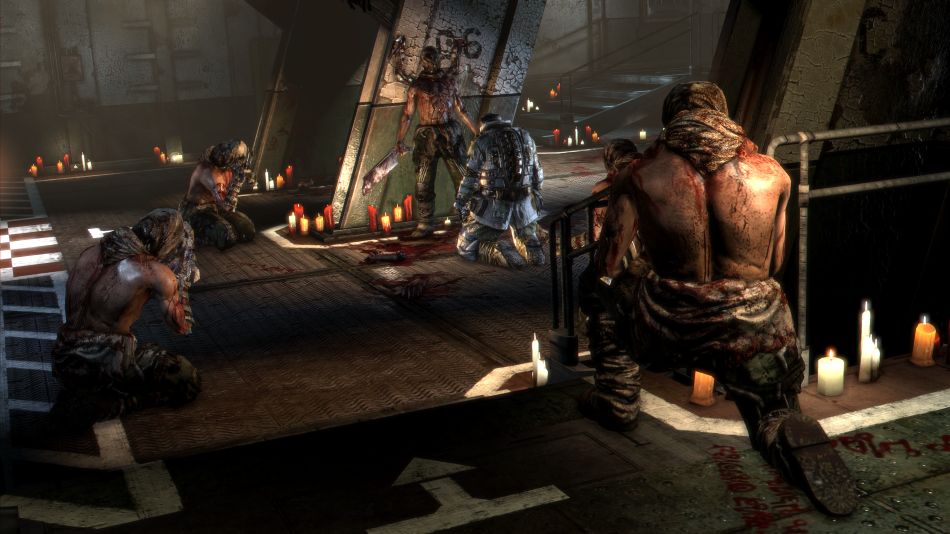 According to Fattouh, murmurings of Dead Space 3 not being frightening enough have not had any effect on Awakened's development, but he hopes players will find a heightened since of fear with the new content.

"This is a vision that we've had for a while, so there hasn't been a lot of reactive changes based on feedback," he said. "But the vision for this particular chapter was always about making it ultra-creepy and ultra-scary. I think that ties in a lot with what some of the fan feedback has been, and the request from what fans want to see. I think it fits nicely with that."

Regarding the "not-scary-enough" feedback, Fattouh believes it is individual gamers' playstyles that determines the depth of the "horror" element in survival-horror.

"We think it's very up to the player on how they want to experience it, single-player or co-op," he explained. "It's a lot like watching a horror movie. Do you want to watch it in the dark alone, do you want to play it during the day with a bunch of friends around? It's really up to you.

"I do think that Awakened definitely has [horror] themes and the overall story we're telling will resonate with a lot of the horror community, and that's something we're pretty excited about," he added.

I fly around another corner and smack into another mutilated corpse. The head of a necromorph stares lifelessly out at me while blood-drench human arms reach out to embrace Isaac. I yelp.

Dead Space 3: Awakened will be available on March 12 through PlayStation Network, Xbox Live and Origin for Windows PC worldwide for $9.99 or 800 Microsoft Points. The pack will be available through the European PSN the following day.