God of War: Ascension sees Sony Santa Monica's tremendously popular series in something of a predicament. After three console releases — and two portable titles — the series has nearly exhausted the source material it's depended on since 2005.

Then there's the matter of their anti-hero main character Kratos, who went from tortured avenger in 2005's God of War to mass murderer and all around jerk in 2010's God of War 3. God of War 3 also managed to deliver what some still consider to be the PS3's most technically impressive title, with stunning graphics and an epic sense of scale and showmanship to accompany Kratos's quest to take down the entirety of the Olympian pantheon.

Sony Santa Monica's solution then is to take God of War: Ascension backwards, at least chronologically. God of War: Ascension is also the first of the series to be split into two halves. There's a singleplayer campaign set before the events of the original God of War, and a multiplayer element composed of competitive modes and cooperative challenges that take place outside of Ascension's narrative — aside from a bizarre and jarring piece of connective tissue oddly grafted into the beginning.

Kratos' jump into multiplayer works surprisingly well, but the game feels stretched too far in two different directions as a result. God of War: Ascension has the same solid underpinnings that have defined the series, but there's a pervasive sense of listlessness throughout. Sony Santa Monica manages to find some of the old fire that drove Kratos' previous adventures to bold, bloody heights, but narrative blunders and miscalculated story decisions dim the light. 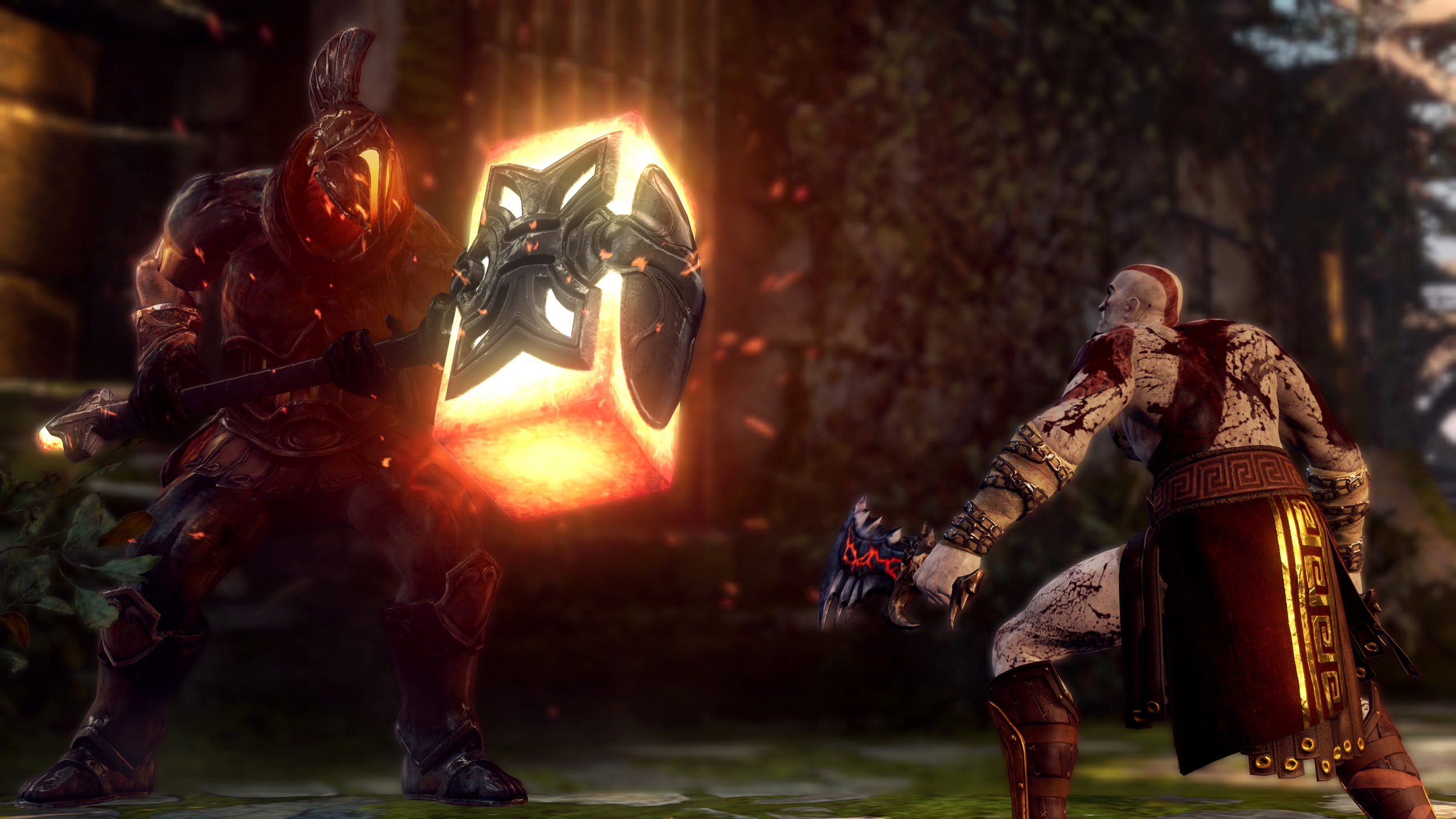 At its most basic, God of War: Ascension shares the same foundation as its predecessors. It’s a third person action game predicated less on finesse and more on raw aggression and violence. It controls well, but it’s not about mechanical sophistication the way that Metal Gear Rising: Revengeance or even the recent DmC are.

Instead, Ascension exists for the spectacle. Full of quicktime sequences and incredible in-game cinematic sequences, God of War: Ascension is still all about knocking you on your ass as often as possible. But it often lands a glancing blow. 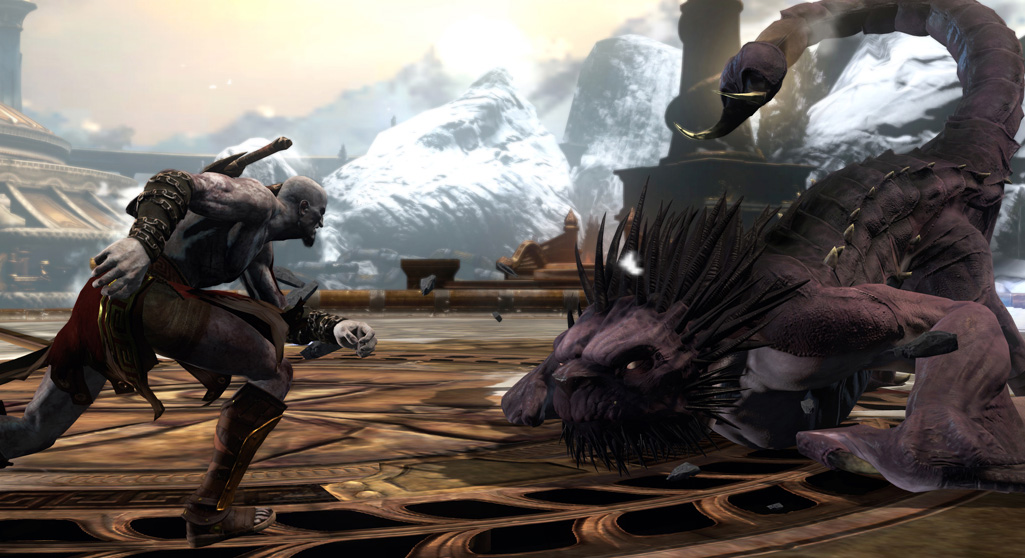 Ascension’s story gets off to a nebulous start and struggles to find some sort of coherence throughout. It goes something like this: the immortals that populate God of War: Ascension’s ancient Greece employ the services of the three Furies to enforce the power of promises made and oaths sworn. If any creature, mortal or otherwise breaks a blood oath to a god, the Furies intervene, imprisoning and torturing the guilty party. Resident series angry person Kratos has reneged on his agreement to serve as the God of War Ares’ champion, and is marked by the Furies for punishment. Sort of.

There’s a conspiracy afoot, and things are more complicated than they initially seem. Which is pretty complicated, actually. God of War: Ascension follows a bizarre, chronologically out-of-sequence framing motif for its story that left me consistently wondering what exactly was happening at any given moment.

This doesn’t do Ascension any favors. Even if it were in chronological order, God of War: Ascension’s story is easily the weakest and most superfluous of the console entries to the series. God of War has always relied on a general familiarity with figures and events from Greek mythology as a means to play upon and subvert audience expectations for the stories it has to tell, using this as a shortcut to understanding.

God of War: Ascension's multiplayer suite is beyond even my optimistic expectations for Sony Santa Monica's first real attempt at a multiplayer title set in the God of War universe, and it's easily the best realization of a third-person action game translated to online multiplayer.

Most importantly, Sony Santa Monica has successfully captured the feel of God of War. Combat and movement is instantly recognizable to anyone that's played any of the previous games. God of War: Ascension finds a tenable middle ground between the empowerment you'd demand of it, but it also finds a workable balance between capability and vulnerability to make a competitive game work.

This is based in a kind of rock-paper-scissors arrangement: light attacks can interrupt heavy attacks, but can be parried; heavy attacks break blocks, but can be dodged; dodges avoid heavy attacks, but make you vulnerable to grapples from a distance, and so on. This is further complicated by the option to choose a spear, sword or hammer as your champion's primary weapon, which allows for flexibility in play style while keeping things more or less balanced.

The co-op mode offers a set of challenge arenas that sidestep the lackluster encounter design that dogs God of War: Ascension's campaign by ramping up the numbers and types of monsters you encounter while bearing down toward your two-man team with a clock that can only be filled by killing them. It forces quick strategic decision-making and teamwork.

Sony Santa Monica hasn't sacrificed the feel of God of War's movement and mechanics, but the series' reliance on fast and showy combat over mechanical depth could be a liability in the long run. At times battles often felt arbitrary and confusing, though environmental traps and weapons allow less aggressive players to contribute to their teams' efforts. The question is whether Ascension's multiplayer will stand up to dedicated players' searches for exploits and balance problems. -P

It's worked before, because Hercules, Zeus, Apollo, Athena and even Gaia are names in the common lexicon. But even the most Greek-mythology obsessed 13-year old might be hard-pressed to place Aegaeon the Hecatonchires, or to appreciate the bizarre take on Castor and Pollux. Worse for Ascension, there's no breathing room for any of the characters to develop or be even partially realized. Everyone is angry at each other or exists out of sight, another MacGuffin to move the plot forward. Everyone is a cliché. Motivations are handed out, rather than being developed, and by the end, I was trying to piece together what had happened, other than the necessary status quo being restored to enable the series continuity to remain undisturbed.

Without the character moments and story building interaction that so consistently delivered in previous games, God of War: Ascension struggles to maintain any sort of pacing. The first half of Ascension — barring the early setpiece boss battle — feels listless and obligatory, with fights that don't have the oomph or visceral insanity of previous games. Shy of a dodge move that doesn't break out of animations as effectively as it used to — which often left me more vulnerable than I thought I should have been — the combo system and combat works like it always has. But Ascension has difficulty figuring out exciting or even mildly interesting scenarios for it.

God of War: Ascension seems determined to constantly give you new stuff — new elemental abilities can each be upgraded with the red orbs enemies bleed when they die, each of which adds a slightly different effect to Kratos' Blades of Chaos, but there never seemed to be much difference in practical application. There are other items that add combat options in addition to new puzzle scenarios, but I played through the bulk of the game without using them. There's not much present to guide you or teach you about what Kratos can do, other than the same things he's always done.

This absence of purpose manifests in levels that are often gorgeous to look at but poorly signposted. There are multiple points in God of War: Ascension that feature room puzzles that appear to block your progress forward, only to reveal themselves as vestigial and pointless — you might spend half an hour trying to figure out the secret to moving on in a level only to realize you need to backtrack and go the other way.

But there are points where God of War: Ascension finds the focus and purpose that drove previous games. Every boss battle finds a great balance between actual combat, amazing cutscenes, and quicktime events that manage to feel participatory despite themselves. About halfway through God of War: Ascension — interestingly enough, where the recent campaign demo is set — the general level design and encounters picked up nicely. It started to challenge me, but I still felt powerful and successful.

At this point in Ascension, I had been stomaching the graphic gore that saturates the game well enough. It was gross, but it was all cartoonish and over the top. I violently collided with my threshold an hour or so later during the latter point of one of the key boss fights in the game, which, without divulging plot details, involved a scene which forces you to violently beat a female character to death with Kratos' fists. 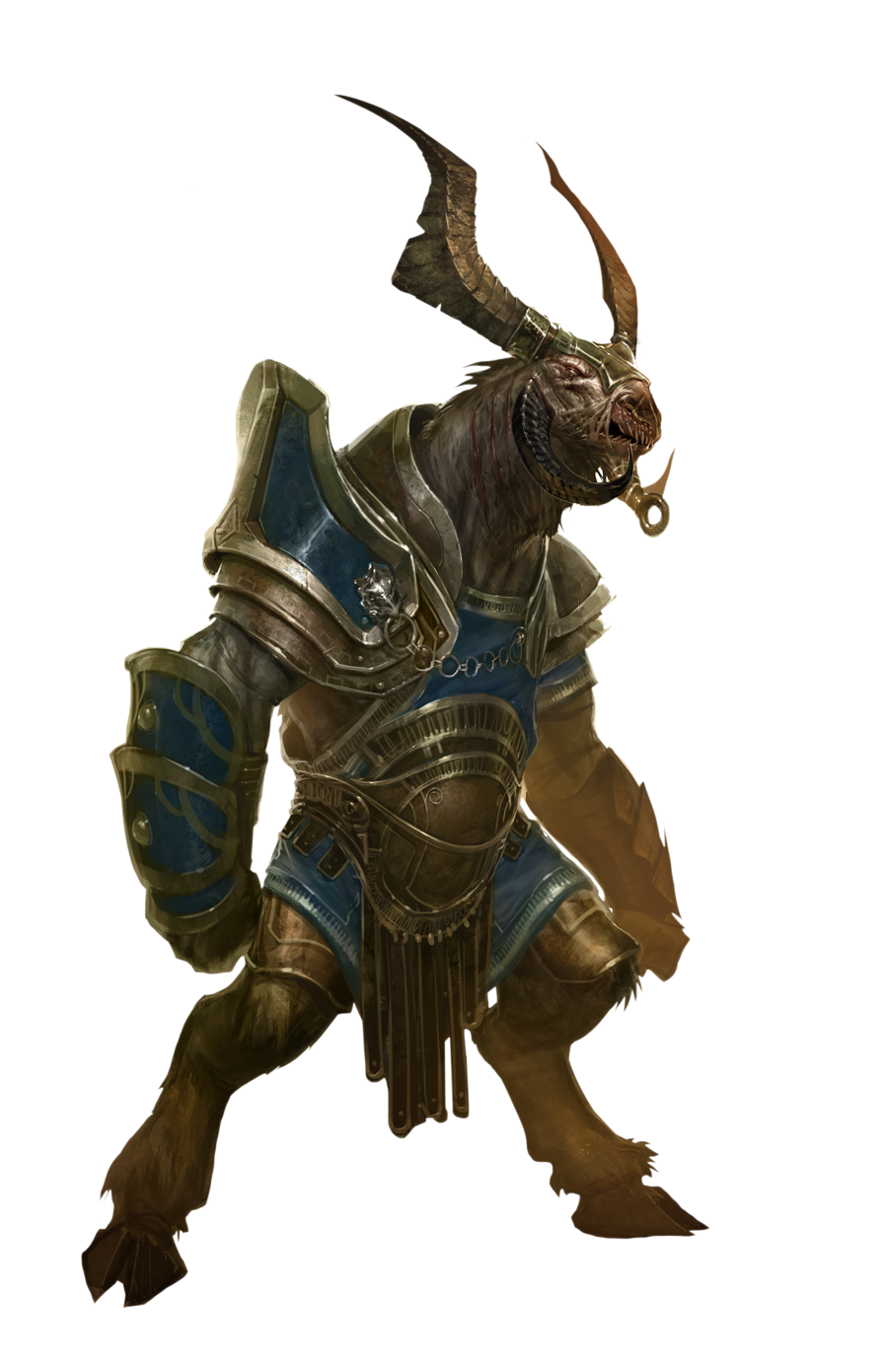 Yes, this character is an antagonist, and yes, you kill other female characters throughout God of War: Ascension. But there's an almost pornographic level of intimacy to the violence here that pushed things too far for me. The brutal, bone-shattering assault on a realistic female avatar was horrific regardless of its context, the imagery too loaded for me to shrug it off as just another God of War Moment TM. And then the assault was robbed of any narrative impact whatsoever by a throwaway story device. It didn't matter. I had to watch it happen and then it didn't mean anything. And then approximately 45 seconds later, I unlocked a trophy called "Bros before Hos."

If I wasn't reviewing the game, this would have been where I stopped. I didn't stop, but regardless, this is where God of War: Ascension's campaign lost me. I could go on about the nonsensical puzzles Sony Santa Monica closes the game with, or the brutal combat sequences that practically demand that you've found all of the health and magic upgrades in the game in order to successfully clear them. But after the moment I just described, it all just seemed gross and disturbing and unnecessary. It makes any trivial attempt at humanizing Kratos via God of War's now routine evoking of the wife and child he murdered while under the spell of Ares even more hollow.

Ascension feels like a pair of halves, rather than a fully realized whole

God of War: Ascension is a pair of halves that donât add up to a cohesive whole. The multiplayer succeeds at making God of War work as a cooperative and competitive experience, but doesnât have the depth to exist on its own. The campaign feels derivative and lacking the forceful confidence that made the series a showpiece for cinematic character-driven action games. When Ascension works, it still does what no other game save God of War manages to achieve. But it lacks the vision and force to stand up to the rest of the series.