"In this country if we are to consider ourselves equal, we need to all be treated equal under the law. It's a pretty simple idea."

Luis A. Ubiñas, president of the Ford Foundation, gives his assembled audience an example of entertainment that changed the way the public viewed lesbian, gay, bisexual and transgendered people: television sitcom Will and Grace. Ubiñas said that for the first time, a gay character was featured in media in a positive light. And if a television show could improve people's views on the LGBT community, a game — an interactive experience — could do more.

"Imagine the impact games could have," Ubiñas asked his audience, gathered at Electronic Arts' Full Spectrum awareness event in New York City. "For gay people to enter fantasy worlds to make homes and hold hands with partners of choosing regardless of gender, they move beyond the passive world of television into the active world of gaming, heightening the impact."

EA's one-day conference was held to discuss LGBT presence within the games industry and the challenges these individuals face in corporate culture, an issue Ubiñas calls the "last bastion of organized legal government discrimination."

"We have to think about not just our place in the world but who we want to be," argued Hilary Rosen, Democratic pundit and devoted LGBT rights activist. Rosen believes that a dialogue must begin, both in games and in studios, in which both LGBT and straight participants are comfortable discussing their personal issues.

"We need to think of ourselves as a family," she added. 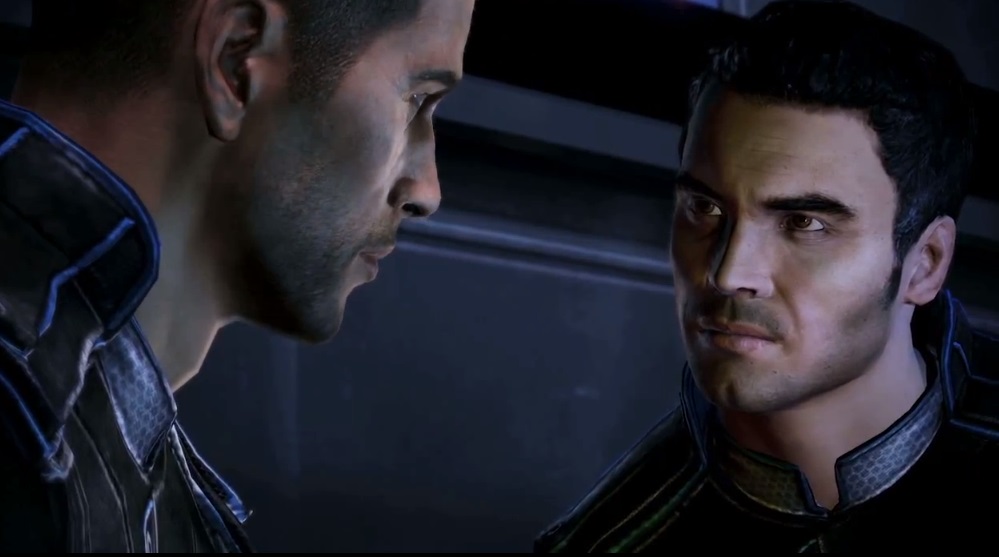 At the beginning of the conference, EA North America's head of public policy Craig Hagen brought up one of the company's more stirring controversies: the addition of a designated LGBT planet in Star Wars: The Old Republic, a space Hagen says was created for these individuals to congregate without harassment.

"With one move we demonstrated EA's unique ability to piss everyone off," Hagen said. "We got hate mail and appeals from radical groups for acknowledging LGBT content, and LGBT groups asked us why they were segregated to a planet."

Hagen said the Human Rights Campaign, a co-sponsor of the Full Spectrum event, helped EA to address these issues and determine a better way to create inclusive game spaces.

"As adults we insulate ourselves very easily," director of business development and industry relations at Tencent Gordon Bellamy said in a conversation on use of hateful speech on social media. "Your friends probably don't tweet to you [in a negative way]. Online games are the same way; people have experiences removed from insulation of people they normally interact with, [and you're] getting a raw view of dialogue happening in the world about these topics.

"I think in some ways games are freeing us because you're seeing more truthful talk amongst people on how they feel about things that they ordinarily wouldn't experience," he added. 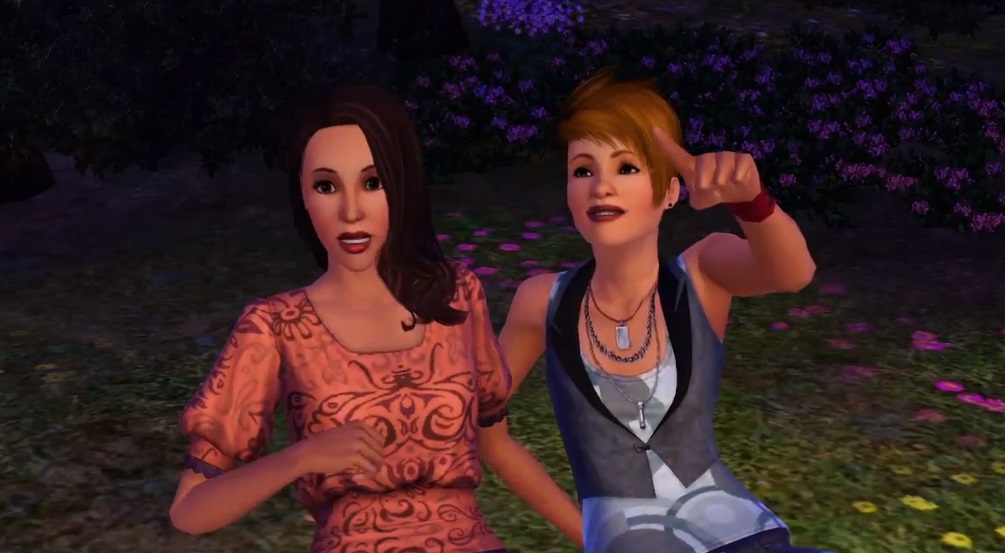 Caryl Shaw, producer at social and mobile developer Kixeye, notes that in more adrenaline-driven games like first-person shooters, players often want to call for backup or present themselves in ways that result in use of aggressive hate speech. Use of these words in a negative light may be the result of a lack of positive LGBT narratives in games.

"Epithets are used to dehumanize someone before you do something bad to them," Bellamy added to Shaw's point. Taking those epithets out of the game's fiction and into real-world interaction has a real effect on the hearer. "This is the danger of not having positive narratives around LGBT life. If only negative narratives are told, it won't be good for any of us."

"As a developer, I feel a responsibility to find ways for people who are in an unsafe space to have a better experience," said Shaw.

"It's a white dude-y industry."

Should games then be considered a public discourse? Not all of them need to be, according to Dan Hewitt, vice president of media and events for the Entertainment Software Association. Anyone with an internet connection and a computer can create video games, and what those games are is the discretion of the artist. There is "trash" on the web, says Hewitt, and we should be concerned how these games affect the broader image of the industry. Most media tends to paint the "entire picture with the same brush," something we cannot allow to continue to happen.

Bellamy said the industry needs to reduce barriers preventing individuals with different lifestyles from writing these diverse stories, adding that getting these individuals into positions of leadership are how these stories get told. People who want to make a living off making games need to know the opportunity is there for them to do so.

"It's a white dude-y industry," added Shaw. "I think in general it is still a very hard place for women to get in. I think that's gotta change." 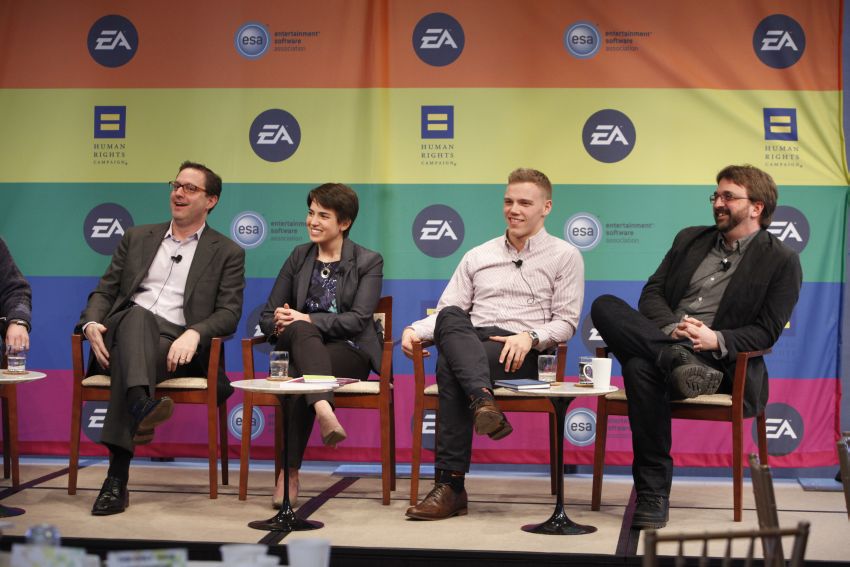 Baltimore Ravens linebacker and outspoken LGBT rights activist Brendon Ayanbadejo was on hand to discuss his role in the push for equality. Ayanbadejo said EA's incorporation of same sex couples in games and creating an inclusive corporate culture is a large step in the right direction. Exposing younger gamers to LGBT situations, or "getting them young," will let them know earlier on that there is nothing wrong or harmful about these kind of same-sex interactions, and that bullying someone for their sexual orientation is hurtful.

"The younger generation is much more pliable and forward thinking, and easier to work with than older generations," he said."I think it'd be really awesome if [EA] did something in a Madden game, and had one of these major athletes on Madden, and they had them doing something that included LGBT awareness in the game. It's something I haven't seen before, and it's tough to find an athlete of that caliber willing to do that. Think of how many people that would hit if they did that, it would affect so many people, it's unprecedented. I'd love to work with [EA] to get that done, with my relationship with athletes in the NFL.

"In the cyber realm, everyone is six foot four and 250 pounds," he added, noting it's easier to bully when you're hiding on the other side of an online connection. "You get to create yourself, and sometimes people go off the edge a little bit. People will be aggressive on Twitter but would never say [the same] things to my face." 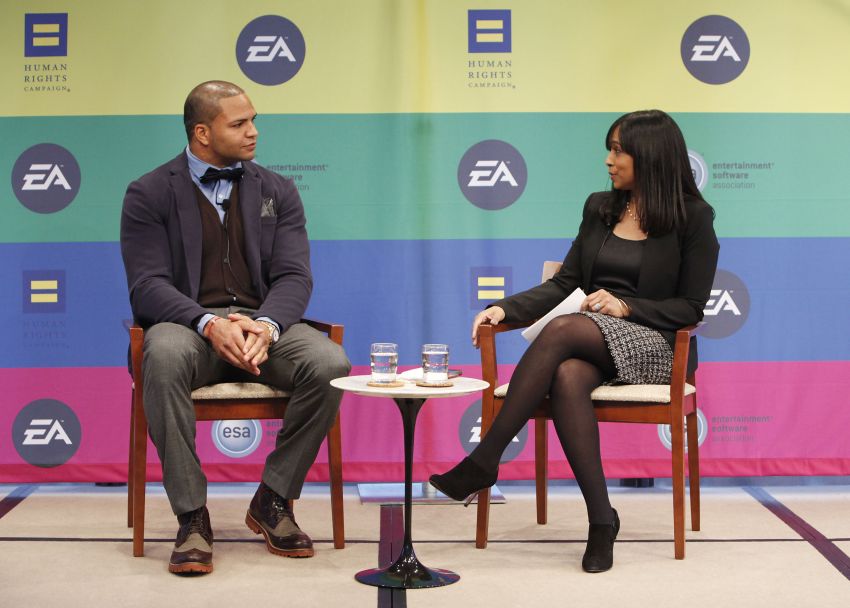 In a panel later in the day, BioWare Austin general manager Matt Bromberg expressed that including LGBT content in games is a double-edged sword.

"Fox News from the right away lambasted us about how horrible and offensive we were [adding the LGBT planet to SWTOR], and there was enormous backlash from the LGBT community about not liking how we were doing it or feeling [the addition] was too small.

"Sometimes you can't win for losing, that goes for moderating forums and other things," he added. "All you can do is the best you can." 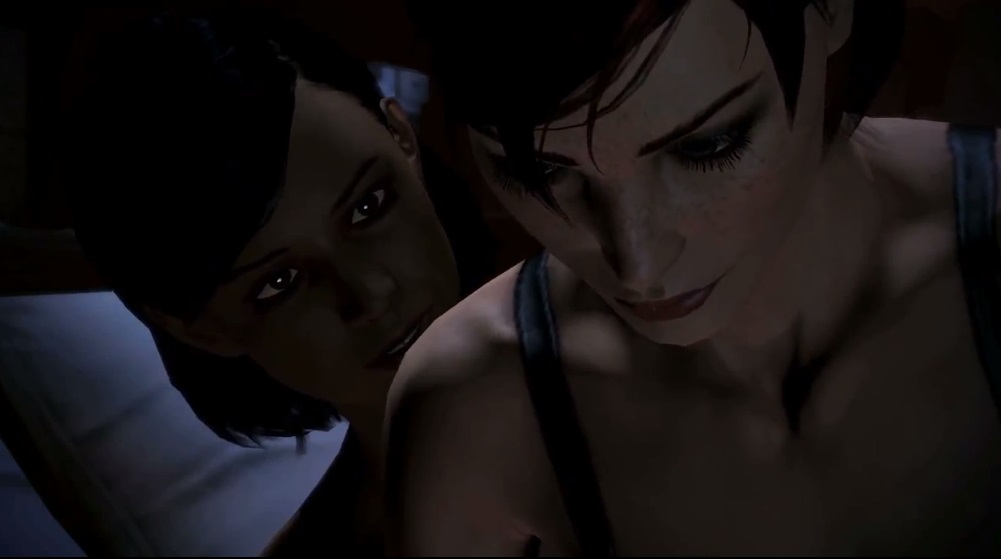 BioWare is perhaps best known for its creation of role-playing games that grant players extensive character customization including sexual orientation. RPGs, which are about having options and inserting yourself into the story, shouldn't have any limitation when it comes to a created character's lifestyle.

"You can explode a ball of fire and casts spells, but you can't be gay," Bromberg said, referencing the backlash from SWTOR. "For creators it's all about making those options available for players, offering the broadest set of options and allowing them to play."

The easier and "less expensive" way to handle romance in RPGs, Bromberg said, is to make it the same for everybody. Both homosexual and heterosexual situations are included, and players can chose whether to respond and further the relationship or ignore them. The other option for developers is to create tons of branching storylines so players who don't actively seek these interactions won't encounter them.

Should developers active looking for ways to add more LGBT themes to games? Bromberg says that developers should rather focus on creating environments that encourage people to tell these stories, especially ones that speak to them.

"I don't think we [at BioWare] dial up a particular kind of story," he said. "You can encourage them to be inclusive. Historically that's what we've done. Not as aggressively as some would like, but much more than others. It's about creating that environment."

"Games will get to that platform of capability of telling [LGBT] stories much faster than Hollywood might," added Battlefield community manager Jaap Tuinman, noting that the upcoming generation is more likely to bring sensitivity to LGBT values with them into corporate culture. "We have lots of young people coming into the work force all the time. That's part of the fabric of our industry, looking forward."

Bromber says that BioWare has worked hard to create an environment where its team can stories that are authentic, engaging and free from creative limitation.

"That has to do with foundation of what RPGs are about," he said. "It's about having options to pursue the kinds of things that get you interested and excited, things you can identify with. The broader, deeper more authentic choices you can give people, the better the game is. We provide those choices because we think it makes the game better."

Bromberg says developers need to not be shy about putting LGBT characters and scenarios out there, and give younger gamers strong role models they can identify with. By offering playable LGBT heroes, developers can show children struggling with self-identification and bullying that being who they are is OK.

The conference ended on a hopeful note, with Hagen once again taking the stage to address the audience. He argued that while changes in attitudes towards industry LGBT issues won't change overnight, joining as a community to spread awareness and discuss will move the industry in the right direction.

"More LGBT characters in games and better service policies aren't going to change it," he said. "It's not about defending ourselves; it's about defining ourselves. Together we need to drive the change that we want to see. Hate is not a game. The only way we can begin to change hearts and minds is through awareness."