Share All sharing options for: Maxis explains what went wrong with SimCity and what the developer is doing to fix it

Since SimCity's launch on Tuesday, the game's always-online experience has been marred by severe technical issues. For many players, it rendered the game unplayable. For others, SimCity's connection problems meant long waits, lost cities and frustrating disconnects.

SimCity developer Maxis says its efforts to increase server capacity are working, allowing more players to get into the game and reducing the number of "disrupted experiences."

In an email interview with Polygon this evening, Maxis general manager Lucy Bradshaw says the entire studio — with additional help from across Electronic Arts — "has been against this challenge 24/7, working in shifts since the moment issues were being reported by our community." Additional SimCity servers are being deployed to bear the load, but simply adding more hardware will not fix the game's current problems.

"We have teams producing new servers, but we've identified that many of our issues were related to how [SimCity's] GlassBox [engine] managed the vast amount of simulation data through its database," Bradshaw explained. "We've addressed that and we've seen an 80% decrease in connectivity or responsiveness issues.

"Still, 80% is not good enough and so we are continuing to aggressively address this area."

Bradshaw said Maxis expects to see "great stability in the game" this weekend. Added server capacity, along with software improvements, is resulting in positive progress, she said.

As for what went wrong in the first place, Bradshaw says it was a combination of factors, primarily driven by overwhelming demand.

"A lot more people logged on than we expected," Bradshaw explained. "More people played and played in ways we never saw in the beta."

Participation in SimCity's beta, Bradshaw said, along with other "demand metrics," helped determine how many servers Maxis estimated it needed at launch. But the release of SimCity this week brought with it unexpected demand and unforeseen technical challenges. Maxis' estimates were too conservative, it turns out.

"What we underestimated was a huge surge in pre-orders within the last week and the power of the great word-of-mouth created by the media and our community," Bradshaw said.

It wasn't just the number of players either, Bradshaw explained, as SimCity's servers performed differently once the game was released to the "wild ecosystem of live operations."

"We test and work out the capacity load of each server in load testing and through our beta events," she continued. "We have seen play behavior and load in areas that have stressed our game server [databases] in ways that we did not experience in Beta or Load Test.

Upon release, Maxis discovered that player capacity per server wound up being lower than anticipated in a live environment, Bradshaw said. The developer has applied fixes and optimizations, both on the client and server side, to address that. 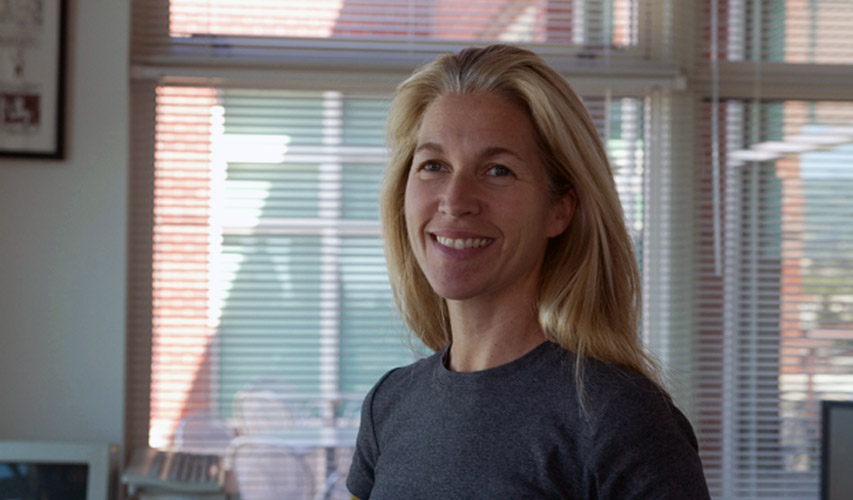 Given similarly disastrous launch week issues that affected online games like Blizzard's Diablo 3 and World of Warcraft, and Call of Duty's Elite service, why weren't EA and Maxis better prepared for this, I asked.

"Each game launch is very different and it's not as simple as saying we didn't have enough capacity," Bradshaw said. "A perfect storm of highly technical issues related to MASSIVE demand cannot be anticipated, only addressed. We are committed to making this right."

What Maxis can't do, despite fan requests, Bradshaw said, is simply strip out the always-online architecture of the game.

"An online interconnected world has been part of our design philosophy since day one," she said. "It's the game that we've been wanting to create since SimCity 4 as we've wanted to explore the dynamics between cities as they exist within regions. Real cities don't exist in bubbles; they specialize and trade resources, workers and more.

"We know this has not gone smoothly, and we want to make it up to our fans."

Bradshaw says the development team is "frustrated" by SimCity's current status, but that it remains "focused and their mood is all business."

"The team is frustrated because they know that underneath these connectivity issues is a game that deserved your initial score of 9.5," she told Polygon. "We plan to earn that score back and the respect of our fans by fixing it and by openly communicating with them information as we know it."

On Friday, an apologetic EA announced it would give SimCity owners a free PC game from the publisher's catalog.

The launch of SimCity and its ensuing struggles has taught Maxis some valuable lessons, Bradshaw said, firstly that "online launches are very complex and a game that is an open sandbox simulation can lead to a wider variety of scenarios we need to test for!"

"Second, our fans are incredibly passionate and smart," she said. "They knew that we'd have issues before we did. But it's not that we weren't listening, it's because we believe in online connectivity as a creative game design decision."

"Lastly, crisis brings out the best in Maxis. Everyone here put their hearts and souls into this game — it was an incredibly proud achievement to deliver the game we'd always wanted to build. To see it have these problems, and incite the community reaction that is has, has been heartbreaking for every single one of us. I'm incredibly proud of my team because they care so much about the people that play their games.

"Our team is working around the clock because they love SimCity and they want everyone to be able to play the game we intended them to experience."

Asked what she'd say to SimCity fans who can't play the game they purchased, Bradshaw pleaded to them, "Stick with us."

"Some of you have been fans of Maxis and SimCity for more than 20 years, through good times and challenging times like now. We love what we do and once this is behind us we hope that you'll see a great game created by passionate people."

In Elite Dangerous, humanity’s war against the Thargoids is going real, real bad