League of Legends: Cho'Gath Eats the World, the prank that was a year in the making

Share All sharing options for: League of Legends: Cho'Gath Eats the World, the prank that was a year in the making

Riot Games' League of Legends April Fools prank took a year to make and plan, and involved several days of controlled leaks in the lead up to the audacious holiday, the developers told Polygon.

The prank officially began on March 25, when the first clue teased was Riot Games' registration of Chew domains. The developer registered Chewgame.kr, chewgame.co.kr, chewgame.com, chewgame.net, chewesports.com and chewgame.com.br. Domain registrations are often quickly picked up by news sites, as they can be an indication at an unannounced game or IP.

On March 26, Riot Games posted a Player Survey on the League of Legends forum's General Discussion Thread. The survey asked the community a slew of questions designed to hint at the Chew game, such as what characteristics of a new game they would like and opinions on arcade-style games. Riot Games said the survey received more than 67,000 respondents worldwide.

The next day, a fake forum post titled "My boyfriend works at Riot" featured a "leaked" photo (above) of a Chew Kanban board, and the image was later taken down by Riot "to increase speculation."

Riot Games publicly trademarked "League of Legends CHEW" and "CHEW" on March 27. The final brazen hint was dropped on March 28, when a photo (below) of the Chew PowerPoint deck was "leaked" on Twitter. It was hastily deleted by Riot to "avoid over speculation."

After a few days of leakage silence from Riot, Chew was released worldwide at 12:01 PST April 1 to the League of Legends community. Interested gamers can play the game here; however, there is a ticker counting down with three and a half hours left at the time of writing. Lastly, there's an Astro Teemo game hidden within the League of Legends: Cho'Gath Eats the World. 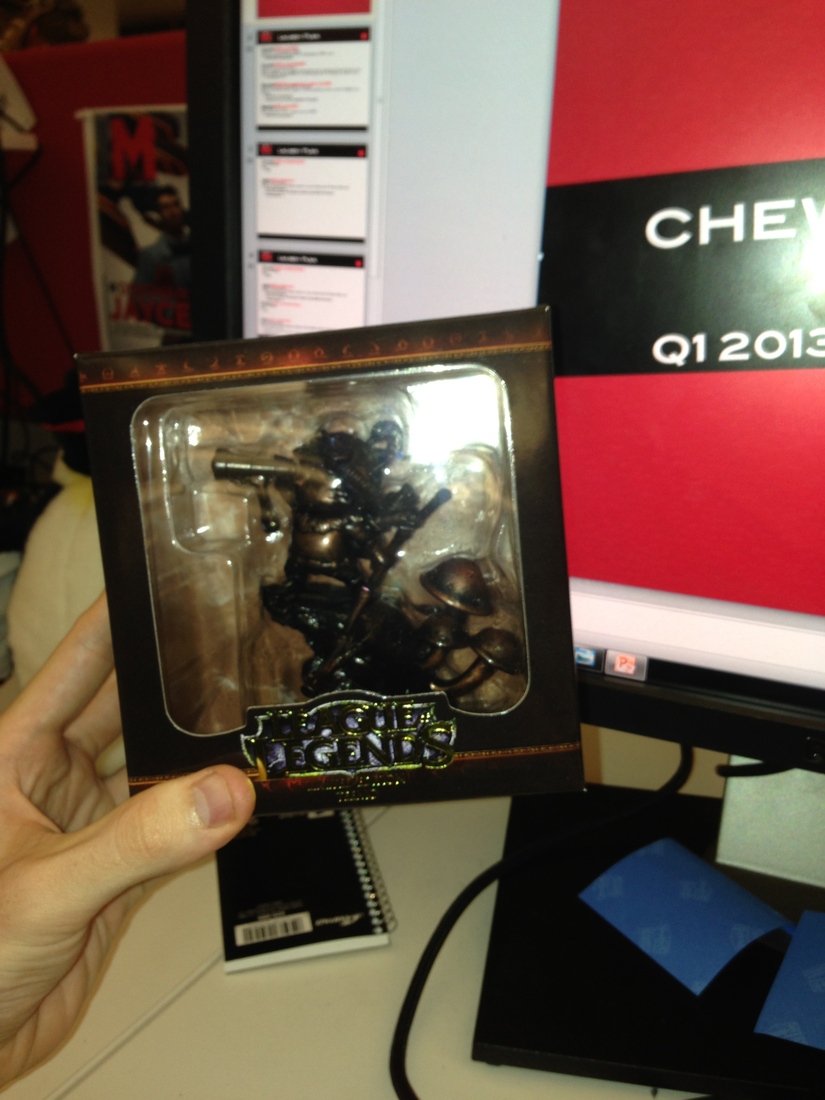