Alien Spidy has a personality disorder. Enigma Software Productions has built a world of colorful forests and crystalline caves, filling it with giant insects. Alien Spidy's cartoon-spider premise matches its funky aesthetic. It's cute. It's quirky. And it's a real bastard.

Alien Spidy presents players with a deceptive package. Underneath the friendly exterior is a score chase in the form of a 2D physics-based platformer, with a difficulty level that often sits on the wrong side of punishing and slippery controls. It looks innocent, but it might bite you.

Mechanically, Alien Spidy is simple. You run, jump and shoot webbing, which you use to swing from objects in the environment. There’s also a limited set of power-ups (super speed, a super jump, etc.) that come in handy in specific areas.

Your objective in each stage goes beyond traversal You collect orbs throughout each stage in quick succession for score multipliers, which provide the boost needed to hit score challenge goals and progress in the game. Levels are on the shorter side, designed as obstacle courses that are divided into several segments. Most courses offer a manic 90 seconds to three minutes or so of running, jumping, slinging, swinging and even underwater spelunking. 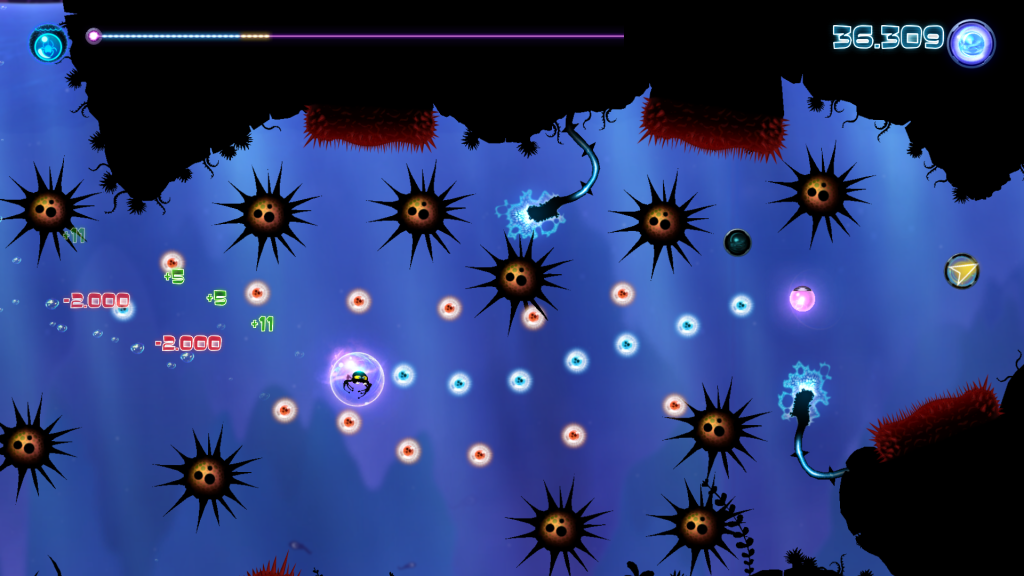 Momentum is king in Alien Spidy's gameplay. Everything from hitting just the right angle as you swing from web to web, to adjusting your underwater velocity depends on your ability to manipulate the game's tricky physics. Jumping is floaty, allowing you to adjust in mid-air so you can hit the next swing just so. It takes a great deal of practice, but mastering momentum is the only thing that will keep you alive, since the environment is lethal. The checkpoint system is generous, but you lose points for respawns, forcing you to restart after too many mishaps.

Alien Spidy’s structure is punishing. Finishing most stages isn’t difficult, but you need to attain a predetermined number of stars to progress to the next world. Each stage has five stars available by hitting progressively tougher point values. These are prohibitively hard to achieve on some stages; four and five-star runs are difficult even on easier levels, leading to repetition and frustration. 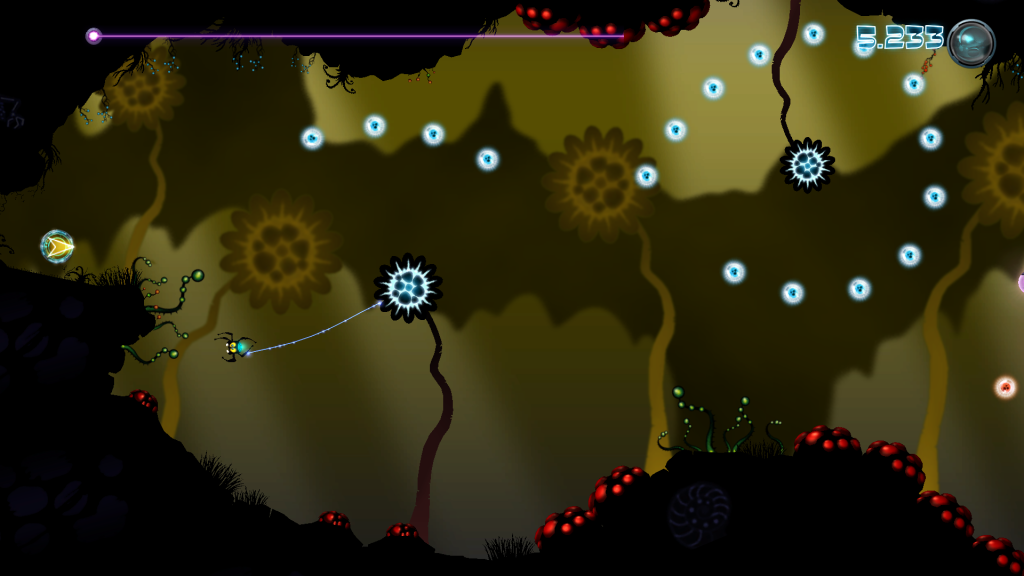 I played these stages dozens — in some cases, even hundreds — of times over the course of the game. My road to acceptably high scores was littered with thousands of skewered, drowned, acid-burned, crushed and otherwise mangled spiders. The trail of corpses was an apt metaphor for my ego — and possibly my controller — after a few dozen unsuccessful attempts. Boss stages are especially infuriating. I played one boss level against a pack of laser-spewing fish so many times that I’m convinced I could now survive it with my eyes closed.

At its worst, Alien Spidy is so difficult that it becomes tedious, and luck plays as much a part as muscle memory. While Spidy himself did a little victory dance at the end of one particularly arduous star-grab, I just sighed and felt thankful it was over.

Alien Spidy's punitive design demands a level of control it can’t provide. Jumping in particular is tricky, as Spidy gets stuck on terrain at inopportune moments. Sometimes the jump command doesn’t take, resulting in more maddening deaths. The web shooter is similarly finicky, often requiring an unacceptable amount of trial and error to hit just right. Even power-ups frequently failed to activate. I can’t count the number of times my "super jump" didn’t engage until it was too late. I was still struggling to get a handle on Alien Spidy long after the tutorial levels were in my rearview. 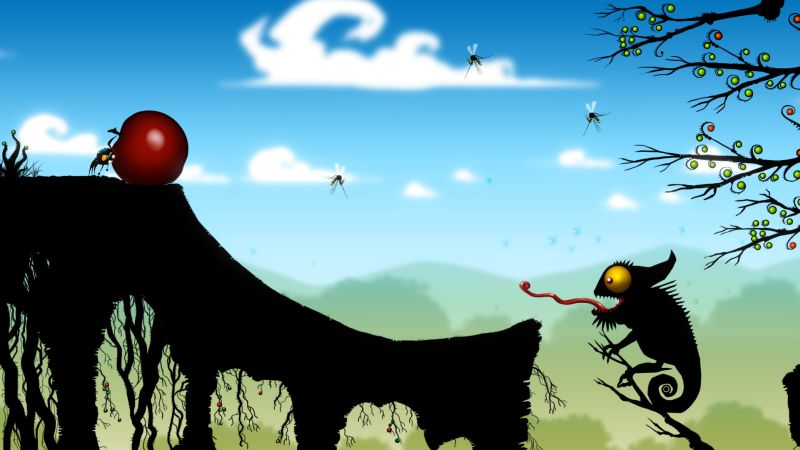 Despite its friendly aesthetic and fast-paced action, Alien Spidy fails to deliver on its promises. With a punishing gatekeeping system and slippery controls, the difficulty often feels artificial and unfair, ruining what could have been a much more charming game. There's an excellent platformer inside of Alien Spidy, but you'll need superhuman patience to find it.