LucasArts's eulogist looks back on the poetry of goodbyes

Share All sharing options for: LucasArts's eulogist looks back on the poetry of goodbyes

Last weekend, Harlin published a tribute to the development studio days after its closure; a eulogy for his recently departed home. It was spread widely and quickly around the gaming community through Imgur, accompanied by LucasFilm photographer Joel Aron's portraits of the studio's employees.

Though studio closures and mass layoffs are usually acknowledged with an appropriate amount of somberness and condolence — particularly when the studio affected is a 31-year-old institution like LucasArts — the human face of those departures is often drowned out by statistics. That's exactly why Harlin penned his send-off to his former employer: To show gamers what life is like behind the PR and marketing curtain.

"I don't think gamers ever have an idea of what life is like at a game studio," Harlin told Polygon in a recent interview. "Maybe LucasArts is one of the most understood. Maybe not. The average AAA title takes years to develop, all of which basically takes place in secrecy behind a veil of masterfully controlled PR grooming. Gamers play our games and decide if they like them or not; but they have no idea what it was like to make those games."

"You go through hell with those people and you come to love them for it."

That misunderstanding isn't just tied to a studio's culture, Harlin explained. For a studio like LucasArts, whose licensing and collaborative efforts with other publishers and developers were a bit nebulous at times, it can snowball into resentment for a perceived lack of effort.

"We always read our own press coverage and it frustrated us how the picture of LucasArts that gamers seemed to have didn't match what actually happened there," Harlin added. "It's common to hear things like 'LucasArts hasn't actually developed a game itself since 2008,' or 'Everyone in the company was laid off after The Force Unleashed.' It's all nonsense. When we were shut down on Friday, the audio department alone had three employees who had worked there for 18 years, 12 years, and 10 years respectively.

"A game company is more than just artists and engineers," Harlin said. "An externally developed game like The Old Republic was always touched at LucasArts by armies of QA folks, producers, artists, marketing folks, composers, sound designers, voice actors and directors, lawyers, finance employees, etc. All who worked for LucasArts, not EA or Bioware. So, it's unfair to ever dismiss LucasArts' successes as simply 'externally developed.' To do so shows a complete misunderstanding of how the game industry works." 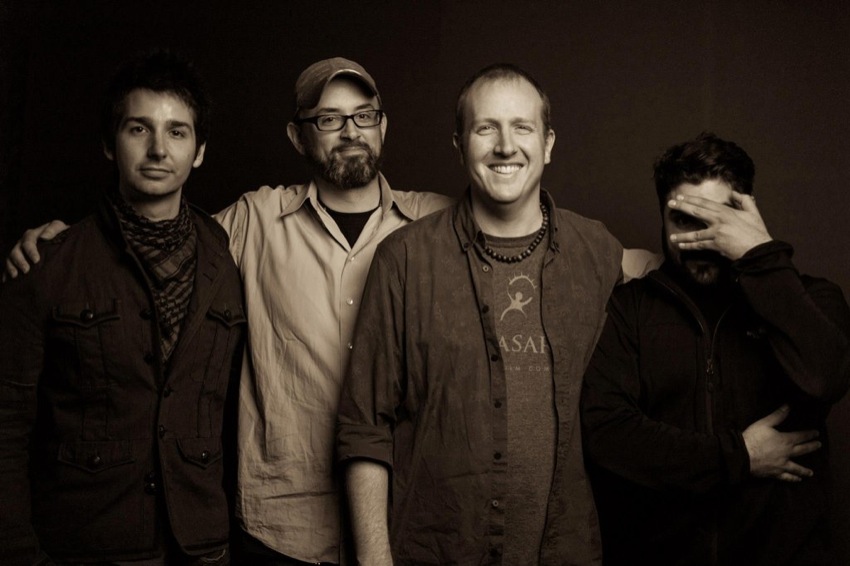 Developing games is a "goddamn brutal" business, Harlin said, and conditions weren't especially easy at LucasArts. Producers were asked to uproot their lives and the lives of their families to work with an offsite developer. Crunches left all branches of the studio working 15 to 18-hour shifts, seven days a week, for weeks at a time. The stress built to breaking points between employees and managers, causing conflicts — but in a strange way, it also brought the studio together as a whole.

"When the stress of deadlines rests upon your shoulders and tens of millions of dollars hang in the balance, that kind of stress will drive people crazy and it happens in gaming all of the time," Harlin said. "So there is a yin and yang to gaming. You go through hell with these people who then become the only ones who know what kind of physical, emotional, and psychological torment it was to create something the press and gamers will dismiss in a week.

"You go through hell with those people and you come to love them for it."

Despite that stress, the corporate culture at LucasArts "was one of perpetual optimism," Harlin said. Even when the studio's morale was at its lowest, the developers looked towards the future, towards what was next. Crunch-time stress invariably receded, leaving "a sense of camaraderie" between coworkers.

"There wasn't a single email that ever said 'Screw you, jerks. I'm outta here.'"

LucasArts was very much a home to its employees, particularly those who had served longer stints on its payroll. On the day of its closure, Tim Schafer and Ron Gilbert — alumni from LucasArts's adventure game era — both told Polygon that the studio played an important role in their careers.

"LucasArts was my first job in the industry," Schafer said. "And [I'm] sad to see all that history go away. And all that concept art. I'm going to be dumpster diving behind their offices for a while to see if I can find any old Full Throttle concept art."

"In a lot of ways I grew up there and it always felt like a home to me," Gilbert said. "I'm just honored to have played a part in it."

Goodwill shined through in the working relationships of LucasArts developers, Harlin said. It even showed in their letters of resignation.

"Going back further than I can remember, there was tradition of writing a goodbye email when you chose to leave LucasArts," Harlin said. "When Tim Schafer worked at the company, he collected them. He had this sense that all of the email subject lines, collected and arranged alphabetically, made some kind of fantastic modern poem about moving on to a new adventure. It was a massive missive that had stanzas like:

"Going out for smokes, be back later
Good-bye
Goodbye
Goodbye!
Goodbye all
Good riddens ;)"

"Somehow along the way, I became the keeper of those going away emails. I continued to log them, adding to Tim's poem, but beyond that I read them. There wasn't a single email that ever said 'Screw you, jerks. I'm outta here. Hope you choke on your security badges.' Every single email was a friendly goodbye, a plea to stay in touch, a reminiscence of good and bad times past." 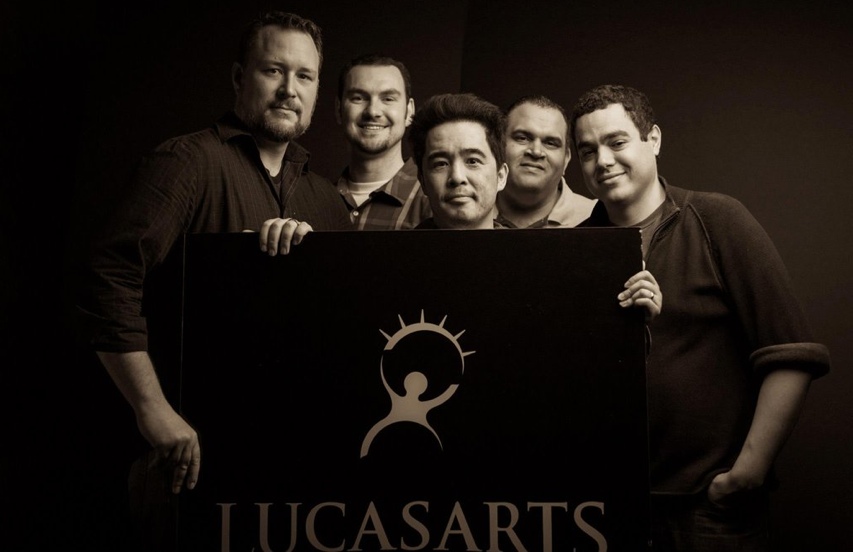 Last Wednesday, Harlin wrote his own goodbye letter to the studio.

"When the news hit that we were being shut down, I was actually out on paternity leave," Harlin said. "My wife and I had just had our first baby and I wasn't supposed to go back to work until the following Monday. But, things changed. I headed into LucasArts for the last three days of its existence and helped to pack things up, archive what I could, and grieve with my coworkers. When I came home Wednesday night to my wife and newborn son, I found myself needing to just get my thoughts down. So, I started typing and the text of the eulogy eventually came out."

Friday afternoon, Harlin published his eulogy on Facebook. Later that same day, Aron, an FX supervisor with Lucasfilm, shot portraits of the LucasArts team on their last day — weeks prior, he'd done the same photo shoot for Lucasfilm Animation following the cancellation of the Star Wars: The Clone Wars series. That night, Aron published the photos on Facebook for the LucasArts team to see.

"I was there for 10 years and I believed in LucasArts every day."

"As soon as I saw them, I knew I needed to put them together with the words that I had written," Harlin said. "It's hard to describe. It's almost as though I felt like I'd written something that was only half finished. When I saw Joel's beautiful pictures of my friends and coworkers, I knew that was the other half of what the eulogy was missing. Each face said the same thing I'd been trying to write, but more succinctly.

"I felt it was a needed counterpoint to the inevitable, 'Meh, LucasArts died years ago,' that I knew I'd see in the days to come," Harlin added. "The truth is that LucasArts never died as long as there were those who still believed in its history, its promise, and its future. I was there for 10 years and I believed in LucasArts every day."

With Harlin's decade-long tenure with LucasArts brought to an abrupt close, his future is wide open. He's going freelance, offering his music composition services to any game developers who may need them. Most of his former employees — the ones who didn't have fall-back gigs lines up before LucasArts' dissolution — are in the same boat. Once again, the studio's collaboration shines through; Harlin said his former co-workers are "all sharing links, leads, and recommendations." He's excited not only to see where he ends up, but where his friends go, too.

Harlin's optimistic about the future, he explained — and he's not letting himself get hung up on the past, either.

"Am I resentful? No," Harlin said. "When I was a kid, I wanted to grow up to be either a Disney animator or an Imperial Biker Scout. In a way, I got to work at being both."