Zelda reimagined as the protagonist in The Legend of Zelda: Clockworks Empire game pitch concept

Share All sharing options for: Zelda reimagined as the protagonist in The Legend of Zelda: Clockworks Empire game pitch concept

Through a series of illustrations inspired by Anita Sarkeesian's Video Game Tropes vs Women series, Artist Aaron Diaz has reimagined the Zelda universe with Zelda as the hero rescuing a princely Link.

"This concept work is meant to show that Zelda as a game protagonist can be both compelling and true to the franchise, while bringing new and dynamic game elements that go farther than being a simple gender swap," Diaz wrote on his Tumblr.

The game pitch concept titled The Legend of Zelda: Clockworks Empire is set 2,000 years after Twilight Princess. Diaz explains that it isn't a reboot, "but simply another iteration in the Zelda franchise."

"I'm a very big Zelda fan, and worked hard to draw from key elements in the continuity and mythos," he wrote. Detailed illustrations and information about The Legend of Zelda: Clockworks Empire can be located on Diaz's Tumblr. 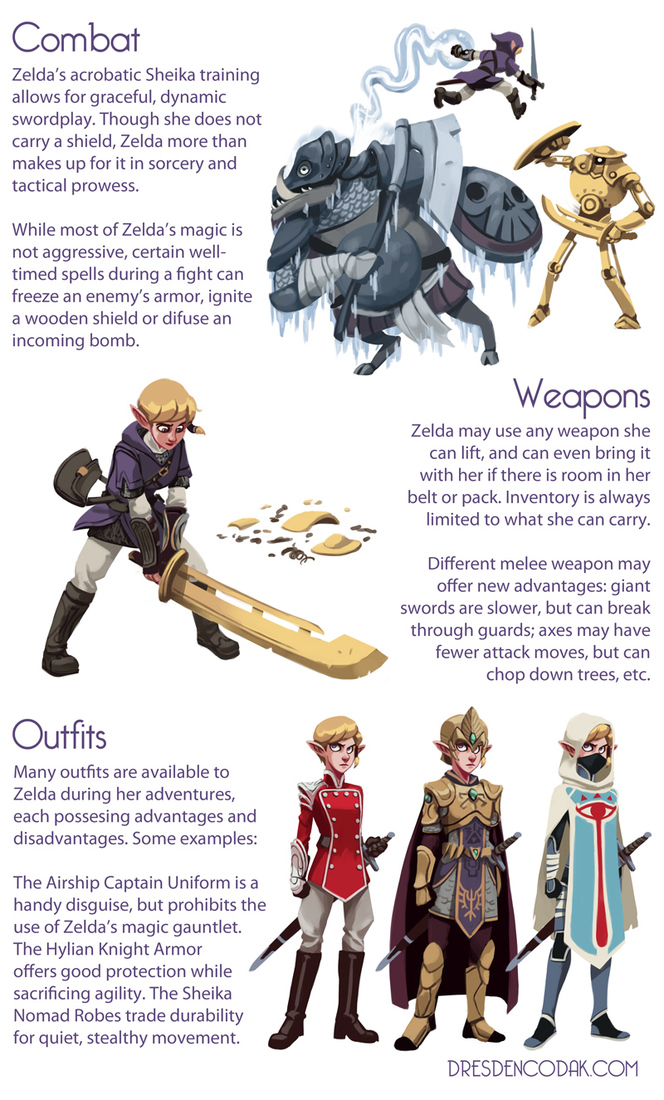