The Pokémon Company will release seven additional figurines that use the Wii U's near field communication capabilities one month after the launch of Pokémon Rumble U, reports Serebii.

On May 25, Japanese players will be able to purchase figures of Croagunk, Eevee, Genesect, Litwick, Mewtwo, Zoroark and a seventh rare mystery Pokémon. Launch day figurines include Pikachu, Bulbasaur, Piplup, Lucario, Torchic, Victini and a seventh rare one.

According to Serebii, the latest issue of CoroCoro magazine also says additional Pokémon can be unlocked in-game using special passwords, one of which was shared in the issue, and Japanese IC Cards, used to store money for use on public transportation. These cards are to be placed on the GamePad and will unlock a random Pokémon for one-time use.

CoroCoro also revealed that Pokémon will each have special abilities that can be upgraded with in-game coins, and Pokémon playable at the start of the title include Pikachu and Pokémon Black and White starters Snivy, Tepig and Oshawott.

Pokémon Rumble U will be available in Japan on April 24 for Wii U. The game is the first Nintendo title to use the Wii U's near field communication features. 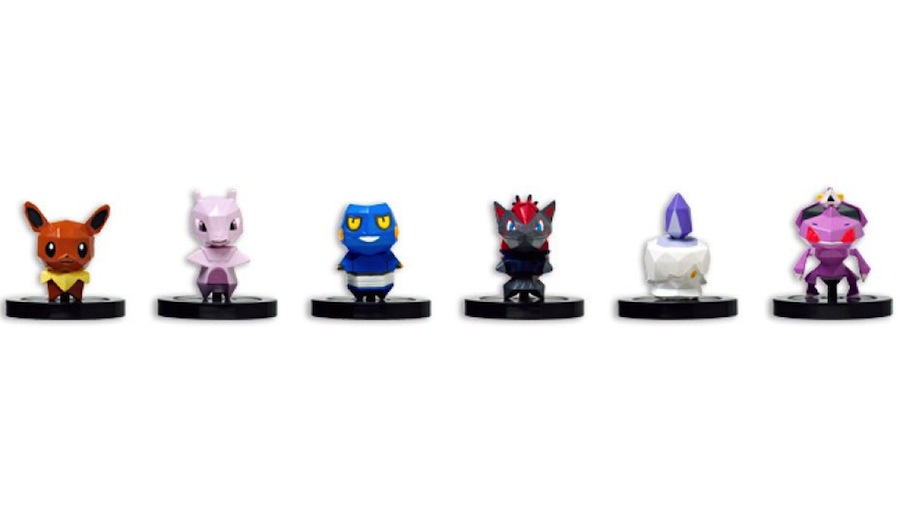