A Luigi-themed Nintendo 3DS XL console is headed to Japan, according to a Japanese Nintendo Direct event this morning.

The 3DS will be bundled with the Mario & Luigi: Dream Team role-playing game, which is set for release on July 18 in Japan. The game will be included on an SD card in the bundle.

You can check out the Luigi-themed handheld above (front) and below (back). For more on Mario & Luigi: Dream Team, which is coming to North America August 11 and Europe July 12, be sure to check out the details and a new trailer from this morning's North American Nintendo Direct event. 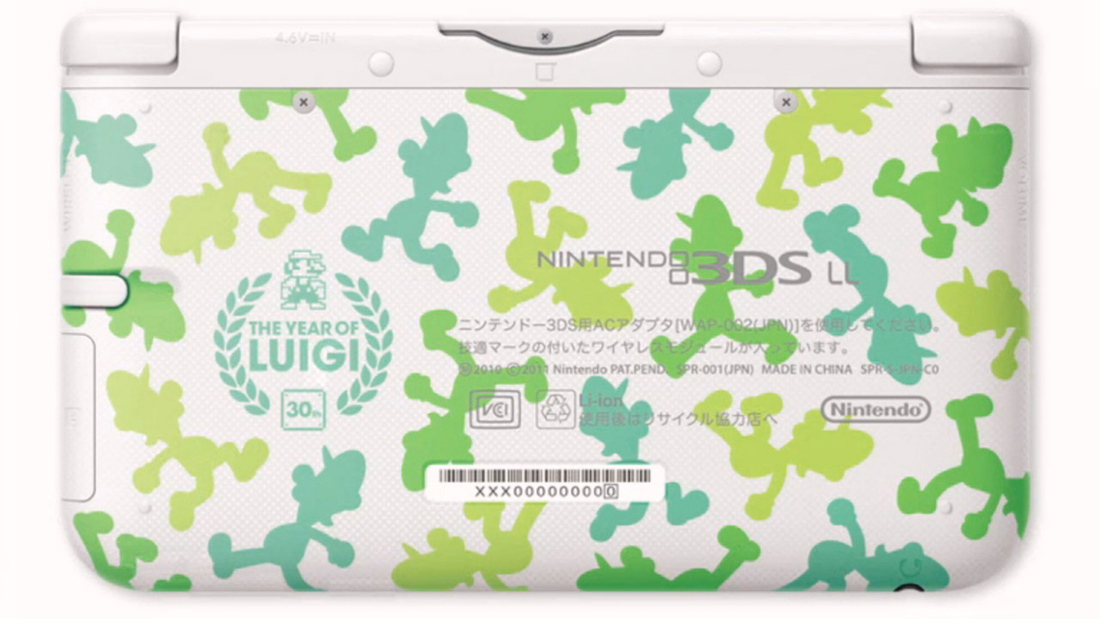