Opinion: Video Games Taught Me How to Write

Share All sharing options for: Opinion: Video Games Taught Me How to Write

When I finished college, I applied for jobs in publishing. I wanted to be a literary young man and be part of a recycled idea of a passionate, groundbreaking creative intelligentsia. I don't know that I would have admitted it to myself, but it's true.

But I didn't get that job in publishing. Maybe my heart wasn't in it, maybe I sensed it rang a little hollow. Certainly I wasn't a promising candidate, with an eclectic transcript and an oddball portfolio of writing samples. So I didn't go into publishing or to an MFA or any of the other, regular paths to becoming a fiction writer. I went into video games.

This was at Blue Sky Productions, which was shortly to become Looking Glass Studios, one of the most creative, challenging, intense video game studios you could ever become a part of. It was 1992 and Looking Glass was at the vanguard of real-time 3D gaming. Among the games it produced were Ultima Underworld 1 and 2, System Shock, Flight Unlimited, Terra Nova and Thief. It closed its doors in May of 2000, but its employees have spread out through the industry to become core members of the teams that produced Deus Ex, Guitar Hero, Half-Life 2, the Xbox, Dishonored, Fallout 3 and many, many others. I was extremely lucky to be a part of it. I didn't fully realize it at the time, but I was mixing with some of the smartest, most inventive artists anywhere — I don't think there was a more passionate, groundbreaking creative intelligentsia to be found anywhere; it just didn't look like what I was expecting.

I wanted to be a literary young man

Video games were how I became a working writer. I learned my plotting through adventure games and role-playing games; I wrote characters that were controlled by a far-distant, independent entity, the player. And eventually, I did write novels. I wrote Soon I Will Be Invincible, and You, and I hope to write more. But the core lessons of a decade in the design pits had been learned, the warping had long since taken permanent effect. It was a weird finishing school and it had its own weird lessons, which I'll share as best I can.

Stories don't have to go in a straight line.

As we all know, telling a story interactively means learning a different craft. Stories branch or disappear into a cloud of possibilities. Exposition and linear narrative are often awkward, impossible or killingly dull. The action is dominated by a distant, uncontrollable figure known as The Player whose moods and whims must constantly be accounted for, up to and including rampaging and killing other cast members.

Video games were how I became a working writer.

After my first time writing a traditionally structured role-playing game, I felt the terrible awkwardness of bossing around the player character and trying to make NPCs act like movie characters. I decided to do away with in-game non-player characters — I set up the structure of System Shock so that players were exploring a space station whose population had already died or mutated. Instead of paging through menued conversations, they reconstructed the action through environmental cues, diaries, radio messages and the taunts of a mad artificial intelligence.

You learn to be inventive. After all, players are using everything on the screen to form an idea of what they're doing and why. You learn to sneak story in at the margins. Leave it lying in dusty corners and layered into other parts of the world, embedded into combat mechanics and level geometry and audio cues, or leave half-cues for players to fill in. To this day, I can't tell a story straight through — Soon I Will Be Invincible and You zoom back and forth from the past and the present. 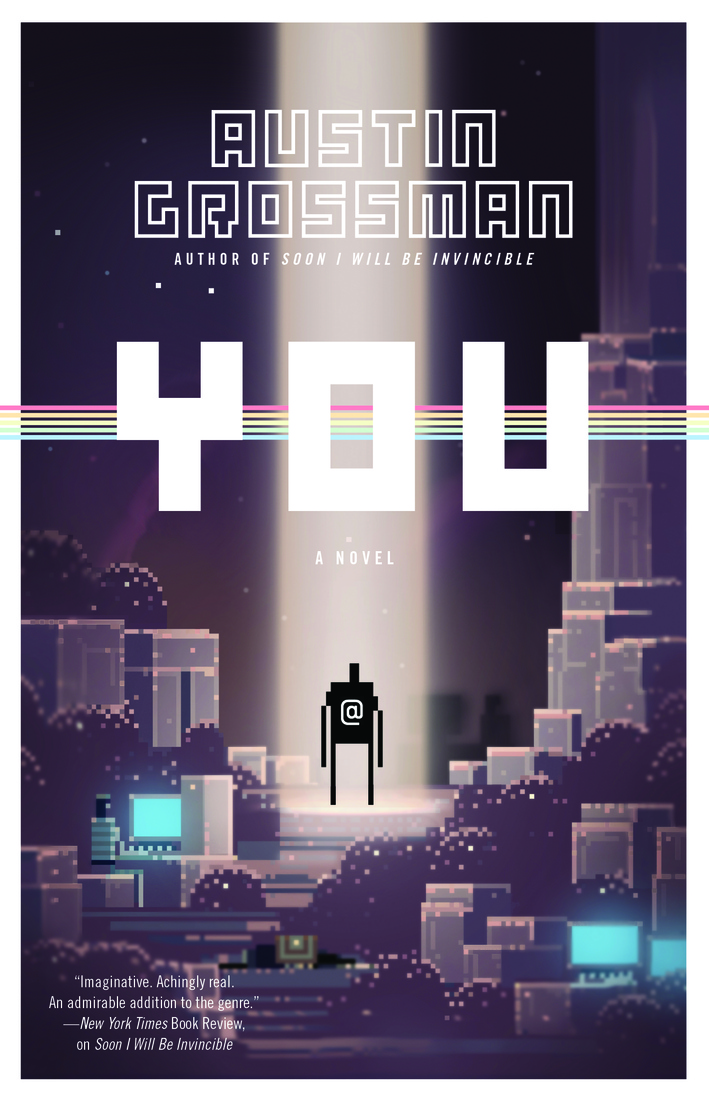 No one necessarily wants to read your prose.

Imagine your writing is in a video game. The player is happily playing through when suddenly the screen freezes and dense paragraphs of your own precious words appear on the glowing screen. The player has a button which will instantly make your text disappear and the game will resume — your words disappear, replaced by gorgeous computer graphics and fluid kinetic action. They can press it at any time and they have no incentive not to. Not unless they really, really like your writing.

And yes, you can make it impossible to skip past your scrolling text, if you're comfortable with the player hating you. And when you yourself play your game, see if you're comfortable with hating your own words, which you will be forced to listen to. Few things are so humbling as listening to your own prose, rambling on about the history of the player character's home planet, while you — the writer! — mash every button on the controller trying to get it to stop, praying the voice-over actor would just speed it up and get it over with.

Even writing at novel length, I've never lost the sense of that hovering thumb, just waiting to click past a deadening, self-indulgent passage.

Words are good at some things and not others

In a video game, words are often the worst way to convey anything. Why say "take the third door on the left" when you can illuminate the correct door, or make the controller shake when you walk near it? Reading is cumbersome, it's abstract and it's slow, and in a medium that uses light, sound and even touch, you have to be conscious of what jobs language does well, and what it doesn't, and video games expose those strengths and weaknesses really well.

And language has its own magic, which becomes more obvious when you're using it well. When the player is exploring a derelict train station, and you find it adds someting to have a voice-over or companion character to hint gently at the history behind it, list those never-to-be-reached-again destinations, mention the warm summer night air, the hint of jasmine on the breeze. You can use it to summon distant associations, reference the past, bring in all the senses. In video games, words have to compete for their effect, and that sensitizes you, trains you to use it well. 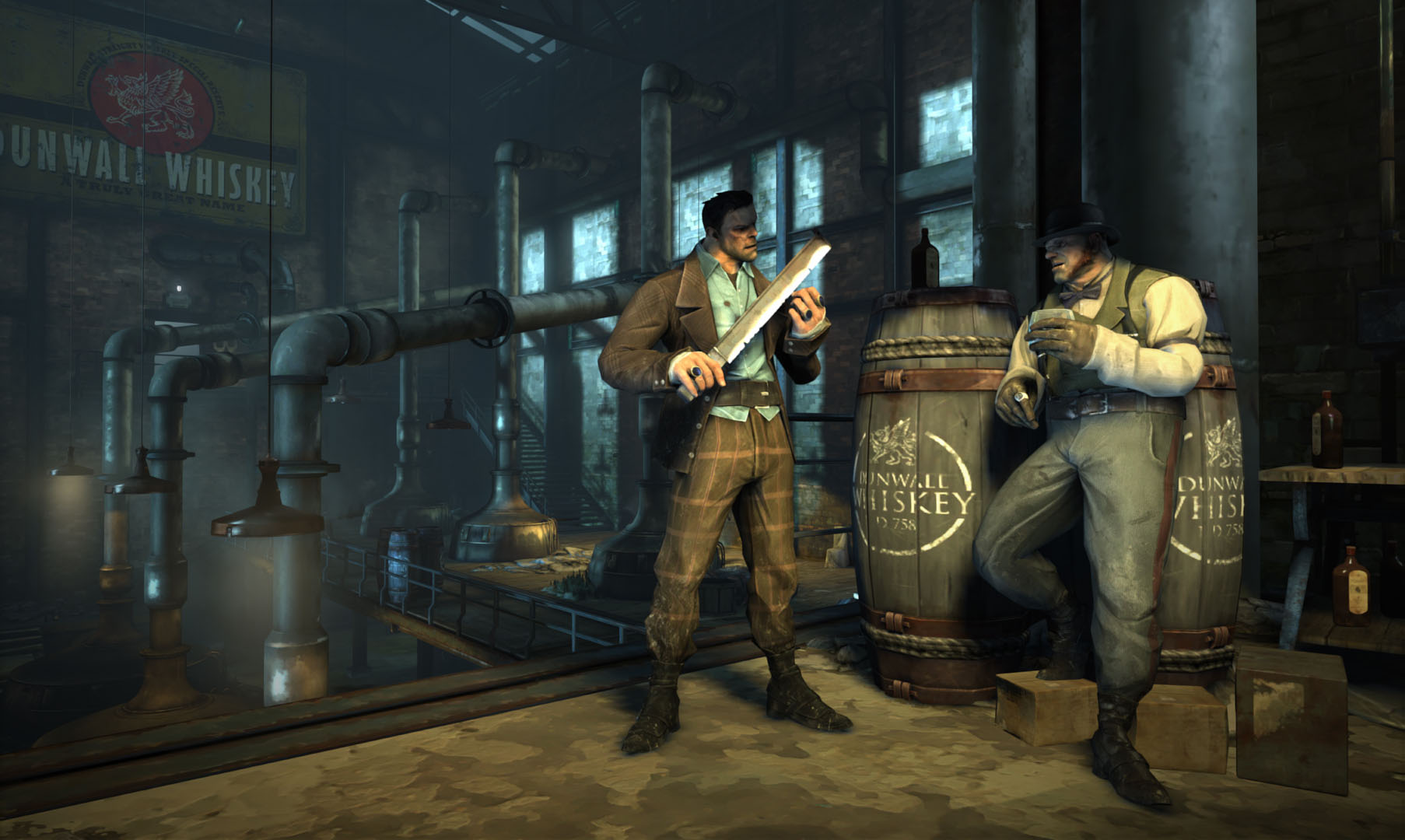 It's not about the author

Even more obviously than in other media, you're not telling your own story, or even the player character's story. You're creating a story experience for that stranger who's picked up the controller. You can coax or seduce them along a narrative path, you can create all the affordances and connect all the dots, but ultimately what they're thinking is not up to you.

They come to a piece of art with their own investments, intentions, prejudices and plans. Their story might be wanting to collect every missing coin in the kingdom, or smash everything breakable, or just reach the highest vertical elevation in the game's universe. It may well be something cooler than anything you'll ever come up with. You don't know, but you make a world in which story can appear and take effect, and hope for the best.

No one thinks what you're doing is special

A lot of people working at a video game company do not venerate ye ancient art of wordsmitherie. Their indoctrination on that score ended with their last high school English class. Until proven otherwise, they think you're a fuzzy-thinking bullshit artist, and they do not owe you respect. They may actively, vocally believe you have no place at all in this new medium. It's your job to convince them that you're enhancing the experience of playing this video game rather than actively slowing it down and holding it back. Writing isn't special until you make it special. It's good to get over it.

You can coax or seduce them along a narrative path, but ultimately what they're thinking is not up to you.

Even people who think writing is important don't respect you, because you're writing for a video game. The third screenwriter on the worst straight-to-video movie is a living god of the craft compared to you. A friend and co-worker once told me, direct to my face, unblinking: "Once you're done with these scripts we'll have a real writer come in and look it over, OK?" I took it, unblinking, and vowed to make him eat those words for breakfast, lunch and dinner. It motivated me then; it still does.

It's worth it to win that challenge, and you can. You're building a medium from the ground up, discovering it at the same time as the rest of us, and making story and language a meaningful part of it, with your own hands. The first moment you watch a new player sit all the way through your cutscene, watch them lean in to the screen as the weight of the drama hits them, you know you've done it, no faking, no charity, for real. 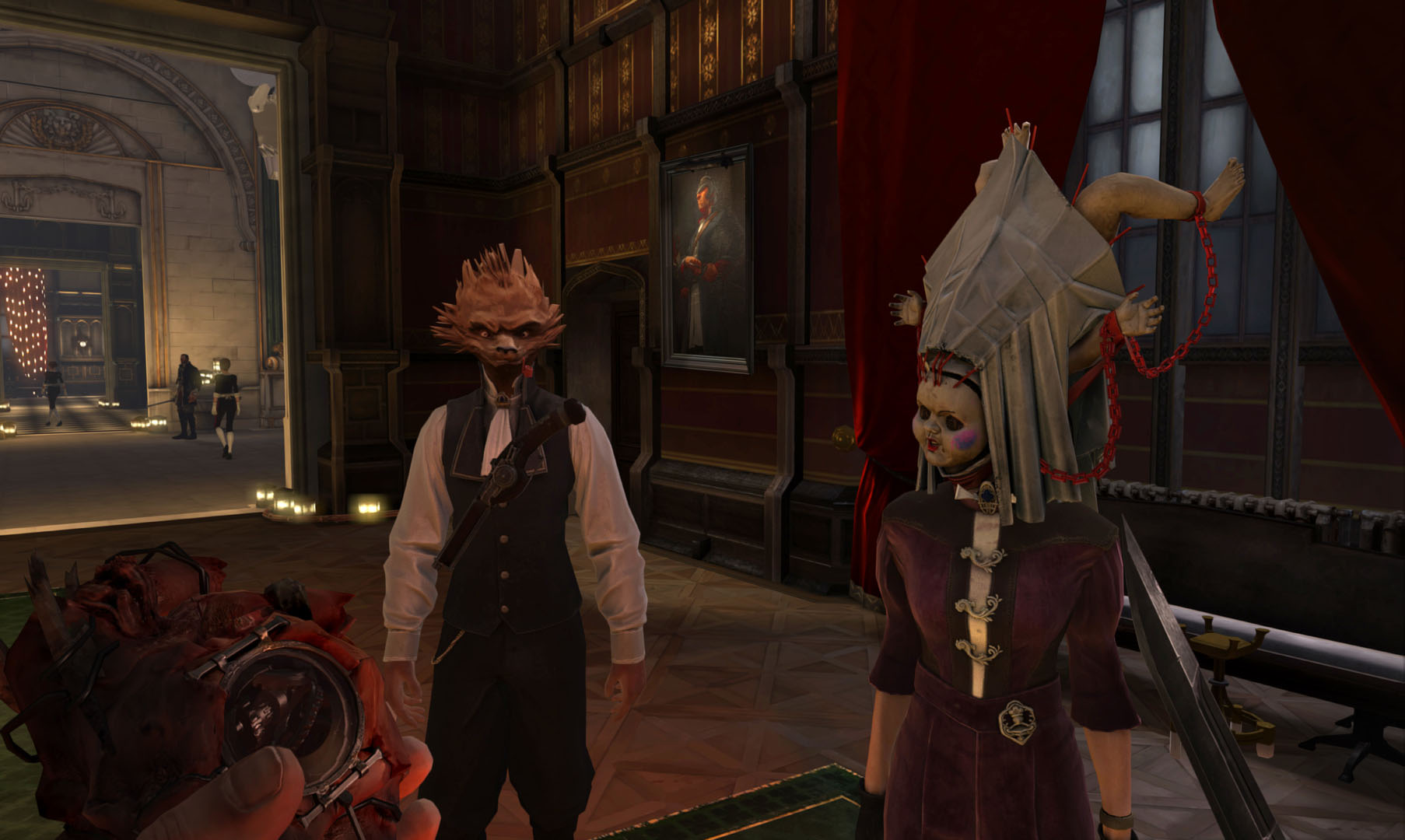 You can write well about anything

It's rare that you're choosing your own subject matter — you're writing what's assigned. If the game is about a war among animated sentient jelly beans, today you are writing Duke Lemon-Lime's speech surrendering to the Chili-Mango Vizier, because that is what the game needs. You find what's meaningful in it for you, and you muscle that speech in, and you care, and you make them all feel a world of Lemon-Lime pride and tradition breaking, inch by inch, bean by bean. You realize that you may be a sad young literary man, but you don't have to write about one, and maybe — maybe! — you're a better writer when you're not.

You have a voice. It comes. You find it.

Writing is weird. I don't think writing for games is weirder than other kinds. It's newer and stranger, but ultimately it works the same way. You try different things. You do drafts and throw them out. You hate yourself, your job, your plot, your characters, your producer. You decide writing doesn't mean anything. Games don't mean anything. Nothing means anything. And then, a phrase or a character or idea tugs at you and you don't know why. You follow it, you write a hundred words and delete ninety of them. But it comes. It works. You find it. You write it. You're a writer.

Austin Grossman is a novelist, game writer and game designer whose credits include Ultima Underworld 2, System Shock, Trespasser, Deus Ex, Epic Mickey and most recently, Dishonored. He is the author of two novels, Soon I Will Be Invincible, which was nominated for the 2007 John Sargent Sr. First Novel Prize, and You. His writing has appeared in Granta, the Wall Street Journal, and the New York Times. You is now available at Amazon and other retailers.