Unity co-founder Nicholas Francis and the company's former creative director Charles Hinshaw have formed Framebunker, a Copenhagen-based independent development studio whose first game, Static Sky, is in development according to a press release from the developer.

The duo founded Framebunker "under the belief that any game worth making is worth making unforgettable." Static Sky, a cyberpunk-themed "real-time third person tactical combat game" is currently in development and slated for release on tablets in 2014.

"The vast majority of tablet games are utterly forgettable," a Framebunker blog post from earlier this month reads. "Many of them are profitable and some of them are even fun, but few if any are the kind of games that will make it worthwhile hunting down an iPad emulator to replay in 20 years. We created Framebunker to combine our love of modern gaming platforms with a respect for classic gameplay in order to create the kind of unforgettable experiences that tablet gamers deserve."

Francis announced his departure from Unity in February, writing on his blog that he left "in order to join your ranks and dedicate myself to creating games." Screenshots from Static Sky's first playable prototype appear above and below, both of which show off the game's rain mechanic, which Francis detailed in a recent blog post. 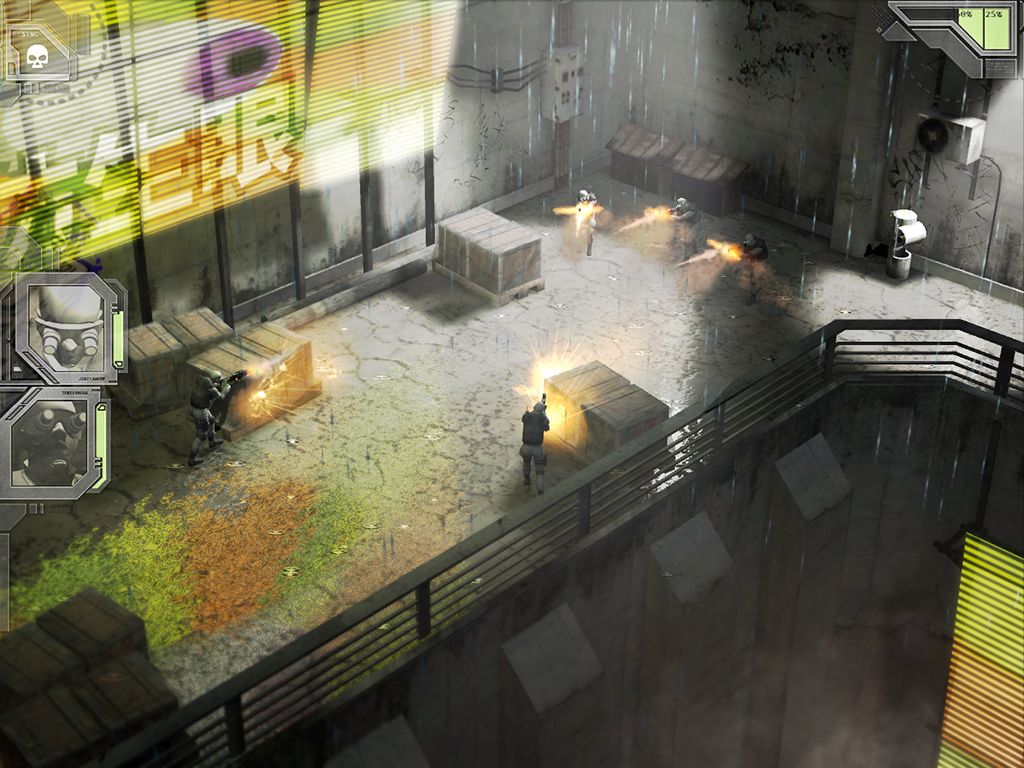