Coming back to Dishonored after months away, I spent my first couple of hours getting my ass kicked up and down the alleys of Dunwall

Dishonored: The Knife of Dunwall leverages the strengths of its parent in a way little downloadable content is able.

While Dishonored expertly blurred the line between hero and villain, rogue and protector, the most interesting character in the game was the world that developer Arkane created. Given a face via the city of Dunwall, Dishonored's fictional setting is almost overburdened with stories to tell.

The Knife of Dunwall represents the first of several pieces of planned, story-based add-on content for Arkane's seductive, mysterious and half-drowned reality. If this story of master assassin Daud's coda/reintroduction to Dunwall is any indication, Arkane is using Dishonored's DLC to push the game even farther and harder — even if it can't fix every problem along the way.

The Knife of Dunwall follows Daud, master of The Whalers assassin clan and murderer of the Empress. (Note: this review originally stated the DLC took place after the events of Dishonored. As it's never clearly explained that this is the case, this has been corrected. - Arthur) Like Dishonored's protagonist, Corvo, Daud is favored by the dark, god-like Outsider, and as as with most gods, The Outsider has a plan for Daud. As The Outsider gives Daud a name and a source of information, another competing conspiracy begins, all while Daud tries to find his mental mooring.

More curious, resourceful players may remember Daud's regret at his role in the Empress's regicide, and The Knife of Dunwall explores that — somewhat. Arkane often seems torn between exploring the human regret of the master assassin and allowing players to understand just how much of a nightmarish killing machine Daud can be. Dishonored's chaos system returns, which tracks your actions lethal and otherwise and nudges or shoves the state of Dunwall and its citizens accordingly. Between the unclear characterization and the uncertainty of the chaos system, The Knife of Dunwall is only occasionally successful at maintaining a bearing for its narrative. It's often difficult to fully grasp Daud's motives — does he want revenge? Redemption? Or a reckoning? By the end, I still wasn't sure. 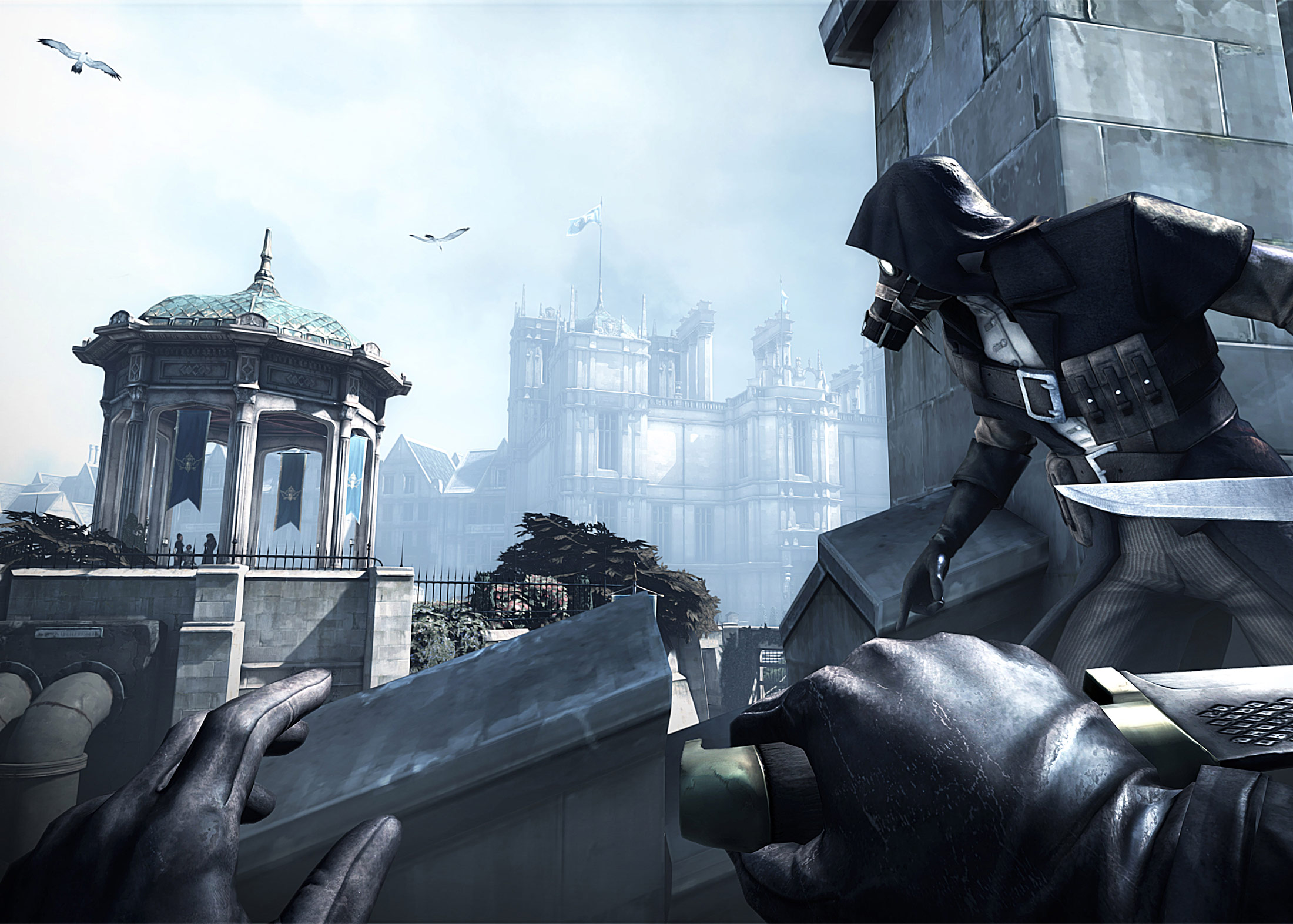 That absence of a clear motivation puts The Knife of Dunwall on unequal footing with Dishonored itself — at least Corvo had reasons and goals. The DLC's more succinct running time — assuming you consider the eight or so hours I spent with it "succinct" — doesn't work in its favor here, but even Dishonored had a wobbly arc. The Knife of Dunwall does capitalize on the same great world-building that powered Dishonored, and better, it further develops the setting and society within.

It's difficult to have pity for any of the major players involved in The Knife of Dunwall, and there's a smug sense of satisfaction seeing frequent comeuppance. Whether intentional or less so, they're killers and villains to a one, whether agents of the wealthy whalers, conniving aristocrats, power-hungry clergy or as Daud later finds, something even darker and more powerful than himself — and, perhaps, The Outsider.

It's in these moments of character building and the incidental narratives found throughout Dunwall — in its streets and alleys, in its books and audiographs — where Dishonored: The Knife of Dunwall's whale-oil powered light shines the brightest, at least story-wise.

With regards to play, The Knife of Dunwall kicks you into more advanced scenarios with little warning or fanfare. The distance between the DLC and your most recent playthrough of Dishonored will likely be the biggest factor in how much of a kick in the teeth it all is — I spent my first couple of hours getting my ass kicked up and down the alleys of Dunwall after not touching the main game since last September.

Coming back to Dishonored after months away, I spent my first couple of hours getting my ass kicked up and down the alleys of Dunwall

Structurally, the blueprint is mostly the same. Daud begins each level with an objective that quickly unfurls into a series of deals and tasks in an effort to a) take out a specific target, and b) learn more about the mysterious name The Outsider has given him. Arkane has built mostly new sections of Dunwall, once again creating an illusion of a large, open world that is in fact a series of smaller areas, bounded by invisible walls. The Knife of Dunwall builds that illusion effectively from a psychological standpoint, but that world often fails to establish where and what is off-limits to Daud without first forcing you to collide with one of the aforementioned walls, invisible as they are. However, Daud's Outsider-granted abilities differ just enough from Corvo's to mitigate the issue, at least in part. 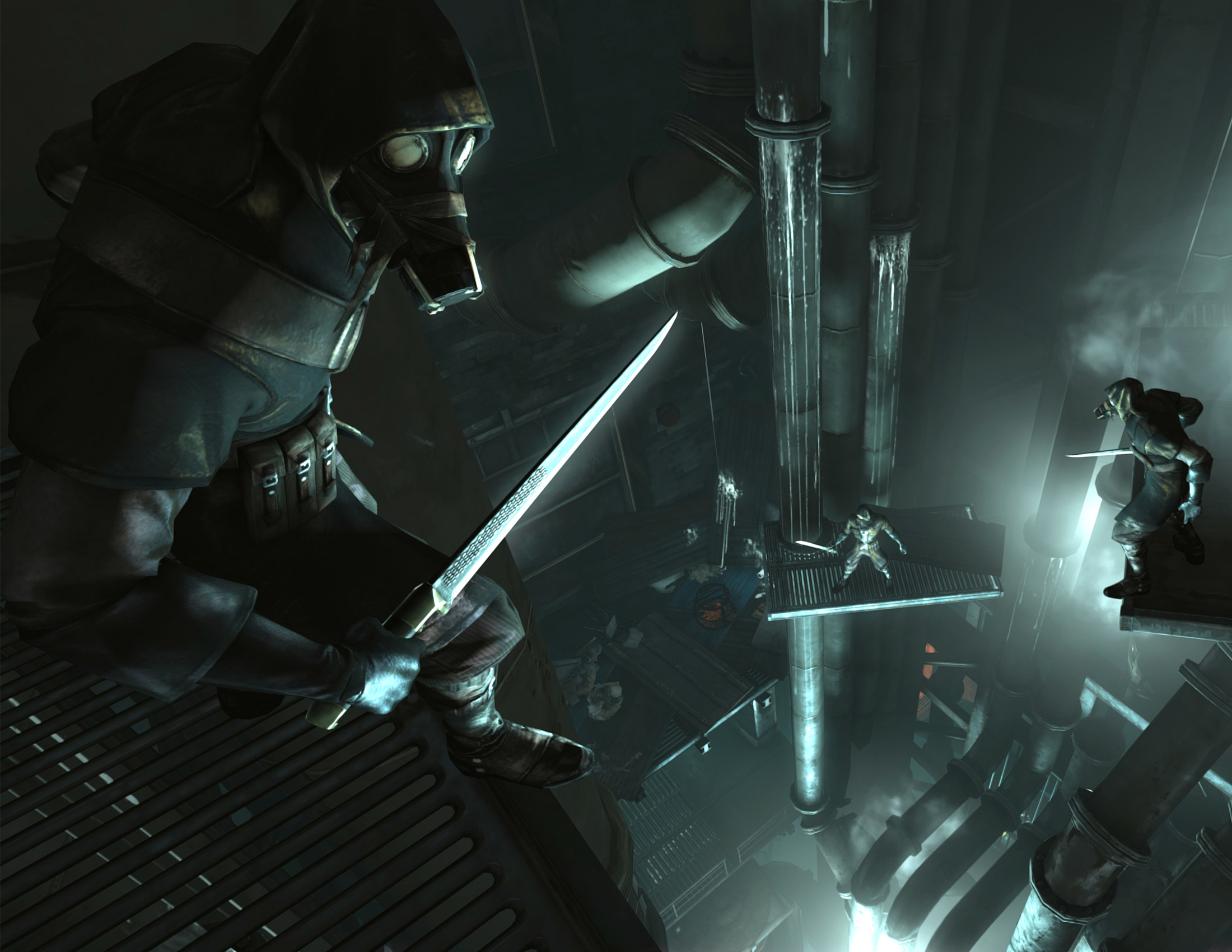 "Brute force and direct violence are an option, and not just as a means of giving you enough rope to hang yourself with. Arkane wants you to experiment, to push. Dishonored doesn't so much provide direction as it does useful information. Eavesdropping on conversations between NPCs might provide an alternate route into a structure, and a sharp eye could reveal an aerial approach not immediately apparent.

"It's stunning how non-structured everything in Dishonored can appear from a level-design perspective, but as you experiment with your approach and case your targets, it's clear how much thought went into possible player action. Dishonored establishes a language of player possibility, fostering a "why not" attitude instead of focusing on relentless objective-driven design. Corvo has to take down the figures who set him up, as well as their benefactors, but whether that means death or a more poetic end is up to you." 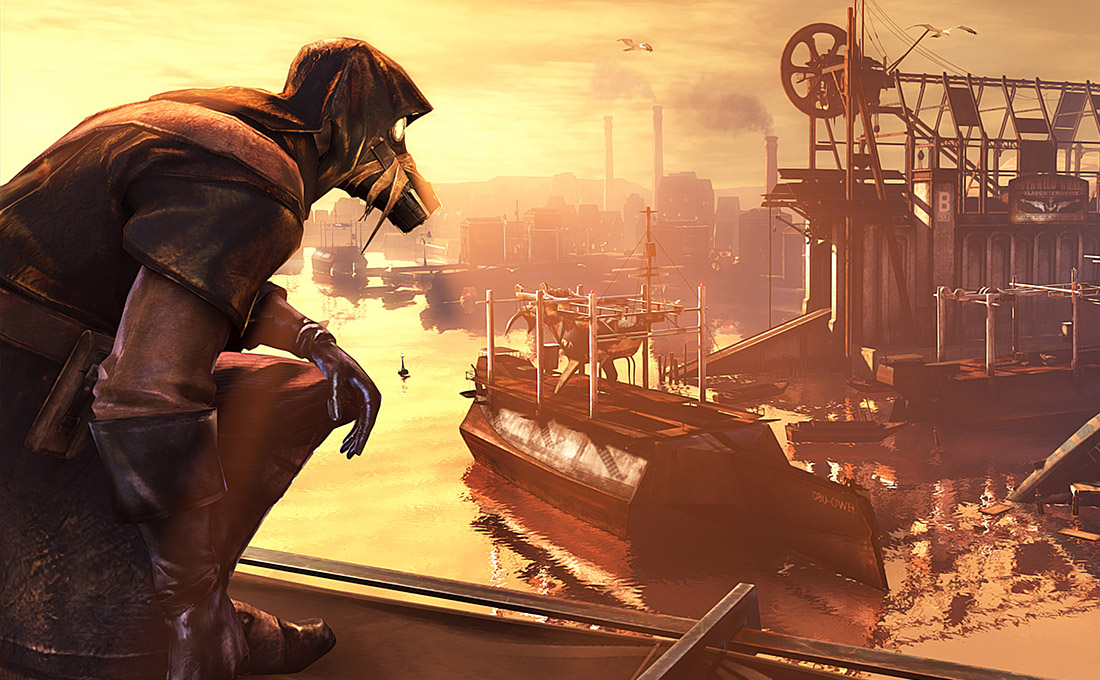 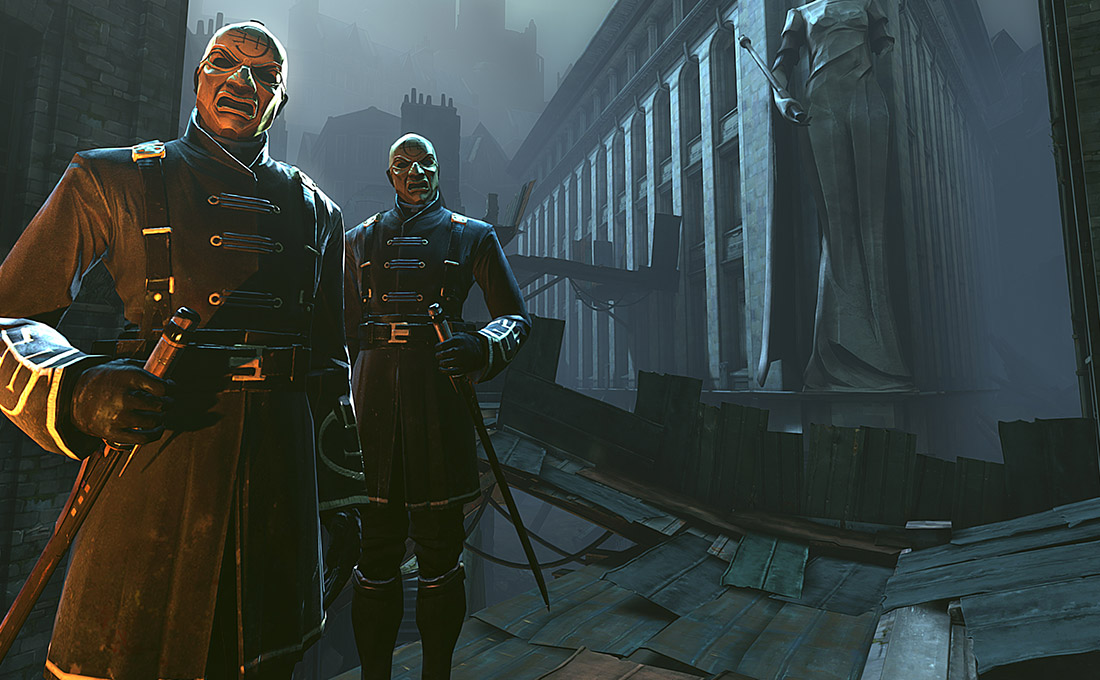 As in Dishonored, much of The Knife of Dunwall revolves around vertical navigation of the city via blink, the short-range teleport. Corvo's ability to push blink to the limits of its potential was reined in by often-unpredictable invisible barriers and arbitrarily out-of-bounds geometry. This kept Dishonored's requirements for blink relatively simple. The Knife of Dunwall practically demands more sophisticated, audacious use of Daud's skills.

Arkane enables this by adding a single element to Daud's blink — so long as he remains still while actively aiming blink, time stops in the city of Dunwall.

I quickly realized the restriction is literal — whether you're mid-jump, mid-fall, or in the middle of a fight, holding the left trigger and laying off the left stick stops everything. This setup allows for finessing that just wasn't possible in the main game, and this is where that audacity comes into play.

Run toward a ledge, jump into the air, pull and hold the left trigger and ... wait. Aim. Realize you've fallen short of the range of your teleport and lightly tap forward on the left stick, and time and Daud will move forward just a bit. Just enough to try to aim again.

There's still a fair bit of trial and error involved in executing more complex platforming tricks, but where Dishonored often felt like a series of satisfactory results, The Knife of Dunwall feels like a series of successes — albeit punctuated by a lot of saving (and swearing) and reloading. When combined with the snaking, intertwined objectives and goals of most of The Knife of Dunwall, goals that might sit at odds with each other or result in surprising, unintended consequences, this new bit of Dishonored sharply focuses on the successful mechanical elements of the main game — the navigation, the sneaking, the tools, the hiding of bodies, whether alive or otherwise.

The Knife of Dunwall is almost exactly what it needs to be. Familiar without feeling the same, comprehensible but more demanding. The Knife of Dunwall artfully builds onto Arkane's world, even if it shares some of the fictional and design difficulties of its foundation âÂ and the most exciting thing about it is what it promises for the continuing story of Dunwall.