American McGee on scary games, The Wizard of Oz and what the next Alice could hold

Share All sharing options for: American McGee on scary games, The Wizard of Oz and what the next Alice could hold

For American McGee, fairytales, mythology and fantasy classics are an endless source of inspiration, "instantly recognizable" elements that allow players to connect to his games on a more intimate level.

"They are wherever you go in the world," McGee told Polygon at the 2013 Game Developers Conference. "Red Riding Hood for instance is a story has been told for tens of thousands of years. It goes back to oral tradition before there was writing: its mankind siting around the campfire, being afraid of the dark, and that fear still resonates today even in the modern world. For us, it's a nice shorthand for inviting the player into something where they already have [a pre-existing] relationship."

The fear and chills inspired by our cultural lore is different than what we experience when playing a survival horror game, according to McGee. In horror games and movies, you take "six [characters], stick them in a can with monsters and you shake them up and see who survives," he said. But the "don't walk in the woods" lessons from stories like Red Riding Hood are about a different kind of survival, one closer to our reality.

"I think when we look at games, or we look at the way we dream, or we look at storytelling, or when we look at all kinds of media, often times what we are looking for there are characters involved in conflict," he explained. "It taps into something that goes back to the most basic instincts for every form of life on the planet. It's why these things are repeated over and over and over, and always will be. It's in our composition as human beings."

"It doesn't have any impact unless we find a meaning or find a way to blend that with lighter moments or bits of humor."

McGee said there is a place for gorey horror games, but like all games wanting to make an impact, they need to connect the terror with meaning. McGee himself tends to avoid the more "realistic and visceral" horror games because sometimes they leave him with "a sort of post traumatic stress disorder."

"When I have leisure time, I really don't want to be dodging bullets and beating zombies to a bloody pulp," he said. "At least not always."

"There is a horror, there is a visceral nature to it but it doesn't have any impact unless we find a meaning or find a way to blend that with lighter moments or bits of humor," he explained. "So I am a bigger fan of games and storytelling where even though you have a high degree of horror you still have that human element, and it isn't just blood and gore." 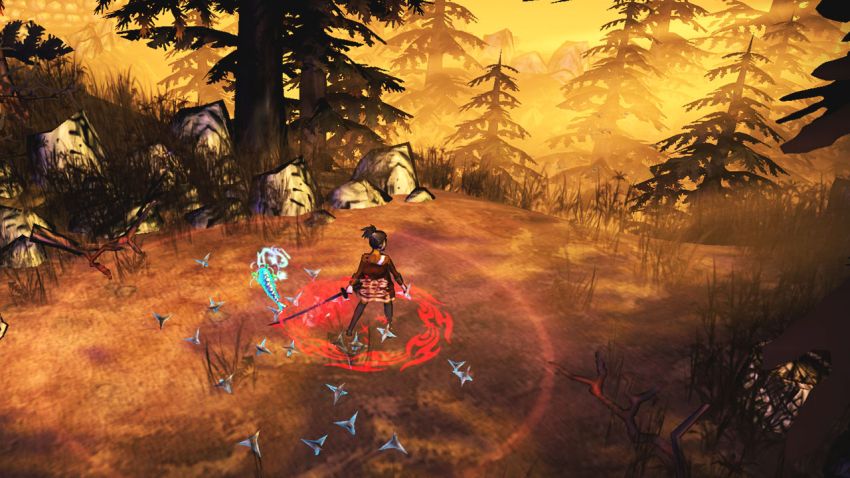 Several years ago, McGee was involved in deal with Disney and producer Jeremy Bruckheimer based on L. Frank Baum's The Wizard of Oz, as well as an American McGee's Oz game produced with Ronin Games and eventually canceled by Atari due to financial issues. McGee is still attached to the idea of working with the Oz property, stating it's one he is "very interested in."

"We've looked into doing [Oz] with the technology we have today, and we had two ideas for adaptations that span two distinct genre types," he explained. "One was a card collecting game. And then another idea was to do a more open experience, maybe an RPG because of the multiple characters.

"That is the sort of the beauty of the Oz world, even to a degree more so than the Wonderland books," he said, noting the array of genre possibilities available in a property with so many characters and environments. "So there is a huge number of characters, locations and challenges that are presented in those fictions, and I think there is an opportunity for someone to take those and build a really cool expansive world."

As for a new Alice game, McGee says Spicy Horse is still in talks with publisher Electronic Arts. This time McGee is open to the possibility of online interactions, original user content and even a multiplayer mode. 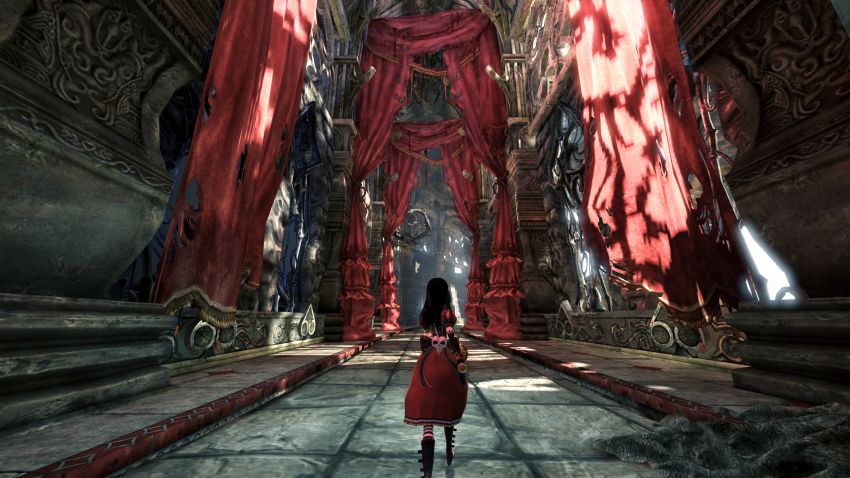 "In my mind, one of the critical components to [a new Alice game] would be player-created content and something where people are collaborating, doing [things] cooperatively online, and also competing together online with their creations," he said. "I think it is a really interesting area to explore, and sort of take what [Mojang's] Minecraft has been doing really well: how do you combine that with, let's say, a presentation of online multiplayer, or maybe with free-to-play?"

While the first American McGee's Alice followed our heroine fighting across her mental landscape, the second game saw her using her honed mental powers to combat a physical threat in the real world. Now that Alice has mastered both the imagined and physical world, McGee says it's time she invaded our world.

"I would like to see her using that power to travel into your head, so we are exploring other lands [with her]," he explained. "Now she has this super power ability to go into your world and manipulate your mind in a very symbolic fashion, then pop back out into the real world and see what that rearranging did.

"I would like to see her using that power to travel into your head, so we are exploring other lands [with her]."

"There are some really interesting characters alive at the same time as the real Alice Liddell was in England," he added, hinting that the third Alice could incorporate fantastically-twisted elements of history. "For example, Jack the Ripper as a really young man at the time. It would be really awesome to send Alice into his mind and see how maybe her interactions with him lead to the history that we now know."

Multiplayer made "absolutely no sense" in the first two games, but by moving the story of out and away from Alice's mind, this opens the possibility for more scenarios involving more characters, McGee said.

"Now that we are able to move into these other domains, I think it starts to make sense that all of us can participate in that, and we can do that with multiple players," he said, although whether it will be co-op or versus multiplayer is not yet something he is thinking about. "I was really waiting for the story to be right in order to bring that component into play."

McGee said EA sounds "pretty positive" about the idea of a third American McGee's Alice, and while Spicy Horse is still exploring the possibilities he hopes to have some news for fans in the coming months.