As with previous entries in the series, the cover features stylized art of characters and other elements from the game, each within its own comic book-like panel. Grand Theft Auto 5's three protagonists, Trevor (with the sniper rifle), Franklin (with the handgun) and Michael (on the jetski), are featured prominently.

Grand Theft Auto 5 launches Sept. 17 on Xbox 360 and PlayStation 3. Check out the full cover below, and see the most recent screenshots here. 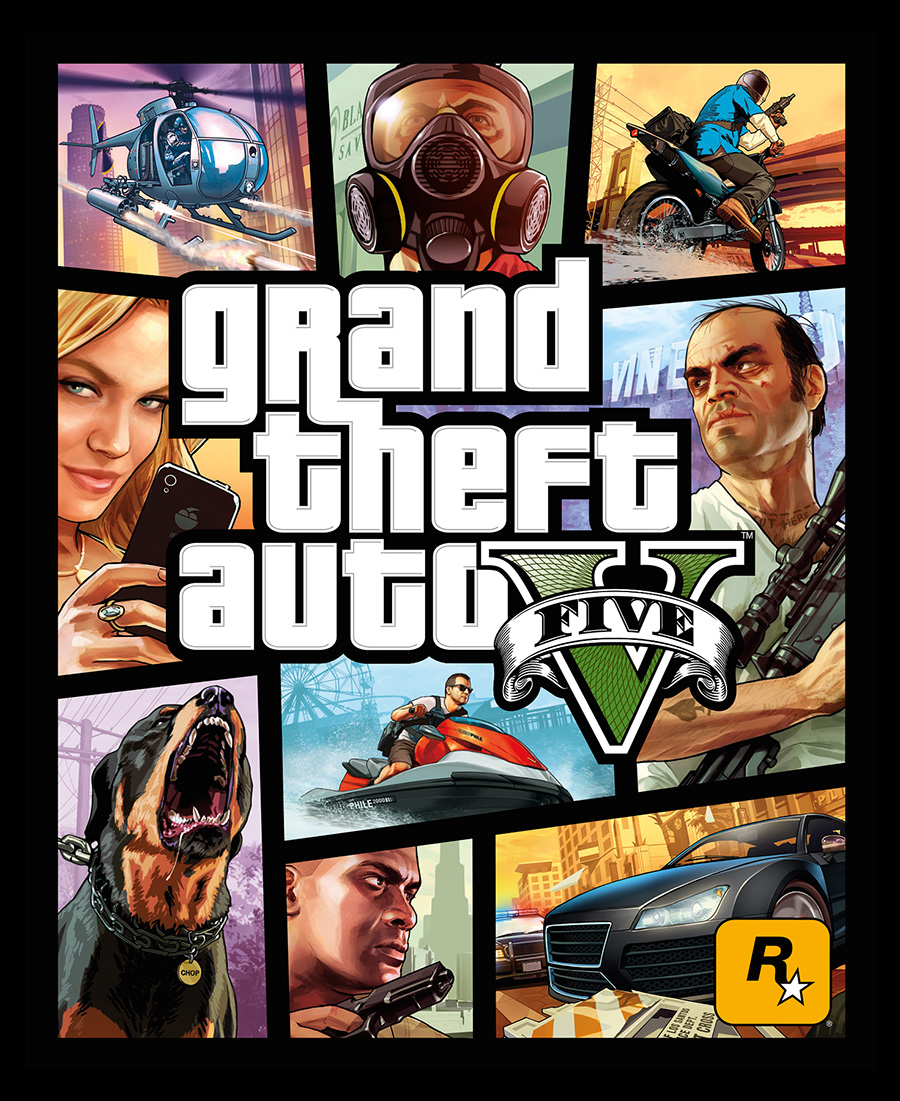