Share All sharing options for: Austin game developers respond to Google Fiber's expansion to their city

Earlier this month, Google announced that the Google Fiber service, currently only available in Kansas City, Kan. and Kansas City, Mo., would bring its 1 gigabit per second internet speeds to Austin beginning in 2014. Google Fiber is pitched as a means for localized industries to flourish, turning cities into "meccas" for tech companies and new start-ups. Austin already has plenty of both, which an announcement post on the Google Fiber blog said will continue to grow once the service opens up shop next year.

"Communities that are connected to the Internet grow stronger because there's greater potential to create jobs, drive economic growth, and help businesses succeed," the blog post reads. "We believe the Internet's next chapter will be built on gigabit speeds, and we hope this new Google Fiber city will inspire communities across America to think about what ultrafast connectivity could mean for them."

It may not be the only gigabit internet solution Austin devs have to choose from; AT&T also announced last week that it plans to build its own fiberoptic network in the area.

Polygon reached out to a number of indie and AAA developers based in Austin for their reaction to Google and AT&T's announcements. Their responses were, by and large, fairly bullish on the impending improvements to Austin's online infrastructure.

"We've tried every ISP in town and have been disappointed with them all," Twisted Pixel studio director Mike Wilford said. "It appears that Google Fiber will be far faster, cheaper, and more reliable than anything else in Austin, so we're excited at the prospect of getting better Internet access. It'll be nice to not have to overnight as many thumbdrives to Redmond because our upload speed is too crappy."

The transfer of large files like game builds and SDKs is a particular concern for many Austin-based devs who partner with out-of-state publishers to create their titles. Jools Watsham, co-founder of Mutant Mudds developer Renegade Kid, ran into connection problems when working with Nintendo on its 3DS and Wii U titles.

"I believe Google Fiber will have a significant impact on Renegade Kid's game development process," Watsham said. "We're constantly transferring very large files over the Internet to our partners, such as Nintendo, and having faster upload/download speeds and more bandwidth will improve the process a great deal."

"We've tried every ISP in town and have been disappointed with them all."

Gl33k, an audio production firm that has done work for titles like Uncharted 3, Metroid Prime 3 and Orcs Must Die, has possibly the biggest need for faster file transfers. The studio has to work with multiple builds of a title over the course of a contract, which can take hours to send and receive on a DSL line. A lot of their work is done on consoles streaming a feed from the developer they're working with; work which is made far more difficult by even the smallest amount of latency.

"Our studio is located in the heart of downtown Austin, near 7th st and Congress, yet we're stuck with terrible DSL service," Gl33k's Bobby Arlauskas told Polygon. "As a game audio vendor, we deal with many clients from all over the world and are constantly using VPN connections to sync huge amounts data (entire game builds), pushing that DSL to the limits. A Google Fiber pipe would be a godsend for sure." 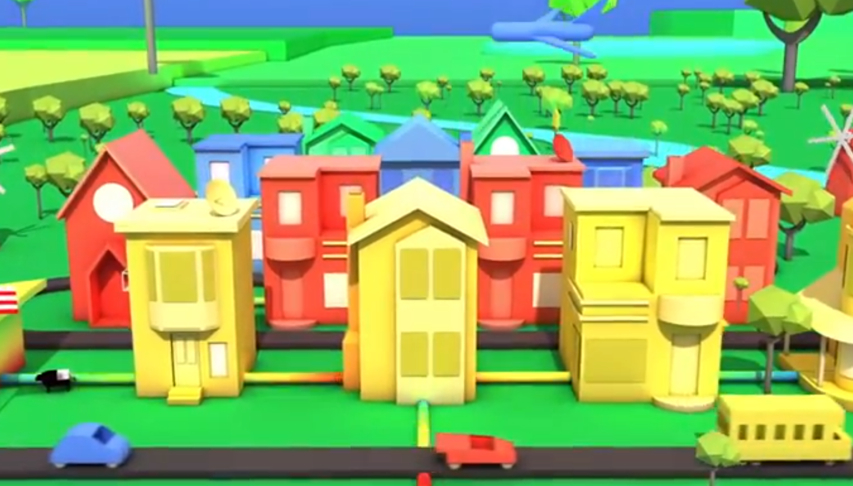 Those issues get even more complicated when Gl33k works with a client developing on custom-made tools. Less standardized development kits are often networked together on a gigabit LAN; trying to emulate that connection over a non-gigabit DSL line is far from ideal.

"For example, we'll have problems with a build crashing or whatever and a client might say, 'Oh, just run our Sync and Build tool real quick,'" Arlauskas said. "And we're like, 'Well we could, but that usually takes two hours,' and they're like 'What? That takes like two minutes for us to run!'"

Not everyone is struggling with Austin's current online infrastructure, though. Adam Saltsman, creator of Canabalt, said the Google Fiber upgrade wouldn't have much of an effect on his day-to-day operations.

"It's almost impossible to say, but at least right now I'm not expecting a major impact on me personally or my little company," Saltsman said. "I telecommute almost exclusively, and tend to work on pretty small projects, and my overpriced quasi-DSL is mostly able to handle my needs. That said, Fiber would have been amazing when I was trying to upload new builds of Indie Game: The Movie to Steam last summer."

"...if a dev is eyeballing Seattle then I don't think Google Fiber will change their minds."

Nearly all the developers we spoke to also agreed that Google Fiber could bolster Austin's gaming ranks, helping to turn the city into an even larger game development hub.

"A faster, more wired Austin will continue to encourage top talent to visit the city to collaborate on projects or decide to simple put down roots and build on to the great development scene," Devolver Digital's Nigel Lowrie told Polygon.

"I will say this: It sure can't hurt," Saltsman said. "I still remember Stardock's CEO Brad Wardell talking about having to petition the governor of Michigan (where I grew up) to get something faster than consumer cable installed near their offices, so they could upload new games to their Steam-like digital download service in under 3 days. Austin broadband is in a lot better shape than that, but I think this is such an attractive city in general, that removing whatever obstacles we have (occasionally lackluster internet infrastructure being one of them) just can't hurt."

Twisted Pixel studio director Mike Wilford said the addition of Google Fiber would be good Austin's development scene, but probably won't be enough to make it a contender against major development hubs like San Francisco.

"High speed Internet access is definitely important to developers, but many devs also consider it to be important to be in one of the handful of cities that has an established game development scene, such as San Francisco, Seattle, or Austin," Wilford said. "It may not be the best ever, but those cities already have high speed Internet access in some form. Austin will become a better place for doing game development, but if a dev is eyeballing Seattle then I don't think Google Fiber will change their minds."

Google Fiber, which will also come to Provo, Ut. in the coming year following a pending city council vote, will begin appearing in select Austin neighborhoods in mid-2014. AT&T's gigabit network has no release schedule as of yet, and is dependent on the company receiving the same permissions and investments Austin city government is giving to Google.