As I prepared to write my review of Dead Island Riptide, I referred back to the review I wrote of the original game on Joystiq, way way back in 2011. I panicked a bit when I realized how much of this review was completely applicable to what is ostensibly a brand new game.

When I pre-wrote this review - you know, in my noggin - I started composing several paragraphs I found nearly verbatim when I revisited the original. I had to face facts: I had very little to say about Dead Island Riptide I hadn't already said previously.

The good news? Dead Island Riptide doesn't have much to add to the conversation either.

Really, what you'll be doing is killing a whole lot of zombies.

Xian Mei (knife lady), Sam B (rap guy who's good with blunts [GET IT?]), Logan Carter (dude who's good at throwing stuff because football) and Purna (firearms expert) have found themselves on another island full of zombies for reasons far too disparate and silly to list here. Have you seen the second Jurassic Park movie? Consider Riptide's Palanai Island our stand-in for Isla Sorna — it exists solely as a conceit to create a recognizable sequel.

These survivors (bonded by their shared immunity to zombitis) are joined by a new addition. John Morgan is a hand-to-hand combat expert, who, much like an in utero Justin McElroy, is able to kick very hard. After choosing a character, you'll once again lead the outbreak-impervious (and an ever-growing band of very zombie-vulnerable hop-ons) as they struggle to survive and, with any luck, find a way to safety.

But really what you'll be doing is killing a whole fucking lot of zombies. 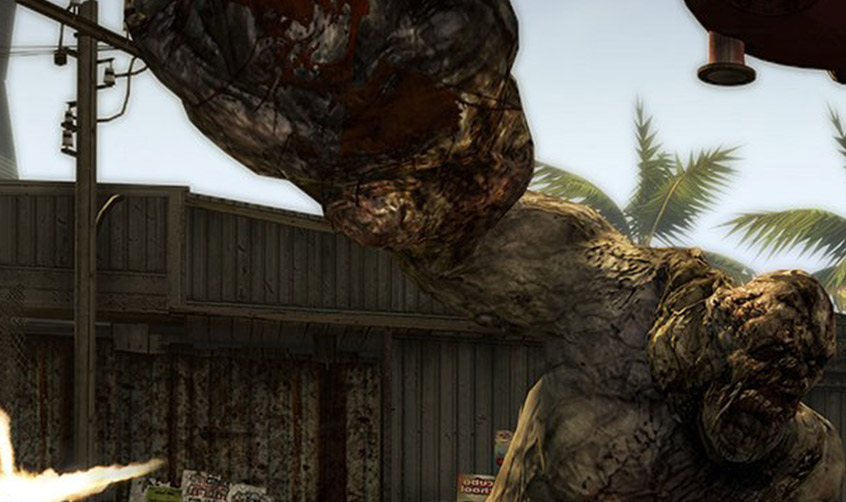 "Listen. I'm an American. I hate zombies too." 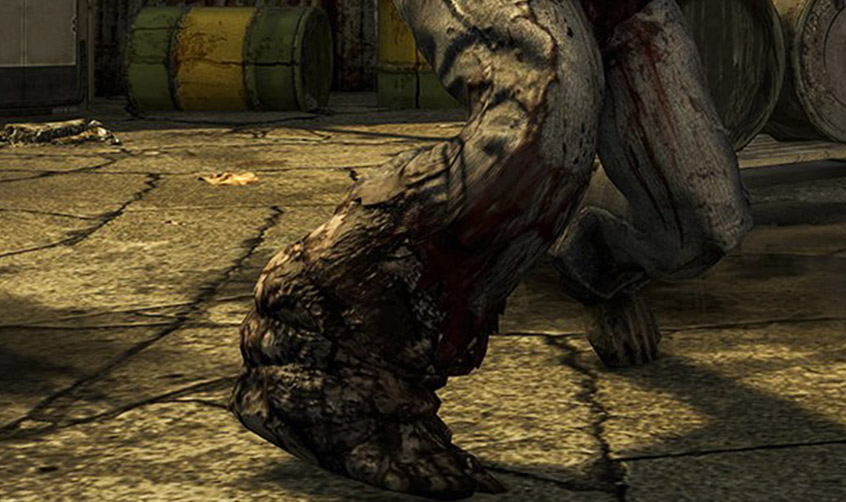 Every facet of Dead Island Riptide is built around killing zombies. The vast array of customizable weapons are all just different animations and speeds of zombie murder. The skills you acquire (most of which are directly lifted from Dead Island) are all about how effectively and violently you re-dead the hordes. Death isn't even a big deal: Just dust yourself off, lose a percentage of your wealth and get back to the killing. Money is slightly less essential this time around as weapons in Riptide, blessedly, degrade more slowly.

Listen. I'm an American. I hate zombies too. But killing Riptide's zombies isn't fun. Lopping off a head or the occasional arm? Great. But there's no depth. No strategy. No blocking even. Run up to a zombie and hack it to death. Got a stronger zombie? Run around it and keep hacking. As you develop weapons that let you paralyze zombies, even this much strategy isn't necessary.

You get stronger with each level of progression, but as you rise, you lift everything in the flooded world of Riptide. Monsters level with you, as do the weapons. It's all on a curve, so, in practice, the only thing that's changing is the numbers. Riptide features some interesting new zombie types — I never tired of watching the Grenadier rip off a chunk of its flesh and hurl it at me — but my strategy never wavered: Cut cut cut.

Yes, Dead Island Riptide has guns and bullets, but I played largely as Xian Mei, so I mostly focused on the cutting. Guns and ammo are sparse enough, and knives are effective enough that I only changed things up when I got bored. If you're thinking that shooting zombies would have provided the variety I so craved, I would point out that shooting zombies has been central to every video game released by every publisher on every platform in the last four years. Melee weapons are the best thing Riptide's combat has going for it.

Characters (still) have a Fury mode in which the screen goes red, damage is increased and experience is rewarded for killing zombies. This system is valuable for gaming easy experience points, but is never necessary or even terribly helpful in most encounters (especially since death is so meaningless). Equally meaningless is the loot you'll gather throughout the game. I'm not sure at what point game designers decided a fun mechanic might be to manually loot the 30 pieces of trash scattered about a room in various suitcases and drawers in the hopes of finding a few scraps that make the player infinitesimally more dangerous. But please, please stop it. It's boring. 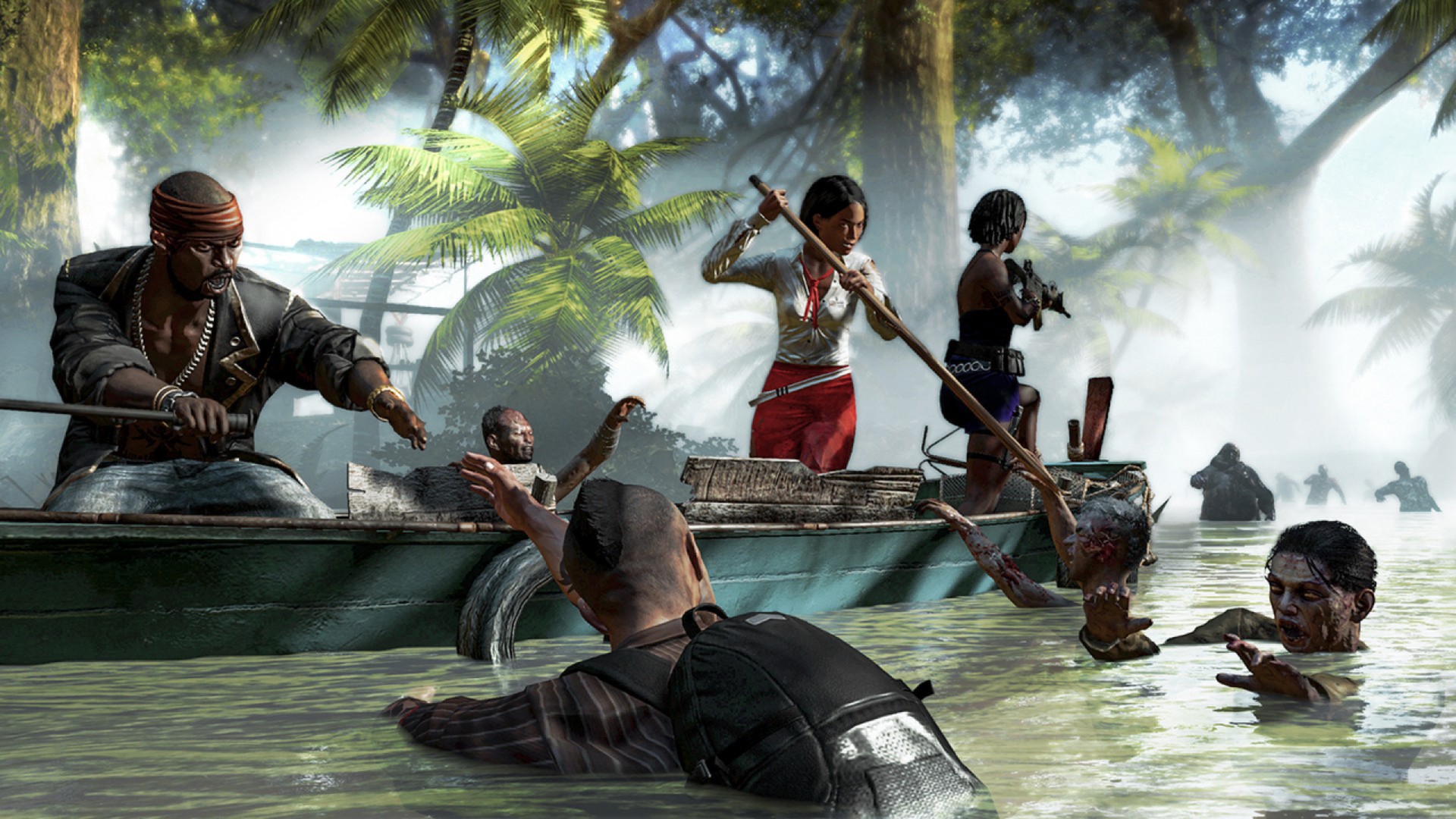 "Seeing how little Dead Island has mechanically evolved in the 19 or so months since its last outing is the biggest disappointment of Riptide."

I loved modding weapons with blueprints I found across the island; the novelty of a flaming shovel or electrified sledgehammer never really wore off. I just wish components were a bit rarer or less varied, because as it stands, it always felt random whether or not I had the components for a given mod. 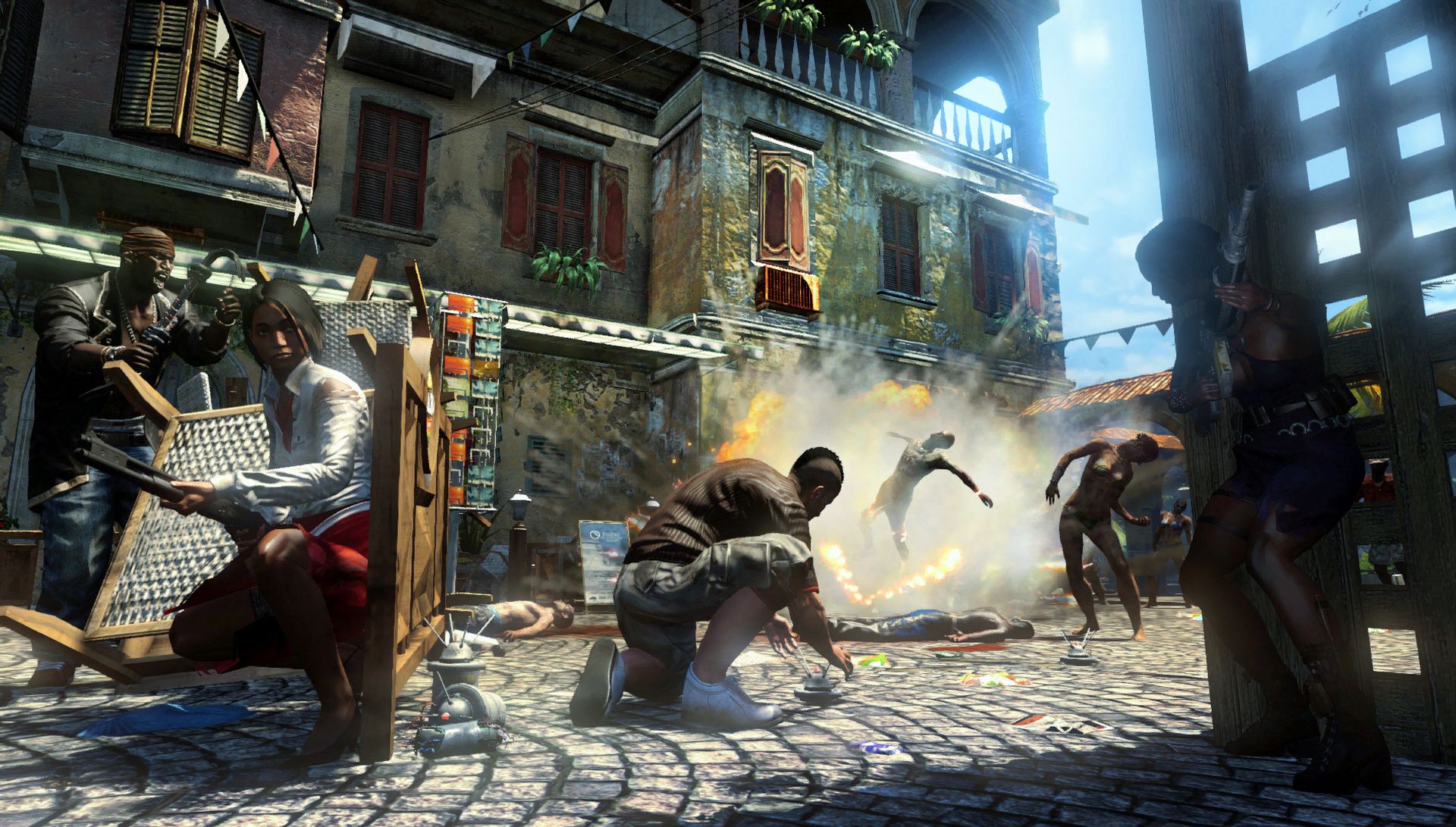 Seeing how little Dead Island has mechanically evolved in the 19 or so months since its last outing is the biggest disappointment of Riptide. Unless you count the addition of boats and an auto-attack available when you're above an enemy, the only major new gameplay element is occasionally having to defend your hub areas (supposedly "safe" zones where fellow survivors offer missions and a chance to restock your arsenal).

As wave after wave of zombies attack, you're forced to rush around your base, repairing electric fences zombies bring down, saving other survivors from attack and, most importantly, making your home undead free. These brief segments are some of the game's most exciting, but they're far from meaty enough to justify a more-or-less full-priced retail release. They also became infinitely less interesting when I realized the best defense was to let ALL the zombies into my base, trigger Fury mode and net myself a tidy XP profit.

There have been some slightly more substantial tweaks to the co-op mode, which is still the best way to enjoy Dead Island. It's easier for characters of disparate levels to play together, and it's pretty seamless to hop in and out of the games of strangers that happen to be near to you.

It might be possible to convince yourself that Riptide is merely a standalone expansion of the original game, which could make the lack of innovation more palatable. But were that not already strained by the time passed since the original or the cost ($40 on PC, $50 on consoles), credulity completely goes on holiday when you see how hard Riptide is straining to prove that it's worthy to exist.

In my initial 13 hour playthrough, I finished most of the side quests I came across, and in that time heard quest givers repeating dialog from other quest givers verbatim and saw several entire rooms reused, some multiple times. And even the quests that don't repeat almost always boil down to "Kill your way to A, come back to B." A little of that goes a long, long way.

There was a contingent of players that didn't have the problems I had with the original Dead Island. (Trust me, I heard from them.) They were perfectly content to have some brainless (zing!) fun with a few buddies. And I understand that. But I imagine even the most stalwart defenders of the series are going to be disappointed when they see just how little reason there is to travel from Banoi to Palanai.