Players who pre-order a copy of Volition's Saints Row 4 will get a free upgrade to the game's Commander in Chief Edition, offering a set of digital bonuses with an over-the-top patriotic streak, publisher Deep Silver announced today.

Saints Row 4 pre-orders at participating retailers will net players a new weapon dubbed the 'Merica, an oversized gun that packs in flamethrowers, dub step guns and rocket launchers; the Screaming Eagle jet, which fires rockets from its talons and emits a debilitating scream; and the Uncle Sam suit, a stars and stripes-slathered outfit for your Saint to wear.

In Saints Row 4, players assume the dual role of the leader of the Saints and President of the United States as they fight off an alien invasion.

The Commander in Chief edition of Saints Row 4 will be available globally, Deep Silver says. The game retails for $59.99 on console and $49.99 on PC. Here's a peek at the content available to those who pre-order. 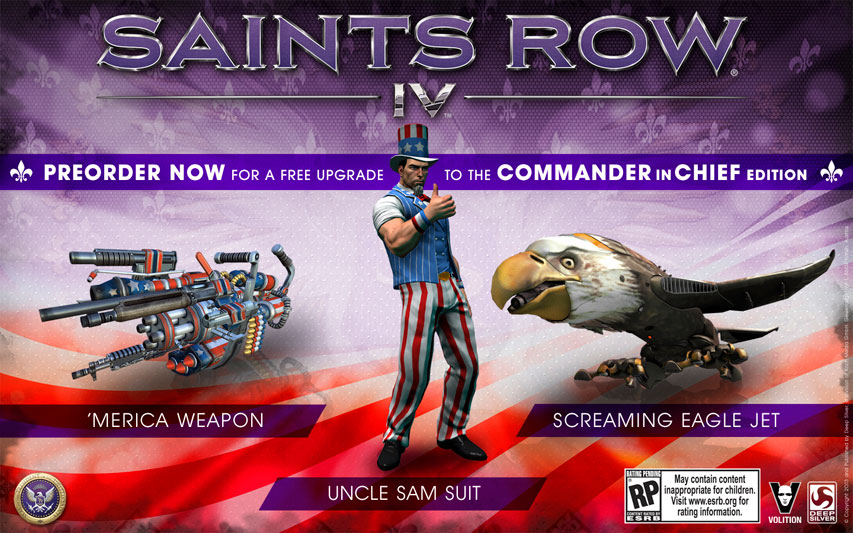 Saints Row 4 is planned for release on Aug. 20 in North America and Aug. 23 worldwide on Xbox 360, PlayStation 3 and Windows PC.