Share All sharing options for: Man charged with trafficking 55 pounds of marijuana with a Pac-Man cabinet

A South Carolina man was arrested last week and charged with trafficking 55 pounds of marijuana using a Pac-Man arcade cabinet, according to a press release from the Orangeburg County Sheriff's Office.

On Tuesday, April 16, federal officers and Sheriff's Office investigators arrested Luis Tyler after conducting a traffic stop in which they seized a Pac-Man arcade cabinet, marijuana and Tyler's vehicle. The arrest was part of an undercover investigation in which law enforcement officials say they observed Tyler accept delivery of the cabinet and its contents.

"Our efforts to make Orangeburg safe will not stop," said Orangeburg sheriff Leroy Ravenell. "We are and will continue to investigate the criminals in our community and make arrests. You may be looking for a high score but what you'll get is game over!"

You can see photos of the cabinet and its contents below. 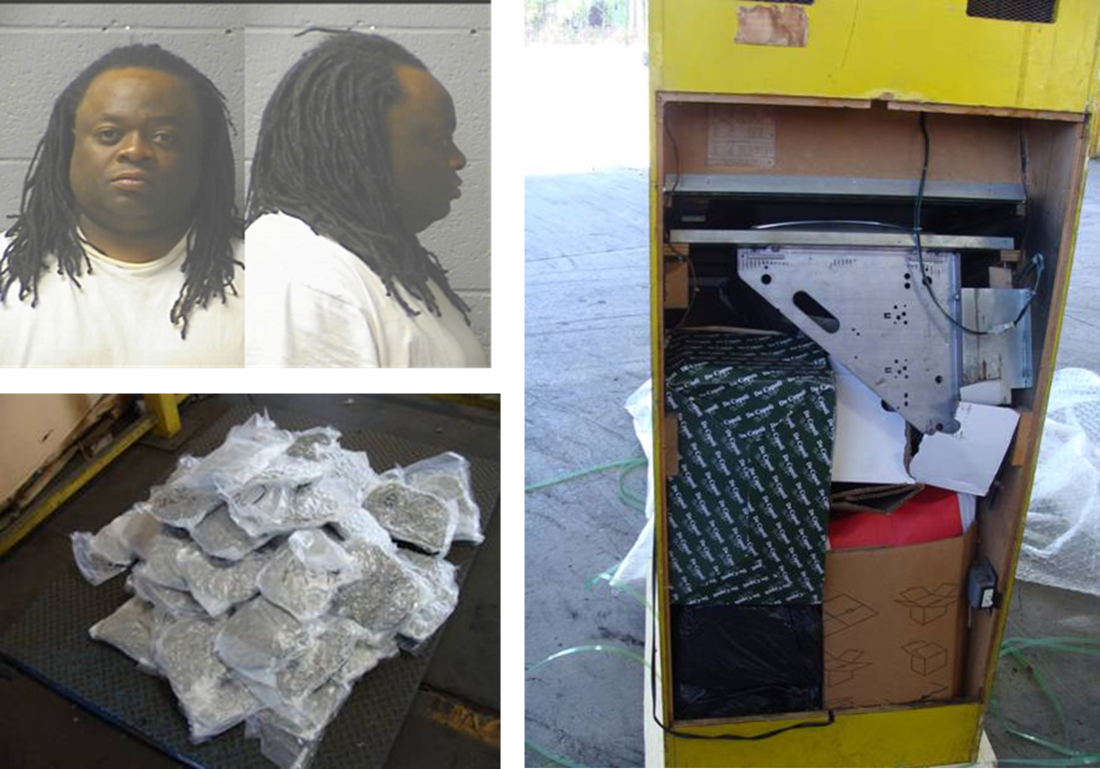