Dragon's Dogma: Dark Arisen is too hardcore for its own good.

Dark Arisen contains the whole of 2012 release Dragon’s Dogma with a few welcome tweaks and a new high-level area and questline. It’s been marketed as an expansion, but it’s technically more along the lines of a director’s cut — the perfect version to buy for those who have never experienced the original, with some new stuff to draw in repeat buyers.

At best, Dark Arisen only accomplishes half of that mission statement. The handful of minor improvements to the core Dragon’s Dogma experience give it a slight edge over the original release, but the new content isn’t plentiful or good enough incentive for a return trip to Gransys.

(NOTE: This review is specifically focused on the new content added in Dark Arisen. The original Dragon's Dogma content is also included on the disc; check out Polygon's review of that here.) 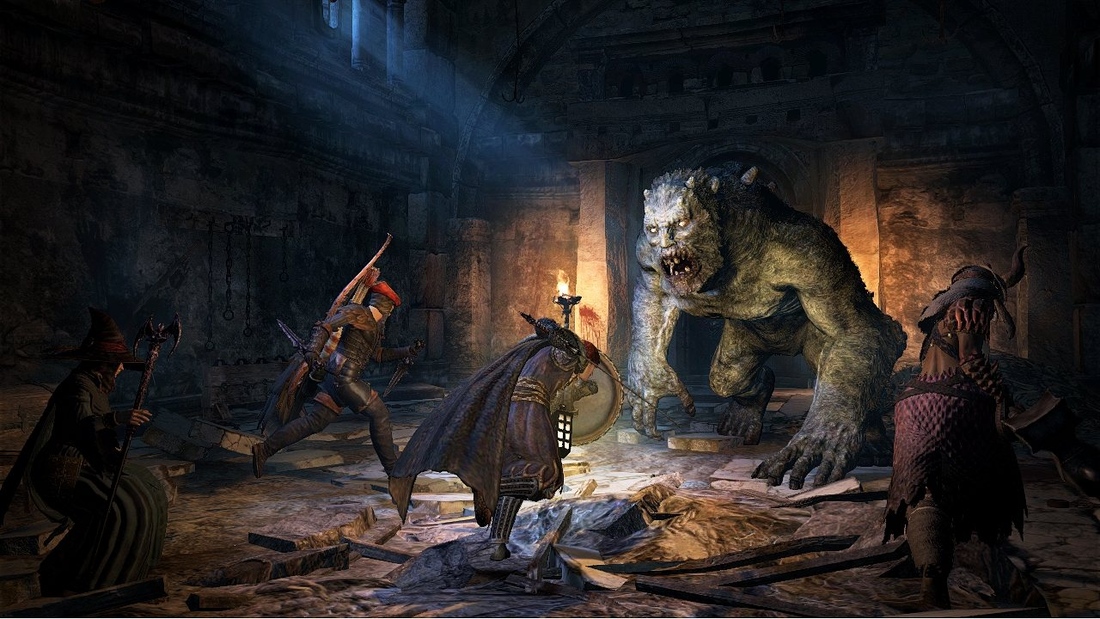 Dark Arisen takes place on Bitterblack Isle, an area latched onto the mainland of Dragon's Dogma by way of Olra, a mysterious new character who ferries you to the zone and provides (very minimal) plot motivation. Unlike the sometimes too-vast open world of Gransys, Bitterblack Isle is a single, linear, self-contained dungeon. You start at the top and have to hack your way to the bottom level.

The best part of Dragon's Dogma was the post-game dungeon. It cut out all the tedious overworld travel and focused on a long series of the battles against massive enemies that made the game unique in the first place. Based on that, a new series of descending catacombs sounds like a great idea. But Capcom iterates on that concept in some baffling ways.

Dark Arisen promises "terrifying new enemies" (courtesy of the game's box), but don't expect many original creations. Most of Dark Arisen's "new" foes are stronger reskins of encounters from the original game. In my journey through Bitterblack Isle, I faced a beefed-up cyclops with spiky armor, a new ogre variant with nearly identical tactics but much more health and even a giant wolf — an oversized version of the every-day, boring enemies of which I'd slaughtered hundreds in the core game before arriving for my island tomb-raiding vacation. A handful of unique boss fights serve as the high points in Dark Arisen, but they're the exception.

That lack of variety carries over to the level design in Dark Arisen as well. The winding, disorienting dungeon layout becomes even more confusing as various rooms start repeating. The plot explains the reuse of assets to some degree, but it doesn't forgive what quickly becomes a boring dungeon crawl. Add in the randomized nature of loot in the dungeon's treasure chests, and Bitterblack Isle feels less like a living place in the world of Gransys and more like a procedurally-generated distraction.

That distraction will be closed off to all but the most dedicated of Dragon's Dogma players, thanks to a brutal difficulty level. Capcom recommended that I not visit Bitterblack Isle until my character was level 50 — which just happened to be the level of my new-game-plus hero. I made it to the first boss before I hit a wall and was forced to run through the core game a second time to grind out additional levels. I completed Dark Arisen at level 70, but I'd recommend being at least five levels higher than that before you even attempt it. 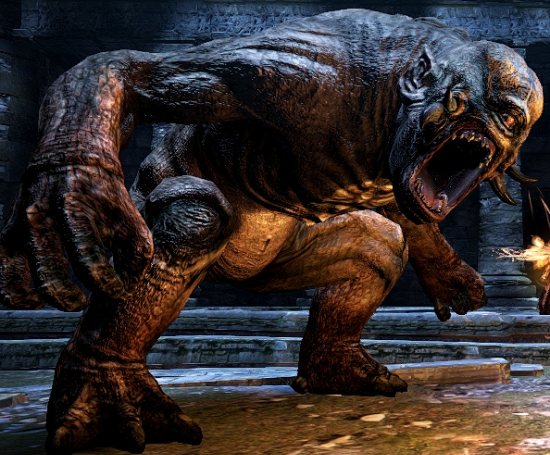 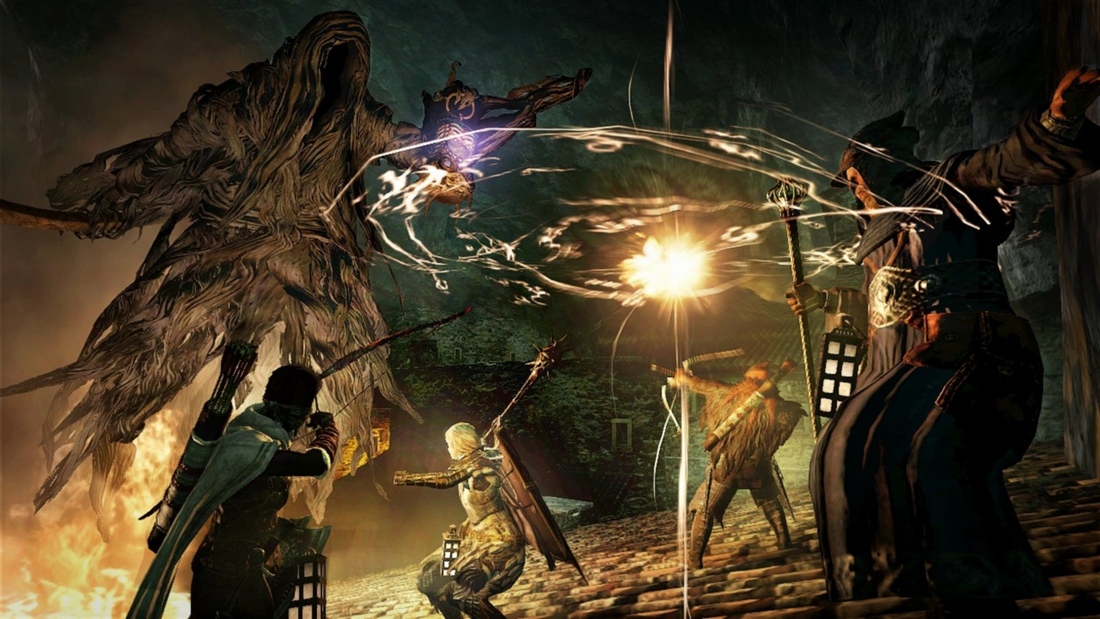 "Similarly to ghosts in Dark Souls, Dragon's Dogma's Pawn system encourages a sense of community in the absence of traditional multiplayer options. It also means that you're stuck relying on questionable AI for everything. Sometimes the pawns perform exactly the role you need them to in each battle. Then, out of nowhere, they refuse to give you the holy weapon buff you need to efficiently take out undead enemies, or they keep fighting too close to cliffs and getting flung off, dying in locations where you can't reach them for revival, forcing annoying reloads.

"But Dragon's Dogma kept winning me over. Every time I started to dislike the game, a great dungeon, insane plot twist, or awesome setpiece boss battle pulled me back in. It's worth sticking with it, too; your journey culminates in a lengthy post-credits dungeon that's easily the best part of the game. This sequence cuts out most of the minor enemies in place of frequent arena-style boss battles against both new opponents and upgraded versions of previously defeated foes, all in a section set ostensibly after the game is over." 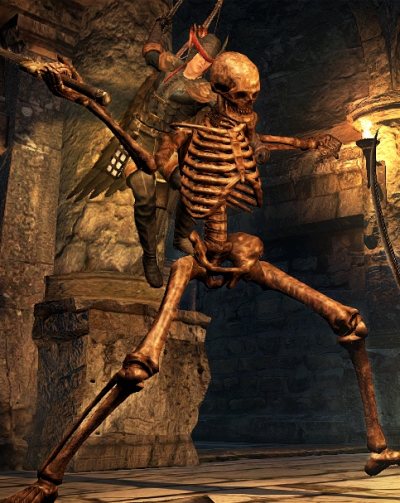 Some of Dark Arisen's challenges can't be bested by increasing your level, though. Absurdly difficult uber-bosses can show up at random throughout the dungeon — even while you're already fighting another massive creature. The constant threat of additional enemies kept me on my toes, but I never felt like the game actually expected me to face them. These new foes aren't an additional challenge on top of an already-tense encounter; they're a reset button. Unless you're well on your way to Dragon's Dogma's huge level cap, you have no choice but to run away.

Dark Arisen's balance is unpredictable, if not nonexistent altogether. The only way to handle the most powerful foes roaming Bitterblack Isle is to outlevel and trivialize the primary content. That isn't frustrating by itself, but those enemies constantly get in your way and ruin otherwise fair fights.

All of the frustrating facets of Dark Arisen are made doubly so thanks to the still-questionable AI of your pawns, computer-controlled party members that can be recruited from other players' games. Pawns were adept at dying in stupid ways in the original Dragon's Dogma, but Dark Arisen is full of situations where their ineptitude got me killed. Whether refusing to move from the glowing red ring that's clearly about to explode with spellfire or not interrupting the enemy who's winding up for an instant-kill attack while I'm pinned down, the pawns elicited a non-stop stream of expletives and controller-shattering rage. I also had to babysit them more than ever during encounters with Death, a recurring enemy whose scythe attack instantly banished any pawns it touched, leaving me without support until I could get to a safe spot to summon them again.

Amidst the disruption to the shaky balance and systems that underpin Dragon's Dogma, Capcom has made a few concessions toward complaints about the original game. Most notably, getting around Gransys is now easier, with more fast travel locations available from the start and more options for using them as much as you need. The Xbox 360 version of Dark Arisen also includes a second disc for installing an HD texture pack, which greatly lowers load times and eliminates a lot of the strange graphical bugs that existed in the original game. But these are changes that feel more at home in a patch, not a brand new disc-based release priced similarly to the original.

Dragon's Dogma: Dark Arisen could have reached new fans and old alike. It was a chance for Capcom to lock in an audience for this burgeoning franchise. But poor balance and careless design limit its appeal to a tiny group of the most hardcore. The original Dragon's Dogma didn't completely succeed in its attempt to emulate Western, open-world RPGs. Dark Arisen makes a much greater mistake: It fails to recognize or capitalize on its own strengths.