Sango Fight, a side-scrolling beat-'em-up based on ancient Chinese history, launched yesterday on the iTunes App Store and bears strong similarities to Warriors of Fate, a 1992 arcade game by Capcom.

Warriors of Fate offered three-player action in which you played as one of five generals of the Shu kingdom while defeating enemies from the Wei kingdom, a setup based on the classic Chinese historical novel Romance of the Three Kingdoms.

A Chinese reader alerted us to Sango Fight, which was released yesterday by the Chinese studio Logic Ball. The $0.99 iOS title features the same setup as Warriors of Fate — side-scrolling beat-'em-up with five playable Shu characters, Wei enemies — and it even looks almost identical to the 21-year-old Capcom game.

Here's a screenshot from the character select screen of Warriors of Fate (the names differ from those of the Chinese Shu generals because in the English version, they were changed to names of Mongolian origin): 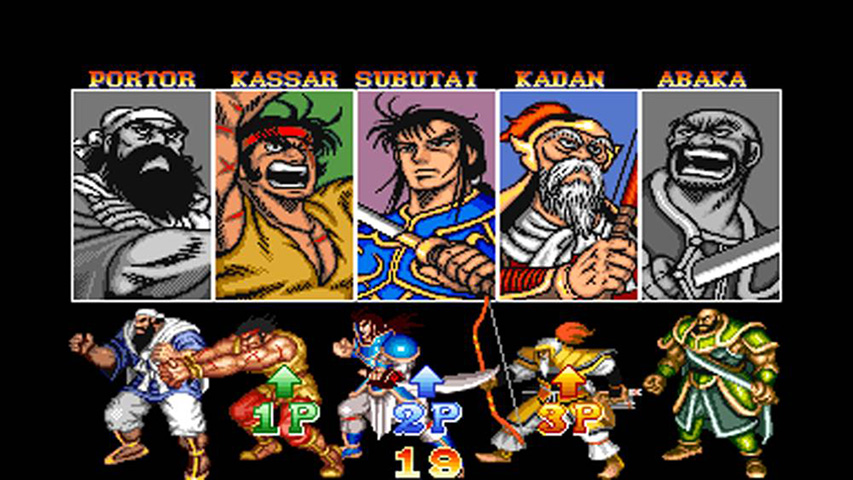 Compare those characters to the sprites that appear in the Sango Fight screenshot at the top of this article. They're identical. We've reached out to both Logic Ball and Capcom for comment, and will update this story with any new information we receive.