Insomniac Games released Resistance: Fall of Man at the launch of the PlayStation 3 in November 2006. Six and a half years later, the independent studio is about to launch another new intellectual property, Fuse, which is set to be released May 28 on PS3 and another new console — at least, a console that's new to the company — Xbox 360.

In the interim, much has changed within Insomniac and within the video game industry. At the dawn of the current console generation, the industry was mostly console-centric, and it didn't appear as if that was going to change. But the rise of new platforms and distribution methods, coupled with a longer-than-usual console cycle, has made the future uncertain.

"It's hard for people in any industry to accept change, especially when you've been focused on doing things one way for so long," said Ted Price, Insomniac's president and CEO, in a recent interview with Polygon. "But as an industry, we're being forced to become comfortable [with], or at least accept, that change will be a constant for us."

Sure, change is scary for everyone involved, Price told Polygon. But he embraces it, because change is exciting in that it brings new opportunities for game developers and players. And change is what drives Insomniac.

According to Price, Insomniac's independence is crucial to its ability to continually adapt to changing circumstances and try new things in all areas of game development. "We've always loved the opportunity to experiment with ... early on, game design models; now, delivery mechanisms and new platforms," he explained. And Insomniac's corporate culture ensures its employees are always challenged to "think creatively about not just game design, but how [they're] delivering [their] games and what audiences [they're] addressing with [their] games."

"as an industry, we're being forced to ... accept that change will be a constant for us"

Part of the way Insomniac keeps up with new trends in the game industry is by examining them to see how they can be applied to the studio's own games. "It's been a fascinating journey for all of us in the console development world to watch what's happened with PC, with mobile, with social games during this console generation," said Price. "And I'd say that the changes in those particular areas of the industry have influenced what's going on in the console industry, too."

Price told us of his appreciation for the vast expansion of the game market brought about by mobile platforms, and in particular, how they've enabled small teams to unleash their creativity in bite-size experiences and deliver them to the masses. He gave the example of Vlambeer's Ridiculous Fishing, a game that couldn't have existed a decade ago in its current form. Some of the best mobile games in that vein are completely different from major console releases, Price pointed out, but they can be just as addictive and engrossing.

Insomniac attempted to combine its history of creating hardcore games with a new platform, Facebook, when it began developing Outernauts in 2010. Price explained that the studio wanted to try a new business model but still deliver an experience that core gamers would appreciate. The company turned to Electronic Arts for help with the first half of that equation, and it didn't work out because, as Price put it, "the monetization and viral features that we had put in turned off a lot of the audience that we were hoping to attract." (Check out our feature on the story behind Outernauts for more details.)

"That was us going to school on that game, in terms of understanding better what social gaming really is," Price added. The studio has since brought Outernauts to Kongregate, and will soon release it on mobile platforms. 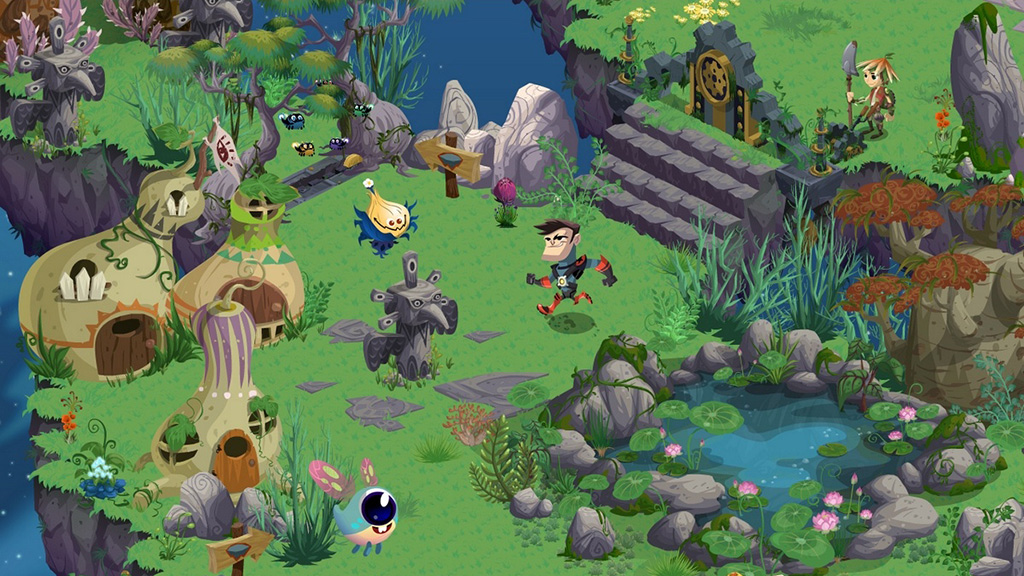 Price also believes that "the game-playing world has become a far more social place" in recent years, a belief born out in Insomniac's experiments with new game mechanics in an old franchise: Ratchet & Clank.

In 2009, the Burbank, Calif.-based studio opened a new branch in Durham, N.C., with about 30 employees, many of whom had moved eastward from the existing office. "That team was and is passionate about Ratchet," said Price, adding that the developers "wanted to do something different with the franchise," since many of them had worked on multiple traditional Ratchet & Clank titles.

Insomniac had received a lot of feedback over the years from fans who wanted to be able to play Ratchet & Clank games with family or friends, so the North Carolina studio's first game was a co-op title, 2011's Ratchet & Clank: All 4 One. For the next game, said Price, "We wanted to change the formula and try something different on a fairly short production cycle." Last year the studio released Ratchet & Clank: Full Frontal Assault, a title with tower defense elements and a co-op mode. The games weren't as well-received as the previous entries in the franchise, but Price feels they were important to Insomniac's continued growth as a studio because they were different from the Ratchet & Clank titles it made previously.

"I'm very proud of what we did with both those games because we took creative risks," he said. "And I think as a developer, taking creative risks is something you have to continue to do, even if people are telling you that all they want is the same recycled stuff over and over again."

That, Price continued, is one of Insomniac's core philosophies, especially in the face of an industry in flux.

"It's difficult sometimes to move ahead with new ideas because you can be afraid of a negative reaction from hardcore gamers who potentially want the same thing," he acknowledged. "Weighing that fear of change from hardcore gamers with our perceived need to continue to evolve — as game designers and a company and as part of the industry — is something that we constantly struggle with. It is a balancing act. But what usually wins for us is the need to evolve and change." 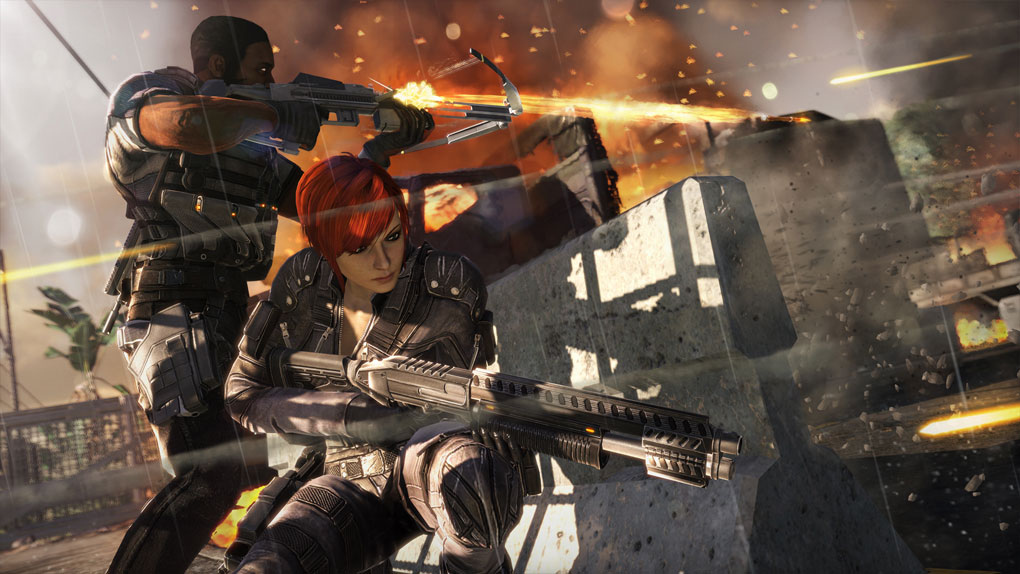 Fuse, a third-person shooter designed for co-op play, is the latest step in that continued evolution. Insomniac wanted to broaden its audience, and developing on Xbox 360 for the first time was the best way to do that. Price said that with Fuse, the studio focused on "moving into a multiplatform existence as a company" — it "rebuilt [its] tools and technology from the ground up to accommodate multiplatform games."

When Insomniac began development on Fuse "a few years ago," it hadn't heard anything about next-generation consoles. But since the studio estimated the game might launch near the arrival of those new systems, it used the development process to not only become a multiplatform studio, but also to optimize its production pipeline.

He added, "We want to continue to make better and better worlds, and give ourselves more time to innovate during production. And more efficient tools allow us to do that."

Price believes that Insomniac's recent history of experimentation leaves the company poised to succeed even in a constantly changing game industry. Whether it's new game design elements, new distribution methods, new platforms or new IP altogether, he reiterated that change breathes life into the studio.

"What we love to do at Insomniac is create new IP and new universes." said Price. "The energy that magically appears when you start talking about new worlds and new characters and new gameplay paradigms — that, for me, is absolutely one of the most exciting things about being in this business."