Earlier this week, Vlambeer — an independent developer who receives as much ink for their critically acclaimed titles as they do for unscrupulous developers' tendency to copy them — got hit once again. SkyFar, an iOS game from Bangalore's Rubiq Lab, was criticized for nearly duplicating Luftrausers, a browser-based Flash game Vlambeer released in 2011, which the studio later planned to turn into a full retail release.

Vlambeer plans on completing and releasing Luftrausers later this spring, but the repetition of this trend brought up a question in our comments, and on Twitter: Why does Vlambeer keep posting its games online, effectively tipping the two-person studio's hand to cloners in the process?

"The honest-to-God reason is just that we jam a lot, we make a lot of small experiments, and we like sharing those with the people that play our games," Vlambeer co-founder Rami Ismail explained to Polygon in a recent interview. "For example, Ridiculous Fishing happened because somebody played Radical Fishing, said that it would be great on iOS, and we agreed, so we did it on iOS. For Lufrausers, we saw that months after release that game was still being played over and over again, even though we hadn't marketed it."

Vlambeer uses its Flash releases as market analysis testbeds for potential wider releases, among other reasons. They create a lot of prototypes, make them available online, and flesh out the ideas that merit fleshing. It's more effective than releasing a trailer, Ismail said; it's interactive, and feedback of that interactivity is far more informative to the creator. The strategy doesn't just play into Vlambeer's desire to connect with its fans and present itself as an open and creative entity. It tells them what deserves their limited time.

"We jam, we look at things that are interesting, we look at things people react to, and if we agree there's more to explore, or something interesting that warrants us working on it more, we do that," Ismail said. "But for every full game that we release, there's ten other games we released that we didn't work on further. They're just complete explorations of what we wanted to do." 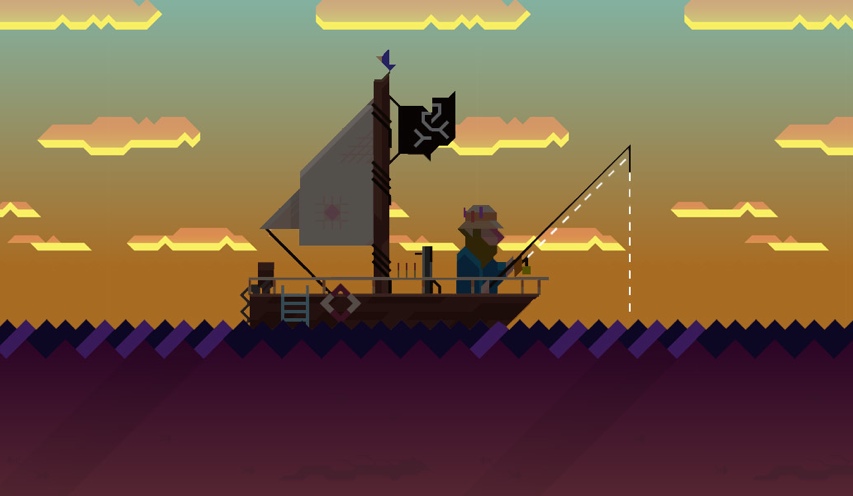 The alternative to this strategy, Ismail said, is that these prototypes don't get posted at all. And since most of them never make it to other platforms in fully-realized packages, that means they never exist outside of Vlambeer's minds and hard drives.

"A lot of the games we put out for free are games we made back when, and people appreciate them," Ismail said. "Like Yeti Hunter, which did really well, we're not going to expand on them. Basically, what these people are telling us, when they say, 'Stop putting out little games,' that's like, 'Stop putting out a lot of free content that a lot of people seem to enjoy. Then, if someone steals your stuff, don't complain about it.' That's what they're telling us."

The list of benefits goes on, Ismail says, from marketing to brand-building to playtesting. That latter perk is particularly useful; big-budget releases sample huge groups of QA testers to find problems with the game. A free, online launch gets Vlambeer just that, but with a much, much larger sample size.

"But for every full game that we release, there's ten other games we released that we didn't work on further. "

But, benefits aside, the discrete alternative to Vlambeer's release pipeline isn't appealing at all to the studio. It's not just about a desire for openness, Ismail explained, it's also about the futility of furtiveness.

"If you say, 'Be more secretive,' okay, we'll be more secretive," Ismail said. "So, do we still send builds for feedback to our friends and other developers? Because they might leak it, and leaks are bad. If a secret game gets leaked, we won't have anything to defend ourselves, because we haven't developed the game yet, and nobody knows it's our next game. So we won't send games to our friends anymore unless we make them legally not talk about the game, then we can't talk about the game either, so we have to be secretive about that as well.

"It's like this giant slippery slope of secrecy," he added. "It's not the way things should be. People shouldn't be criticizing us for being open. They should be criticizing cloners for making creativity and openness a liability."