BioShock Infinite DLC could include a new AI companion

Share All sharing options for: BioShock Infinite DLC could include a new AI companion

Shahan's experience includes an entry for "BioShock Infinite DLC1," under which he lists animation and R&D for "a new AI companion character." It's unclear if this new character would replace the game's current companion, Elizabeth, for a short time or simply act as an addition. We've contacted 2K for comment and will update accordingly.

A season pass for BioShock Infinite is currently available for $19.99 and grants buyers access to three additional content packs. DLC is expected to add additional story material, weapons and skills.

BioShock Infinite launched for PlayStation 3, Xbox 360 and Windows PC March 26. During an interview with Polygon, BioShock Creator Ken Levine revealed that early in the game's creation, designers frequently requested that Elizabeth be cut.

Update: Shahan has since pulled the listing from his profile. Polygon captured an image of the original summary, which you can view below. 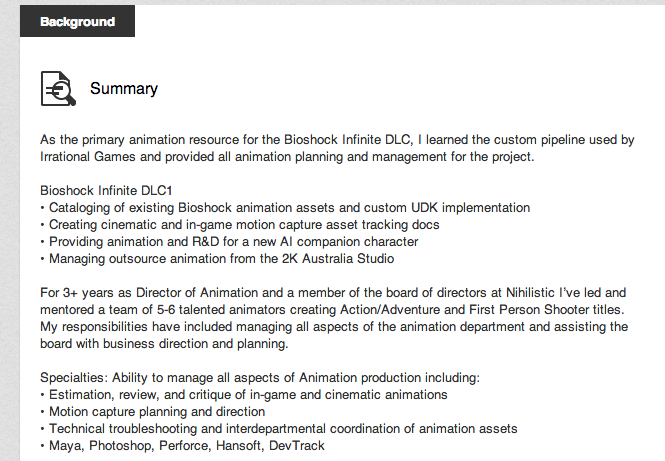