BattleBlock Theater developer The Behemoth has demonstrated a knack for 2D retro throwbacks.

With 2008's Castle Crashers, The Behemoth built one of XBLA's most popular and enduring cooperative experiences, packing all the charm of old-school four player beat-em-ups with the studio's distinctive stylistic trappings in the form of bright colors, strong lines, and junior high school humor.

While BattleBlock Theater carries that cooperative tradition forward — and adds to it with competitive multiplayer — it's The Behemoth's earlier roots from Alien Hominid that show through. With goofy charm and intense twitch platforming, BattleBlock Theater might be the best showcase yet for its developer's design chops.

As ridiculous as it is, BattleBlock Theater's story fits its playful aesthetic.

The story begins when your nameless protagonist — and his 300 best friends — crashes upon a deadly island overrun by thuggish, theater-loving cats that force you to endure their nutty obstacle courses. An announcer presents every story beat with character "puppets" and an almost unhealthy level of enthusiasm, not to mention a whole lot of poop jokes. It's often funny, and sometimes grating, in how over the top and juvenile The Behemoth takes BattleBlock's humor, but it's consistent. 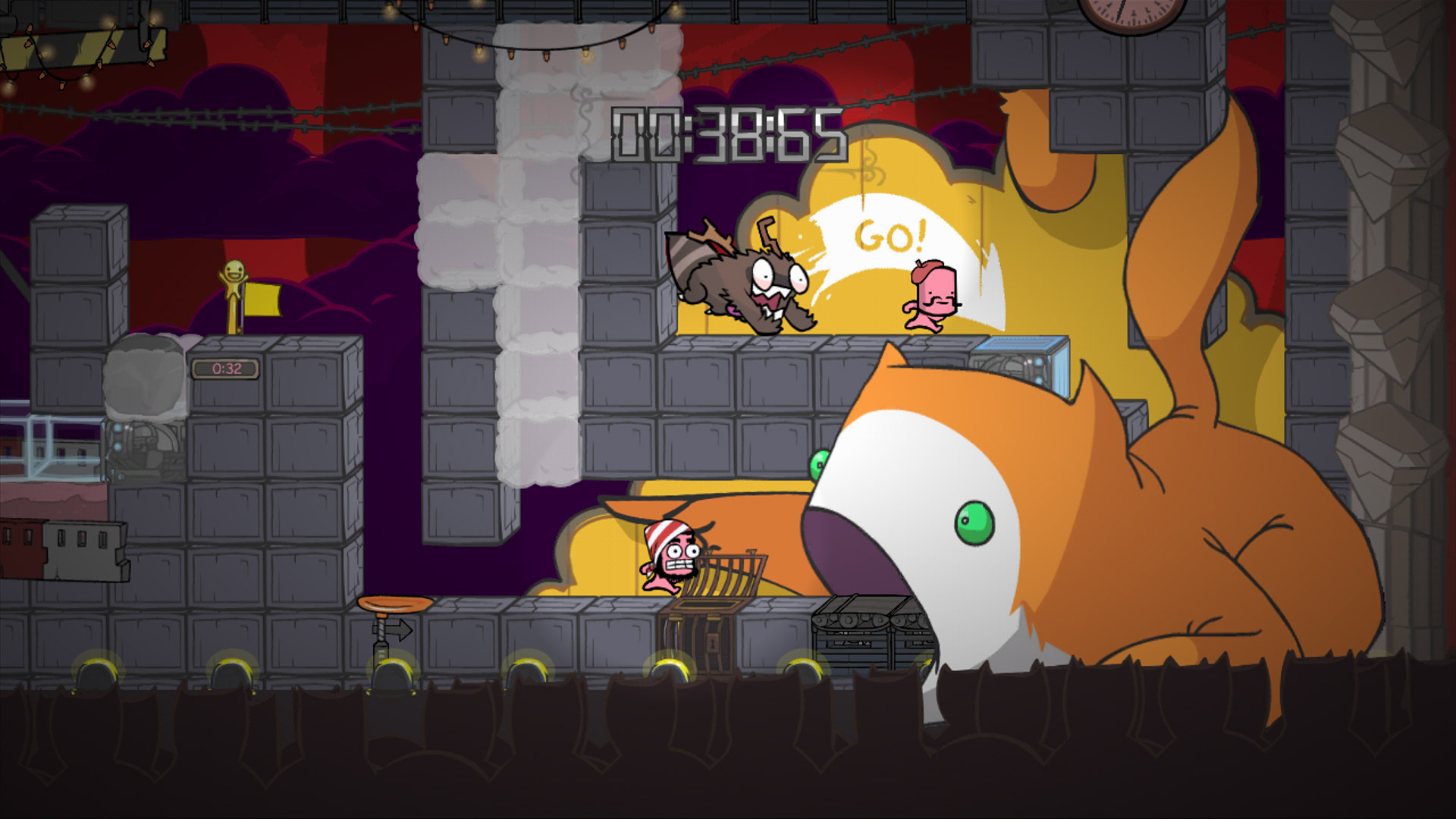 The wacky theater premise is played up at every chance. Worlds are organized into “acts,” each with nine regular scenes (stages), a finale and three bonus “encore” levels. Stages are boxy, self-contained rooms full of obstacles, traps and enemy cats. The entire architecture of each level is comprised of blocks, each type with its own special properties. Jelly blocks allow you to slide down walls slowly, for example, while others shoot lasers, explode or launch your character across the stage. Getting a feel for the various block types and mastering their unique physics is necessary to get anywhere.

The Behemoth has done a phenomenal job of both subtly suggesting solutions and rewarding experimentation. Gems are placed in seemingly impossible areas, begging the player to take risks and explore everything in the stage. It’s always worth it to go out on a limb.

Your job in each stage, whether solo or with a co-op partner, is to collect gems, solve spatial puzzles on the fly, and make it to the exit. Mainly, you’ll be running, jumping, dodging, and using the various block properties to make your way through each course. 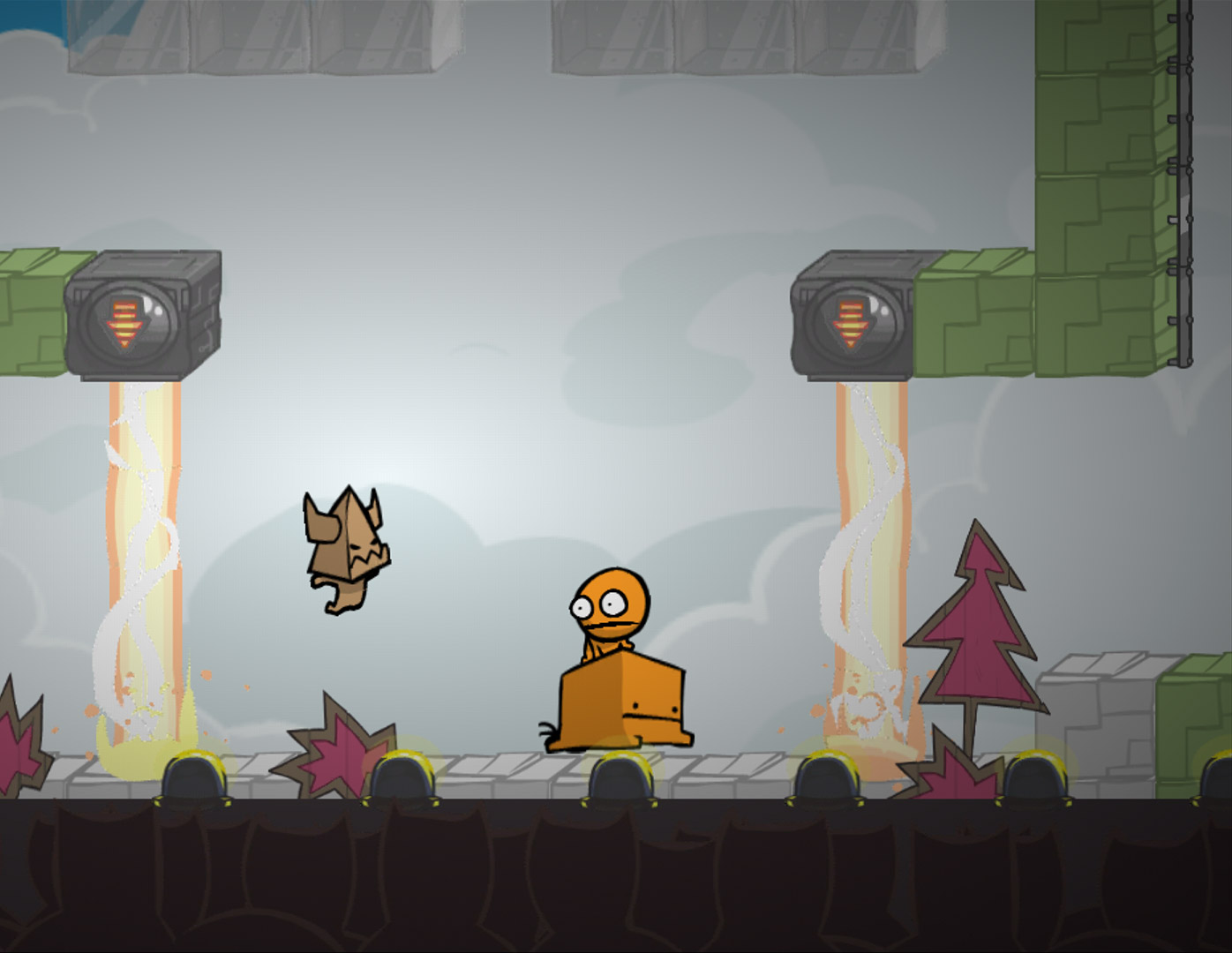 To clear each level, you need to collect three gems to open its gate, but seven are always available. This adds additional challenge, and rewards ambition, since gems are the form of currency you use to free "prisoners" — which are other player characters that you can take on and even trade in multiplayer. It’s also a good idea to go for the single glowing ball of yarn hidden in each stage, since these are used to purchase new weapons, which can be utilized — along with punches, kicks, and slides — to take out some of the more aggressive kitties you'll come across.

At the beginning of BattleBlock Theater, the pace varies from stage to stage. Some levels require intense thumb gymnastics, while others emphasize trickier spatial puzzles and more deliberate action. By the time you reach BattleBlock's midpoint, the twitch action and puzzle solving are maniacally blended. A successful run requires trial and error, but this never feels egregious. Even BattleBlock's later stages are fair, and a generous checkpoint system keeps things reasonable throughout.

The spot-on challenge level is one of the best things about Battleblock Theater. I always felt as if I was learning and progressing. Each botched attempt at a puzzle or tricky jump yielded new information. Battleblock made me feel smart and talented — I felt like a platforming hero beating later stages.

It’s a testament to BattleBlock Theater's excellent level design that the stages are modified only slightly to accommodate those who go it alone. An assortment of friendly non-player characters assist in tight spots where a teammate would normally be on hand, and the simple AI never let me down during the course of my playthrough.

The story mode’s stages were designed for co-op play, which adds tension. You'll need to cooperate to succeed, but screwing with your partner is frequently as rewarding — and funnier — than helping them.

BattleBlock Theater also allows you to focus on messing with others in a more developed way in its multiplayer arena modes, in keeping with the simple combat mechanics set up in the main game. Traditional game types — such as a race to the finish and a pure combat mode — are joined by more creative variants that have up to four players coloring blocks, grabbing adversaries’ souls, and stealing opponents’ “horses” and racing them to their own goalposts.

The soul-stealing and king of the hill variants are particularly wild, since they encourage continual give-and-take among players. Unique arenas appear in each mode to complement different play styles, and “playlists” often mix levels from different modes to keep things fresh.

On top of this, BattleBlock Theater features a robust level editor. Since every stage in the game is constructed from a limited set of blocks, it’s easy to intuit The Behemoth’s design sensibilities (if not their skill and experience) after playing for a few hours. The editor controls are simple and hassle free — simply select the desired block or item type, and slot it in where you like on the stage-sized grid. It’s easy to get a simple level up and running within minutes. I spent hours building devious gauntlets and trying them out, long after I was through with the story mode. 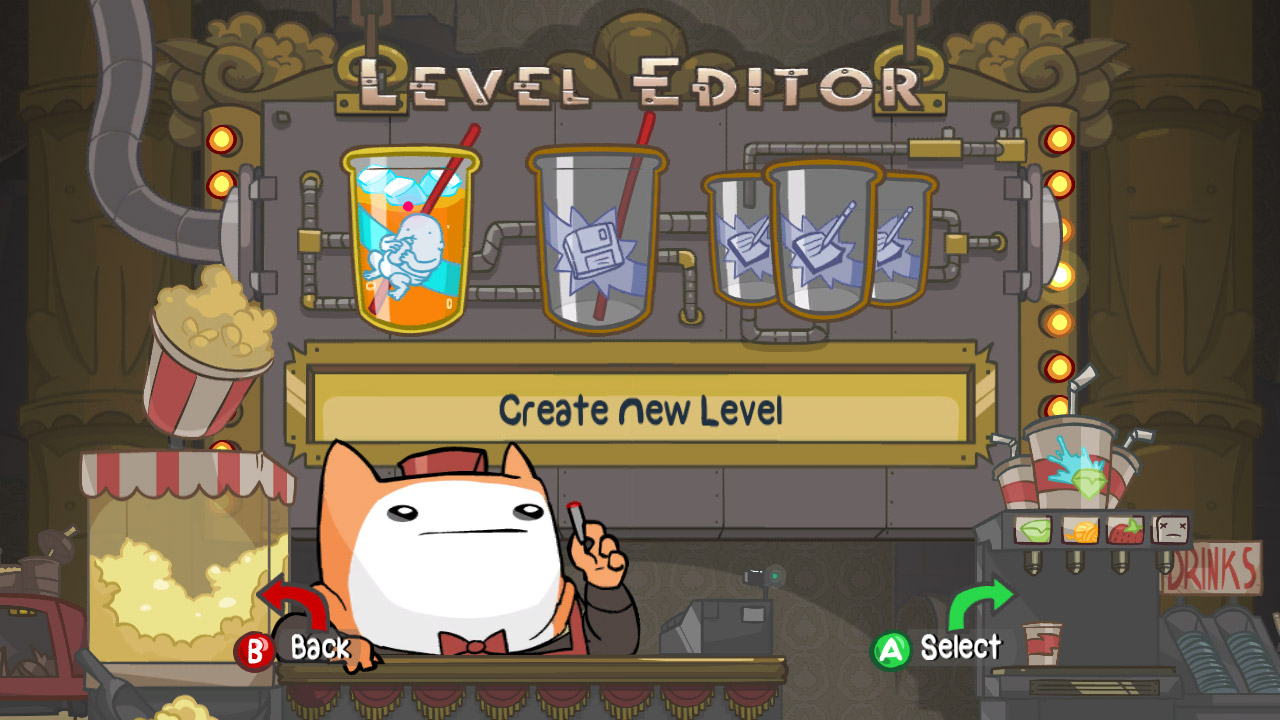 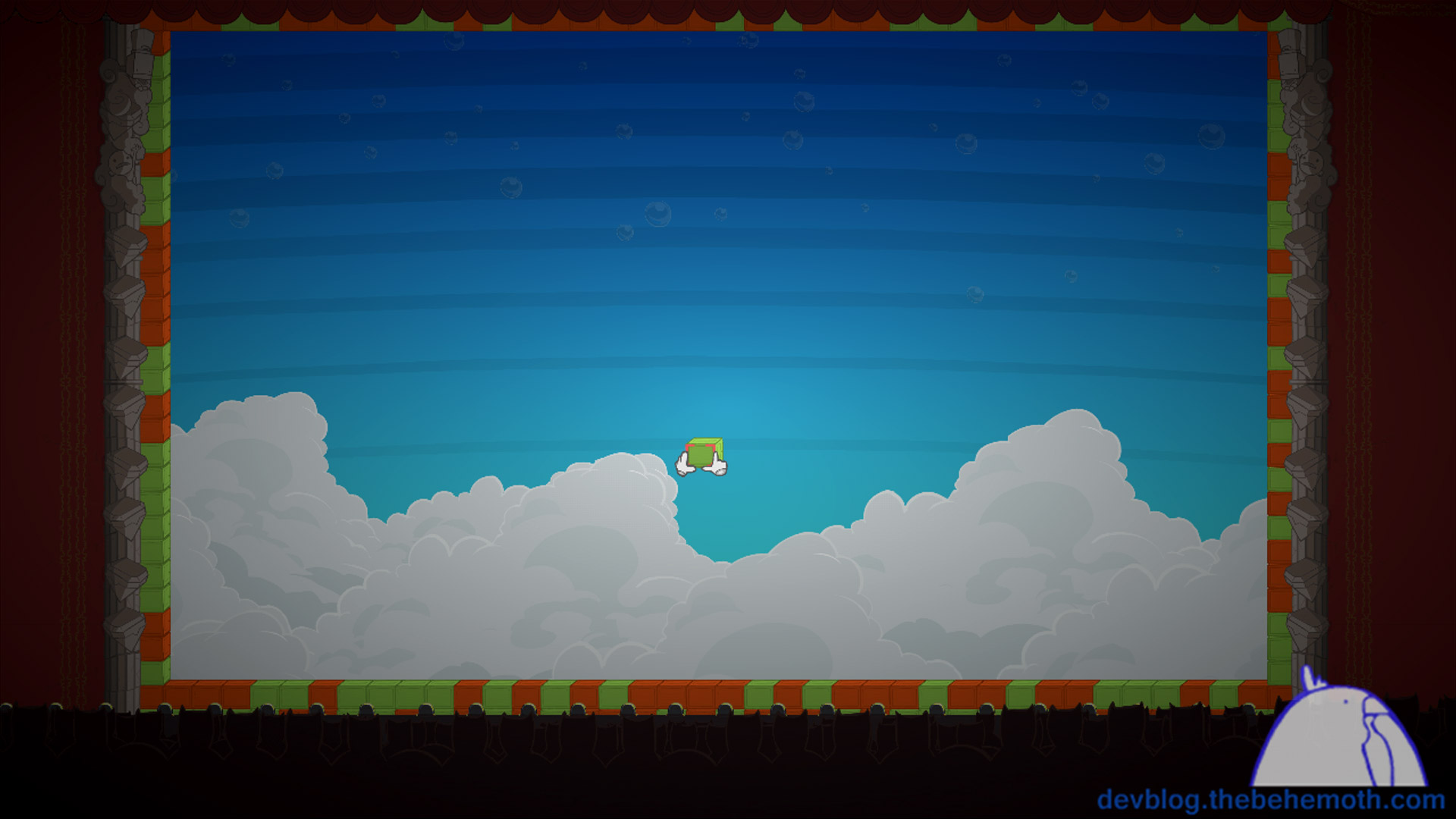 BattleBlock Theater is more than a collection of goofy blocks

With well-implemented platforming mechanics that hold up across game modes and intelligently designed levels that always offer challenge and reward ambition, BattleBlock Theater is a great genre-bending 2D experiment. Taking an elaborate collection of blocks and engineered something special with it, The Behemoth has created a player experience far more sophisticated than the goofy theme belies.