We all love video games, but they can be better.

That was the sentiment driving Different Games, a conference held this past weekend at the Polytechnic Institute of New York University in Brooklyn. Individuals involved in various aspects of the game industry — developers, critics, academics, journalists and more — gathered for a two-day summit from April 27-28 about diversity, difference and inclusivity in games and culture.

For a collection of discussions featuring such a diverse array of people, Different Games was remarkable in the level of agreement between them. Panelists often referenced previous presenters to build on their points, whether from a flashy slideshow presentation or a relatively dry research paper. A series of panels and workshops focused on what the organizers perceived to be rampant problems with the game industry, covering well-trod ground (harassment in online gaming) as well as topics with lower awareness (cultural assumptions in game design).

While most of the presenters brought up different issues, or at least, new angles on previously discussed problems, everyone was in agreement that they were indeed serious issues that the game industry is doing a poor job of addressing. A few themes and narratives emerged in hours' worth of panels, if not answers to the questions being raised or solutions to the problems.

A number of the presenters discussed the harassment that people, especially women and minorities, often encounter when playing games online. Gabriela T. Richard, a doctoral student at NYU's Steinhardt School of Culture, Education and Human Development, discussed a study she did in which she asked Latino gamers about their gaming habits and experiences. The female respondents were more sensitive to what they saw as a lack of variety in the choices of games available to them, let alone games tailored to female players. The survey's male participants noted a lack of ethnic representation in games — few non-white characters — though they were less sensitive to that issue than the women were to the lack of choice.

In Richard's study, the subjects noted that non-white male characters tended to be stereotypes, while female characters were hypersexualized. Female players had to deal with gendered insults online, while men often received ethnically charged harassment. The men either became accustomed to the abuse, or decided to preclude the harassment by playing with their microphones muted and forming supportive communities with other friends of color. Harassment, Richard pointed out, is an exclusionary practice — it seeks to keep gaming confined to a niche audience of self-styled hardcore gamers.

online games sit at the intersection of sports and tech, fields where "hegemonic masculinity" is enforced

Staci Tucker, a doctoral candidate at the University of Oregon, offered an explanation for the hate speech and harassment online. She posited that online games, as a competitive endeavor whose participants are often tech-savvy, sit at the intersection of sports and technology. They naturally are fields where "hegemonic masculinity" is enforced, said Tucker — male-dominated fields.

Designers often run into trouble when they try to rectify those deep-rooted inequities. In critiquing games for girls that tried to encourage and including female desires, interests and preferences, Richard found that they unintentionally pandered to stereotypes. And developers bring their own biases to the table, whether they're conscious of them or not, argued Mohini Dutta, co-founder and director of narrative strategies at Antidote Games, and a designer of serious games about issues like climate change.

In a talk called "Games Colonialism: Cultural Assumptions in Game Design," Dutta recounted her time spent designing games in Indonesia. She began playing physical games with dice, and noticed the players shied away from those games, though she couldn't initially figure out why. Dutta eventually realized that Indonesia is a largely Muslim nation, and in Islam, gambling is a serious sin.

Dutta is originally from India, but she learned her approach to game design in the West. Much of popular game culture, she said, is Western- or Eurocentric; Western games often include elements of games of chance such as dice and playing cards. She put forth a concept she called "games colonialism," a version of colonialism she defined as "when one group uses its games to prioritize its tastes onto another people."

In attempting to play dice-based games with Muslim children, said Dutta, "I participated in this cycle of cultural oppression by failing to recognize the problem" because "my own game design practice is based in Western-style game culture."

This, Dutta argued, is one of a few major systemic issues in the design of serious games. Their designers work in cultural isolation from players, and build games based on assumptions about those cultures; content experts are academics who rarely have a better cultural perspective; and the effectiveness of the games is never tested. "The end user is the last priority," she added. 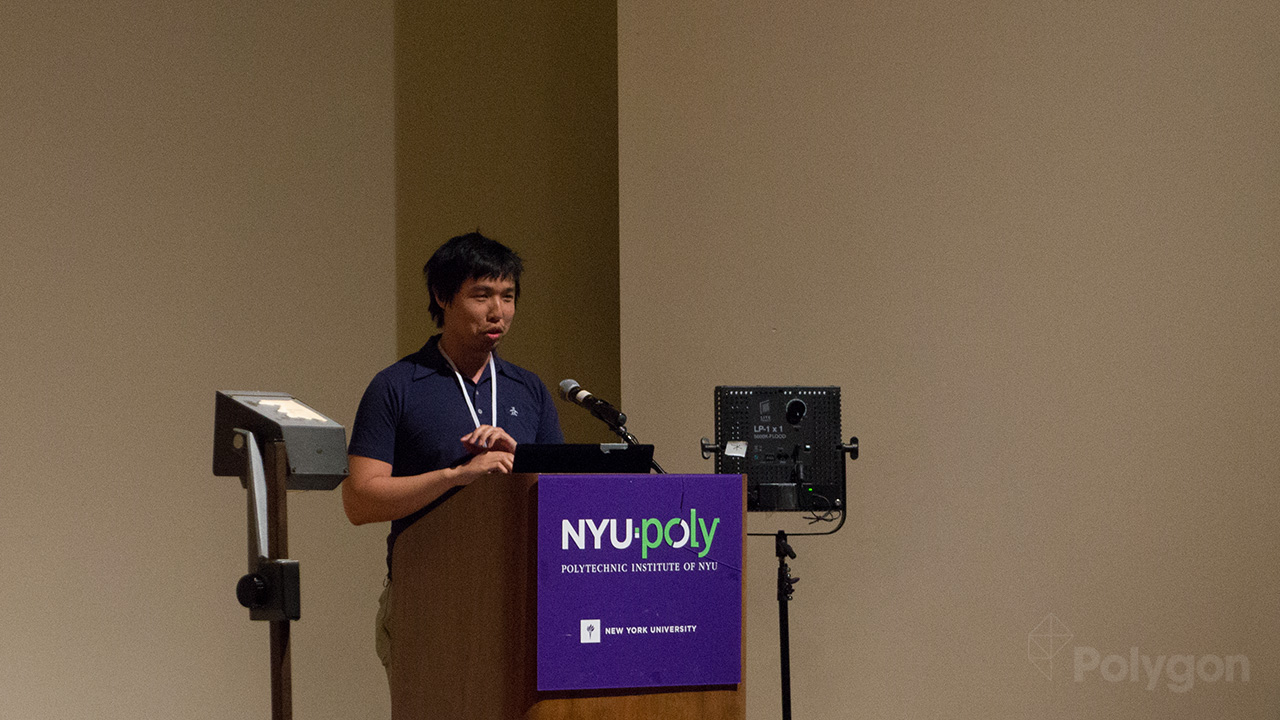 The best solution to pervasive problems with diversity and inclusivity in games, said many of the speakers and panelists, is to increase the diversity of the people making games — an argument others have espoused, including game developer and writer Kim Swift. The best way to do that, the Different Games presenters argued, is to democratize game development.

Alison Harvey, a postdoctoral research fellow at the University of Toronto, highlighted user-generated content as a way that some games are allowing players to become creators. Her lecture focused on an audience that few designers account for — children with physical disabilities. According to Harvey, user-generated content is vital because it provides "radical customization" that allows for innovative sensory inputs and other disability-oriented tweaks. It also challenges the typical relationship of adult production and childhood consumption.

Other speakers discussed modern tools like Twine, the free adventure game creation engine that requires no programming knowledge. Mattie Brice, a critic and game designer who happens to be a transgender individual of mixed race, pointed out that game development has high barriers to entry — it typically entails a set of specialized skills, equipment and education, and those requirements tend to limit the diversity of voices in development.

"I've never had access to an engineering education, to all the technical skills, to the tools that even these indie developers are using," said Anna Anthropy, a transgender game developer and critic and the author of Rise of the Videogame Zinesters. Anthropy is known for games such as Dys4ia, an autobiographical Flash game about her experience with hormone replacement therapy. She pointed out that developers like her aren't just making different games; they're forced to make games differently because they don't have the same resources as others.

Anthropy argued that it's vital for the wider audience, let alone marginalized individuals such as Brice and Anthropy, to be able to make games. As an interactive experience, a game can be a powerful empathy engine for creators to get a message across to players, which helps make games just as important a method of communication as other media. But according to Anthropy, most modern games aren't interested in empathy.

"The culture of video games is an empathy-challenged culture"

"The culture of video games is an empathy-challenged culture," said Anthropy. "As a trans woman, I exist in a society that is continuously trying to erase my existence." The final presenter, Temple University assistant professor Adrienne Shaw, also touched on this issue in explaining why diversity is so badly needed among games and their creators. "Many marginalized audiences have simply given up on the video game industry," she pointed out.

That seemed to be the overarching theme at Different Games: making everyone who creates and plays games feel welcome, and not giving up on the medium's potential for empathy and change. The conference demonstrated that it's premature to say we've reached a tipping point in terms of how inclusive and diverse the larger game industry is, but the existence of Different Games alone — the fact that people within the industry as well as outside observers are asking these questions of game makers and players — is an encouraging sign for the future.

Correction: This article originally mentioned that Gabriela Richard designed some games geared toward girls. She did not design them, but critiqued them. Mohini Dutta was designing games in Indonesia for adults, not children. We've updated the article to reflect this.