It's hard to say what Far Cry 3: Blood Dragon is.

Let's get this out of the way first. Far Cry 3: Blood Dragon is not downloadable content for last year's Far Cry 3 — it's available as a standalone product that doesn't require the original game. It's not a sequel in any way. But it's still got that "Far Cry 3" part in the title. In the greater scheme of consumer messaging and marketing, it's difficult to say what this crazy neon thing is supposed to be.

That aside, Far Cry 3: Blood Dragon isn't totally inscrutable. With the loose, island-based open-world framework of its namesake, Ubisoft Montreal's bizarre experiment uses an amalgam of first-person shooting, stealth, and action-adventure as a lens to view '80s action movies and the '80s video games they inspired.

The condensed version of Far Cry 3: Blood Dragon's — intentionally, I think — laughably convoluted plot goes something like this: In the "future" world of 2007, an extended Cold War has yielded full-on nuclear annihilation for most of the planet. Cyber commando Rex "Power" Colt has been sent to solve the mysteries of an island full of cyborgs, mutants and VHS tapes.

Blood Dragon tries harder than just about any retro-flavored release I've ever played to fit in as much of its inspiration and, at times, points of ridicule as it can. It drips John Carpenter, Arnold Schwarzenegger, John McTiernan, cult action movies with audiences grown through mom and pop video stores, even the bizarre tough guy/tender emotions dichotomy that pushes so far through the cheese barrier that it circles around ironic and back again. It also aggressively courts memories of NES-era gaming conventions with its weapons, enemies and even cutscenes.

None of this is new, and we're at some kind of event horizon of '80s nostalgia where every new product mining the absurdity of the Reagan years is closer to overshooting kitsch and colliding with schlock. But Ubisoft Montreal has cleverly arranged Blood Dragon's influences as filters for the game itself. There's a surreal game of Telephone being played here — many references are twice removed from their original source. Is that joke from a movie as remembered by a video game? Or is that a joke as seen by the video games that took inspiration from their movie contemporaries, as confined by the limits of eight bits?

It's not that Ubisoft Montreal is combining its influences carelessly. There's an understanding of the sights, sounds, dialogue cadences, one-liners, of why everything worked in the movies or games they've been plucked from. References and influences are obvious when Blood Dragon wants them to be. As a child of the eighties, it all hit me hard.

Amidst the stylistic shock and awe is a game that takes the basic structure of Far Cry 3 and simplifies it. You're still running around an island, liberating enemy controlled zones — garrisons this time, rather than outposts — and unlocking hunting and rescue side-missions. Blood Dragon is as much about environmental traversal as it is about blasting enemies. You'll navigate through tall grass and swamps, climb ledges and do some minor platforming, all while avoiding or engaging the various living hazards. This includes the wildlife roaming the island, almost all are "cyber" version of a normal animal, except the titular creatures themselves. 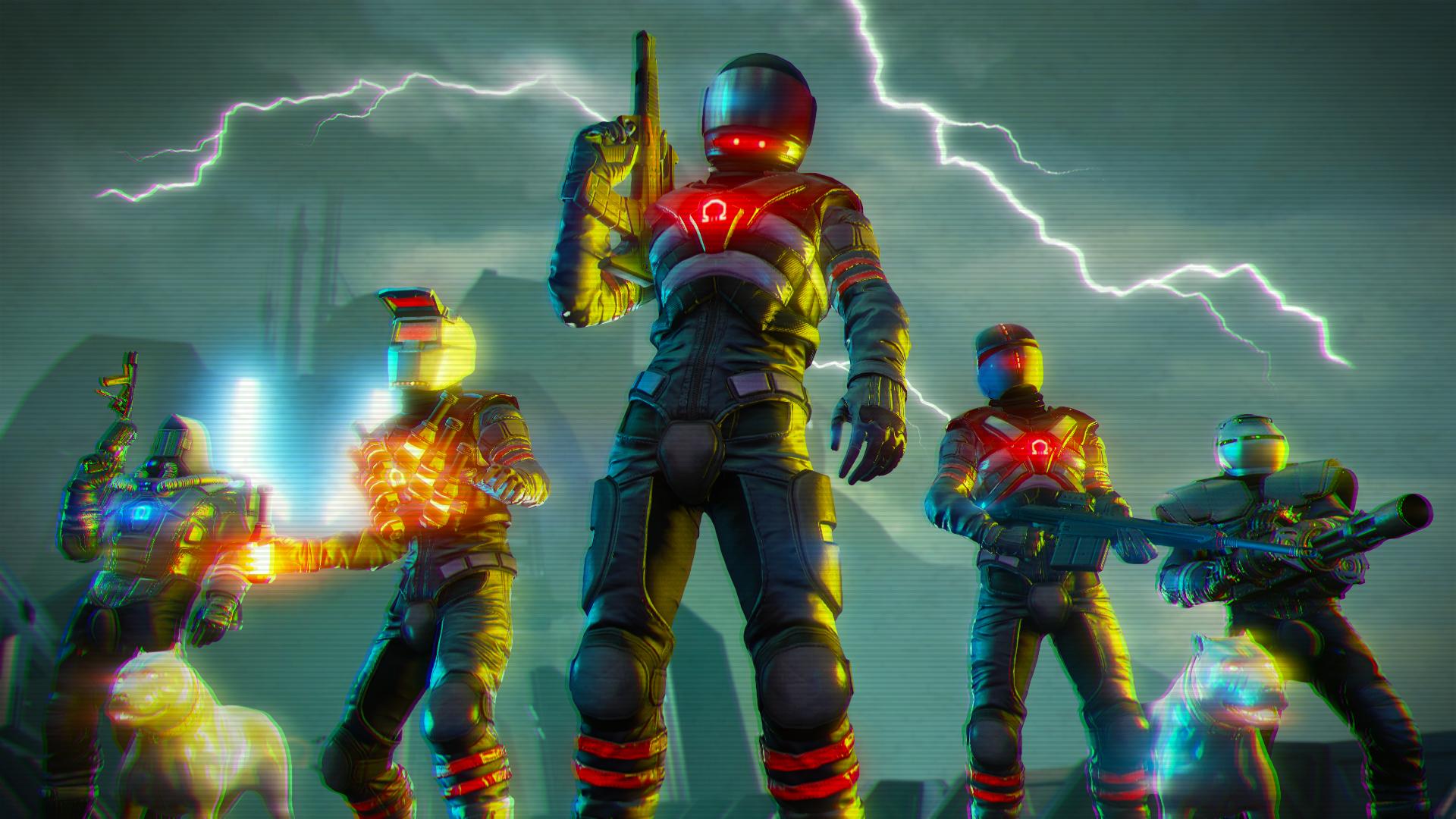 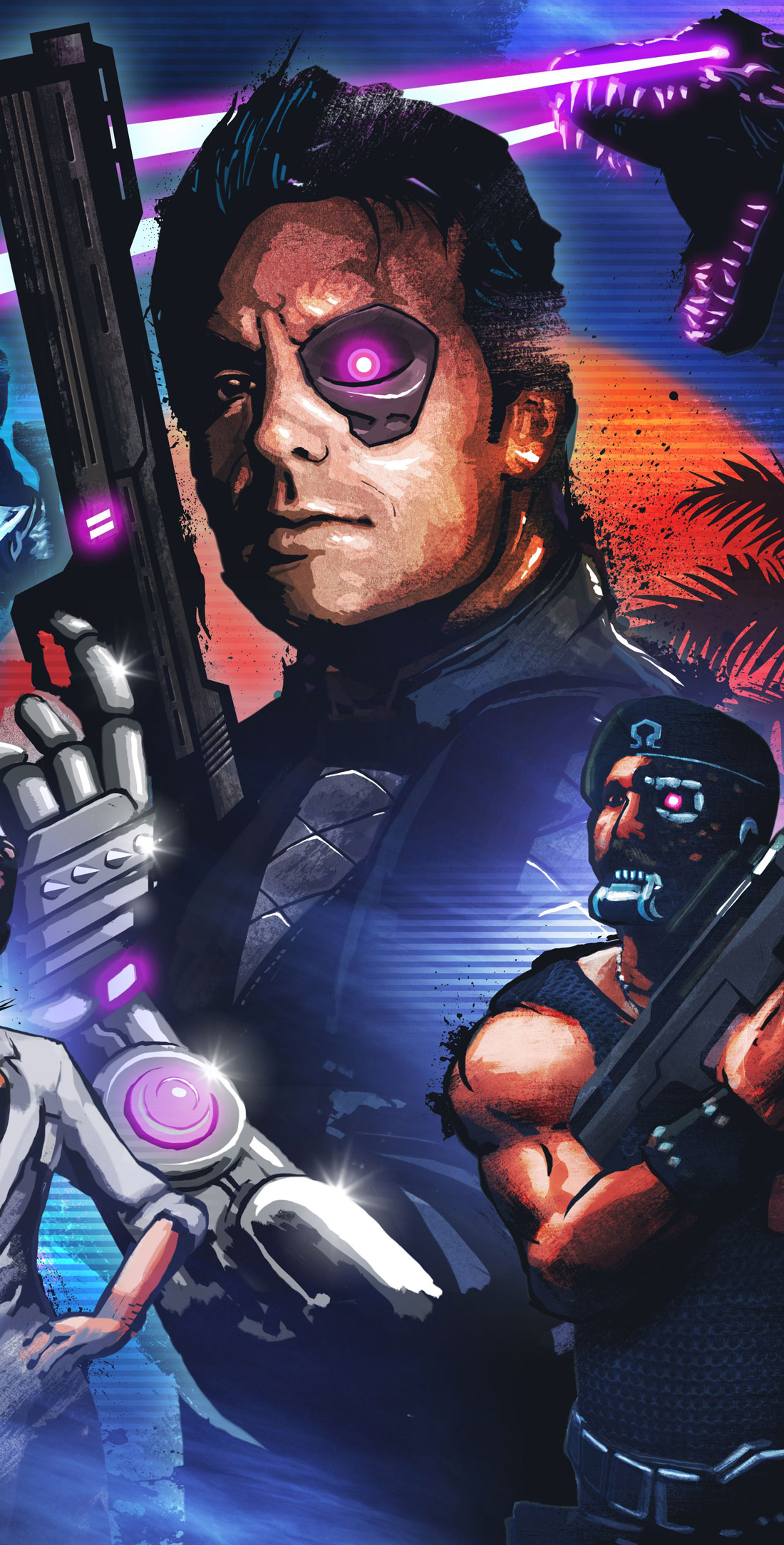 The blood dragons are the best thing about, well, Blood Dragon. Somewhere between a giant gila monster and Godzilla, they are the undisputed heavies of their domain. They're enemies to be feared and generally avoided, but they're also tools in and of themselves. Killing a cyborg yields money to buy upgrades and ammo, sure, but it also coughs up a "cyber heart," which can be thrown to draw the attention and ire of giant monsters that shoot lasers out of their eyes. 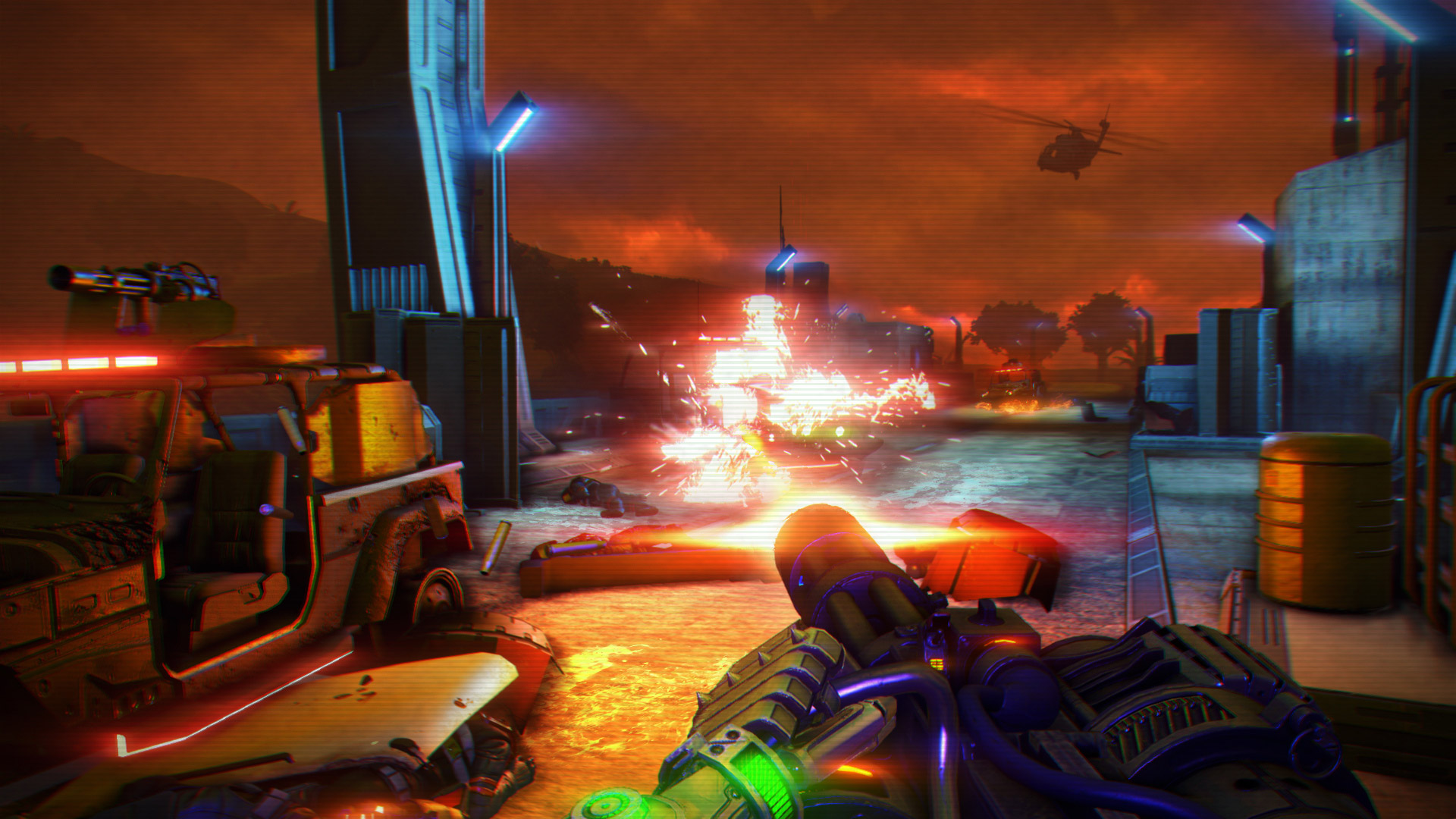 Interacting with the blood dragons and taking down garrisons are the best thing about the game. I always expected a certain amount of carnage while setting the outposts up to fall, but the blood dragons always exceeded any predictions. It never got old, though it sometimes felt more like watching than participating. But more frustrating moments like this are the closest Blood Dragon comes to the emergent action experience of Far Cry 3.

Unlike Far Cry 3, Blood Dragon is replete with systems that aren't very strongly tied to together. You can hunt animals, but all you get is money — the crafting system from Far Cry 3 is gone completely. Completing side missions unlocks weapon upgrades, but you have almost all the weapons you'll ever get early on. The upgrade tree and character customization are gone in favor of pre-determined upgrades at every level. It's impossible to tailor Rex to your playstyle, he's always going to grow in the same direction. His upgrades are cool — though often lifted directly from Far Cry 3's Tatau system — but I felt less attached to him as my character, because I wasn't making choices about my progression.

These bleed motivation out of non-mission critical activities. In Far Cry 3, you could do what you wanted how you wanted, but it gave you reasons to do almost all of it. Blood Dragon lets you do a lot, but it's all busywork or, at best, experience grinding. As a result, I didn't spend much time exploring and conquering between story missions, which are left to fill the gap.

These missions range from Escape from New York-style infiltration to Commando-tinged assaults on enemy barracks and bunkers. These lack the sort of random potential for excitement inherent in the island at large, but offer more humor, more references, and some really, really pretty explosions. And that's the thing: Blood Dragon leans on that prettiness, on that humor, on nostalgia and references. It's the glue that holds everything together amidst systems that aren't so intelligently connected. And it DOES hold things together. Blood Dragon is a much more manageable open world title than its bigger, more sprawling retail competition. Depending on your play style and your predilections toward stealth or violence, clearing the island completely will run from 7-12 hours, and that's not a bad thing.

Though not as deep as it seems, Blood Dragon borrows and steals well enough to work

And that's the elephant in this particular room: Far Cry 3: Blood Dragon is a downloadable, stand-alone title that could stand with many AAA offerings on the shelves. It's not as deep, it's not as long, it's not as developed â but at 15 bucks, it doesn't need to be. As an experiment in nostalgia and appreciation of '80s movies filtered through '80s video games (filtered through modern game design and visuals), Blood Dragon is a good time that borrows and steals artfully enough to get away with it.