Call of Duty: Ghosts launching Nov. 5, according to leaked poster

Share All sharing options for: Call of Duty: Ghosts launching Nov. 5, according to leaked poster

Call of Duty: Ghosts is the next Call of Duty game and is launching Nov. 5, according to a GameStop promotional poster leaked to IGN.

Call of Duty publisher Activision launched a teaser site for the next entry in the franchise yesterday. The image on the site has now been fully revealed as the skull mask worn by Lt. Simon "Ghost" Riley, a support character who appeared in 2009's Call of Duty: Modern Warfare 2. The Modern Warfare series was developed by Infinity Ward, and the promotional poster for Ghosts features the studio's logo, which signifies it is also being made there.

The Nov. 5 release date matches retailer listings for Ghosts that leaked last week. Those listings, along with box art, suggested the game is in development on PlayStation 3, Xbox 360, Windows PC and Wii U.

You can check out the poster below. 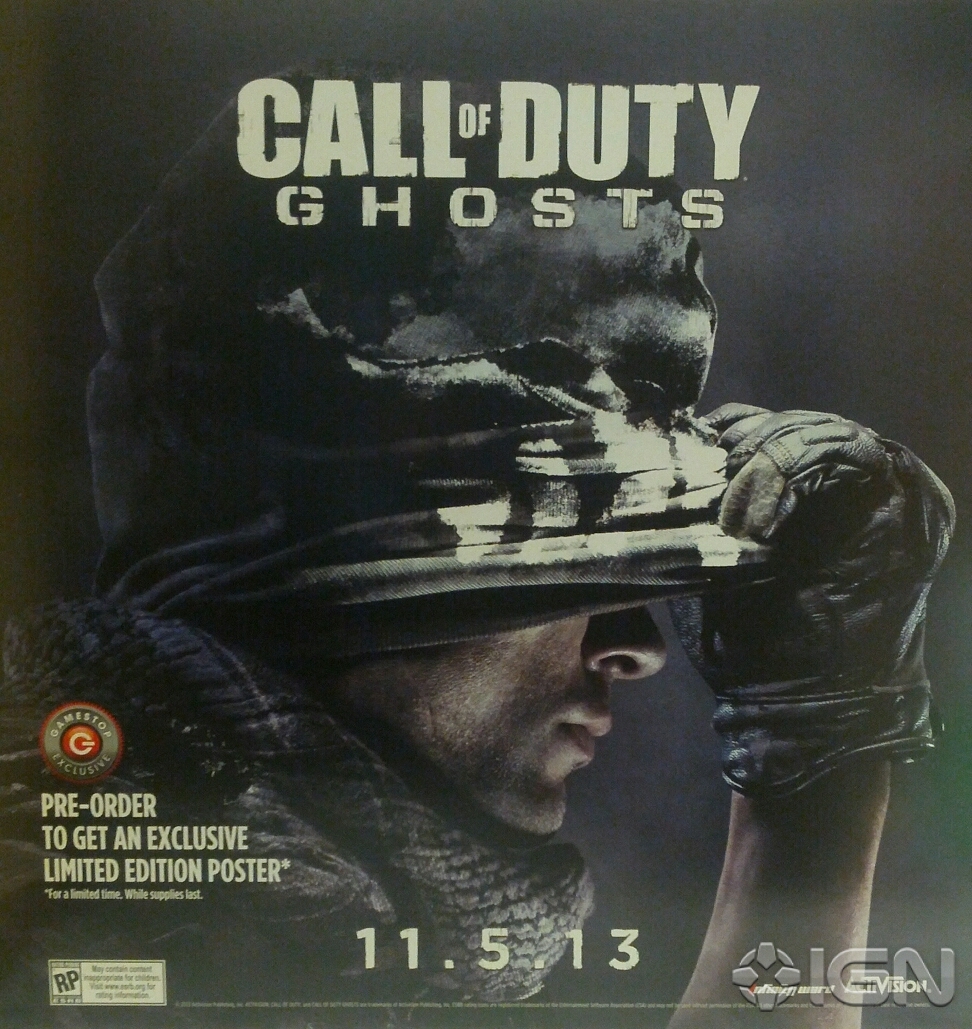