"What I want is to kill this guy and have cool stuff drop and get items," Diablo 3 game director Jay Wilson said, showing an image of the game's titular enemy. "But this is actually what happened." The slide features images of Batman and Iron Man and reads "Money: best superpower ever."

Wilson's panel during last week's GDC titled "Shout at the Devil: The Making of Diablo 3," covered the design goals of the long-in-development project as well Wilson's feedback on how well developer Blizzard Entertainment did in achieving them. One of the most notable acknowledgements was the team's displeasure with the controversial real-money auction house, which satisfied some of its design goals but also "really hurt the game."

One of the key goals for the for the auction houses — both the real-money and in-game gold variants — was to reduce fraud. "A lot of people are going to third-party websites, getting their account information and their credit card information stolen," Wilson explained. "If they don't have a desire or a need to go to a third-party website, that's going to happen less often."

That assumption, that Blizzard-hosted auction houses would reduce fraud, drove much of the creation of the service. Wilson said, "It provides players with a wanted service. All we had to do was look at the Diablo 2 community and see how many services came up around trading and selling items. We could tell this was something that some portion of our player base wants."

"I balk at an iPhone app that costs more than $2," Wilson said, laughing. "Am I really going to spend a ton of money on an item in a game?"

Another assumption was that "only very high-end items would be worth very much." The team assumed that the market would be flooded with low-value items that would be effectively worthless while items "at the very, very top" would be "worth everything."

So the Diablo 3 team created the auction house system to reduce fraud, believing that very few users would use the service and, for those who did, items would be limited to the highest end. So, how'd they do?

"It does reduce account fraud, at least anecdotally," Wilson said. "In every region we have it in, account fraud is way, way lower."

"We were also totally wrong on any kind of limits on volume. People put everything on the auction house because there's just no reason not to."

That proliferation of goods means that the self-limiting economy the team envisioned never happened. "We were kind of guessing at the impact it would have and it had a much bigger one than we expected," he said.

"It's not good for a game like Diablo," Wilson said. "It doesn't feel good to get items for money. You get items for killing monsters.

"The result is both auction houses damage item rewards. I know a lot of people like to pick on the real-money auction house but the truth is the gold one has much higher volume and in the long run we feel actually does more damage than the real money one does.

"They both really hurt the game," he said. "And this is unacceptable to us."

However, removing the auction house isn't as simple as just turning it off. "How many people like the auction house versus hate it?" Wilson asked. "We don't know. If we take it away, players don't like having stuff taken away. Are those people just going to be unhappy and leave?" 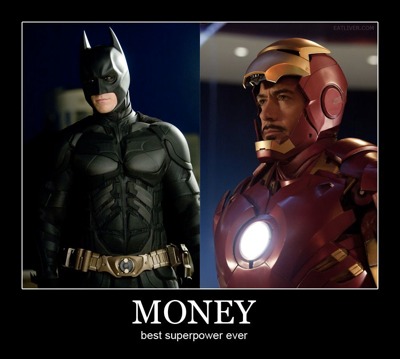 "It's a real tough question for us. It's not as easy as just turning it off. I think we would turn it off if we could," he said. "This is something I know the team talks about every week and wants to fix."