City Interactive's first-person shooter takes sniping, which is often reserved for one-off missions inside of larger shooter campaigns, and expands it to fill a retail disc. It focuses on ordered, precision-based encounters, not the bullet-hail chaos that dominates the military shooter genre.

Sniper: Ghost Warrior 2's willingness to ignore the FPS formula creates some unique situations and, despite a sniper's solitary nature, often fosters a sense of teamwork by casting you in a support role for distant AI partners. But like a scope at full zoom, its focus on a solitary target obscures other possibilities.

Sniper: Ghost Warrior 2 puts you right into the action. You play as Captain Cole Anderson, a soldier with a bad habit of questioning mission objectives and pissing off his by-the-book superior officer. I learned this during a short mission briefing before I found myself waist-deep in a jungle river on my first clandestine assignment.

The environments look like sandboxes but function as corridors 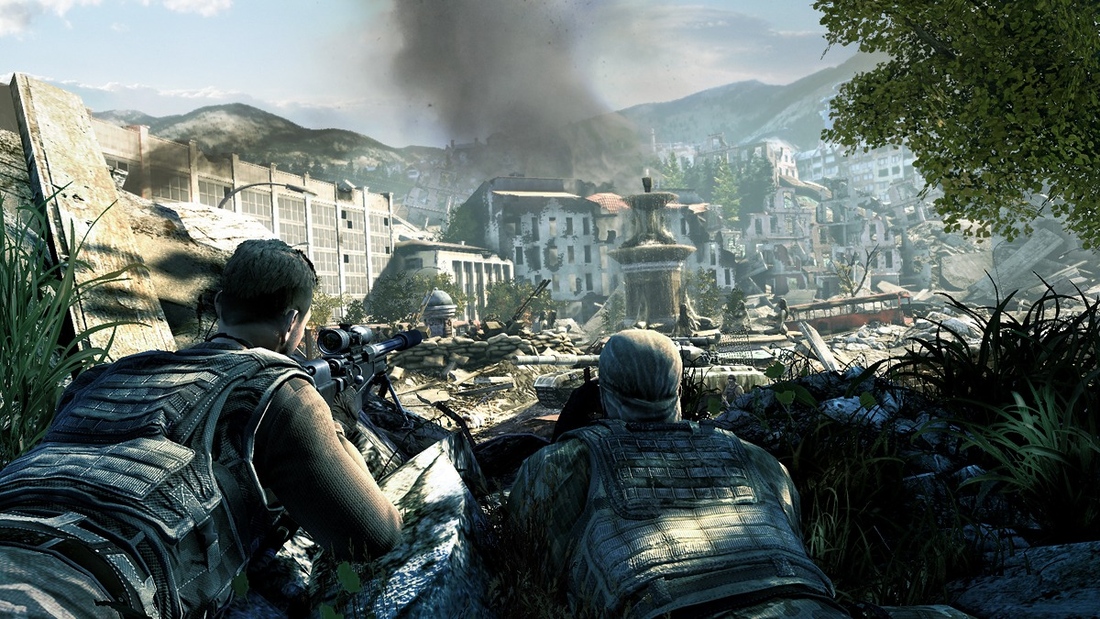 Though it looks and controls like a modern military shooter, Sniper: Ghost Warrior 2 shares more in common with the stealth genre than a typical FPS. Encounters are staged and slow, focused on finding and dropping your unsuspecting enemies one by one. The smartly executed first level paired me with an AI ally who taught me about the sniper lifestyle and the advantages of tactical strikes — knowledge that I continued to use throughout the six-hour campaign. 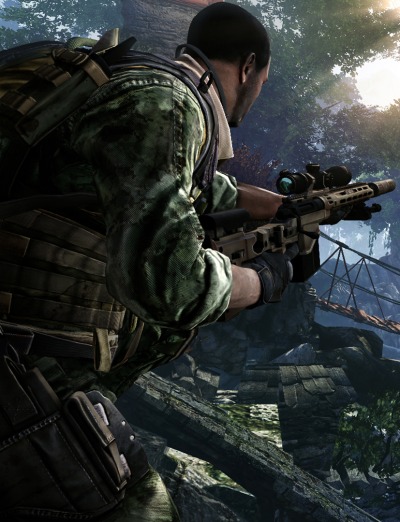 Most of the time, Sniper: Ghost Warrior 2 arms you with only a single weapon and enough ammo to get your job done. The environments look like sandboxes but function as corridors. Some missions were paint-by-numbers affairs that told me who to shoot and when to shoot them. But in missions when I was alone, I had to plan well to dispatch enemies with minimal friction. Working out the best approach to clear an area made me feel smart.

Sniper: Ghost Warrior 2 also gives the option to go in with guns blazing, but enemies can pinpoint your location, even in pitch-dark area. Their superhuman vision and aim renders the choice absurd.

On a few occasions, Sniper: Ghost Warrior 2 offers viable alternate ways to outthink your foes. In one scenario, after several failed attempts to eliminate a gang of clustered enemies, I advanced by offing a rooftop sniper and belly crawling my way past the remainders. But situations like that are anomalous. Most of the levels force slow, tactical confrontation.

The linear structure makes Sniper: Ghost Warrior 2 feel claustrophobic despite the often massive draw distances CryEngine 3 affords. Even when I was perched far from the action supporting friendlies through my scope, my agency felt limited. Success required little more than patience, as I waited for my comrades to call my targets.

Instead of feeling like a participant in the drama, I felt like a passive theatergoer. The campaign's rigid linearity presents no meaningful choices or consequences beyond near-instant death for straying outside the lines. As Anderson, you are little more than a mouthy killing machine. Even set against a backstory about the dangers of dehumanized killing and betrayal, the solution to all problems lies at the point of a gun.

Yet even that gunplay is mishandled. Sniper: Ghost Warrior 2 sometimes makes the mistake of obscuring your surroundings — a fatal fault in a game where locating your enemies is a constant requirement. In one baffling scenario, I killed several enemies I never saw. Instead of pinpointing their locations, my TV screen was completely green, my view clouded by plant life. Any movement meant discovery, which meant instant death, so I just adjusted my reticle until it turned red and pulled the trigger.

The game also suffers from several technical hiccups. Twitchy textures pop in and out as you make your way through levels. On a few occasions, individual characters would talk over themselves as sequential lines of dialogue overlapped. Worst of all, the game contains a glitch that forced my character to start slowly moving backwards at random — a problem I ran into on two Xbox 360s with two different controllers several times.

Sniper: Ghost Warrior 2 is a capable sniping simulator overwhelmed by technical hiccups and shallow drama. The few occasions where the game rearranges its own formula are laudable, but the freedom for player creativity was too rare to sustain my interest or suspend my disbelief for long. If nothing else, Sniper: Ghost Warrior 2 makes it easy to identify with Captain Anderson's lot in life. By the end of the game, I'd also grown weary of just following orders.