Toy designer threeA Toys unveiled its final versions of Portal 2's droids Atlus and P-Body, along with a few Lost Planet figures, at its event at Beast Kingdom Toys in Taiwan.

The two droids feature detailed wear and tear, such as scuffs, chipped paint and a grimy texture finish to bring the "harrowed testers" look together. As for threeA's Capcom partnership, the designer showcased a human soldier and a Vital Suit from the Lost Planet franchise.

No release or pricing information on either products have yet been announced. Photos of the figures and the event can be viewed here.

The unveiling comes after a Portal fan created a GLaDOS robotic arm ceiling lamp using an UP! Plus 3D printer. 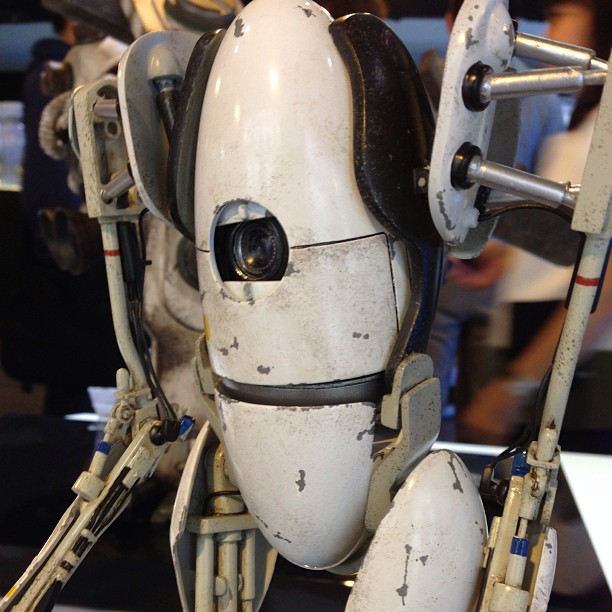