The third installment in the Batman Arkham series will be Batman: Arkham Origins, as revealed by the latest cover of Game Informer.

Game Informer reports that Arkham Origins will be available on Oct. 25 for PlayStation 3, Xbox 360, Wii U and Windows PC. The game is being developed by Warner Bros. Montreal, who have taken over from series' veteran Rocksteady Studios. Batman: Arkham Origins Blackgate, a companion game to the console version, will release on the same day for 3DS and Vita.

The game will take place chronologically before Arkham City and Arkham Asylum and will focus on a "young, unrefined' Batman as he battles many of his foes for the first time. The cover, posted below, also features the series villain Deathstroke, who has yet to appear in an Arkham series game.

Blackgate will be a "completely separate experience" taking place after the events of Origins. The game is in development with Armature Studio and will be a 2.5D Metroid-style exploration game. 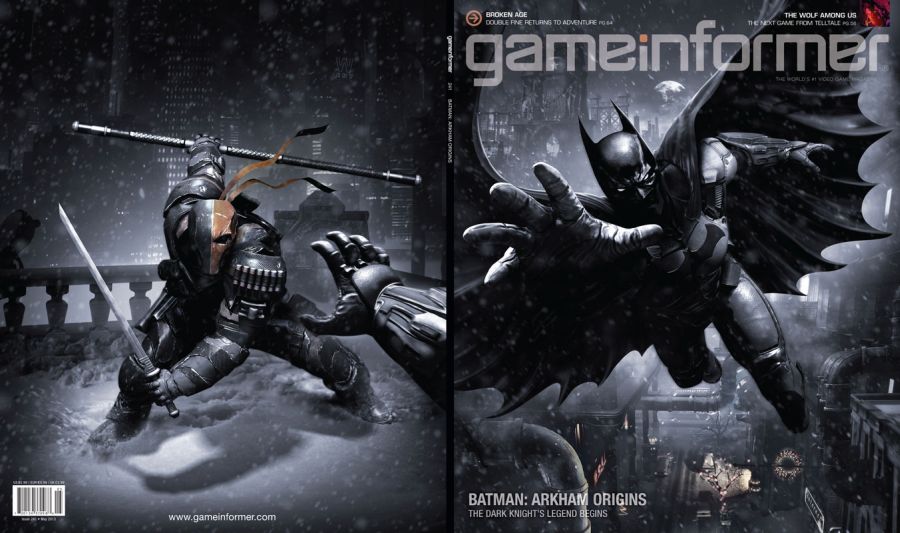